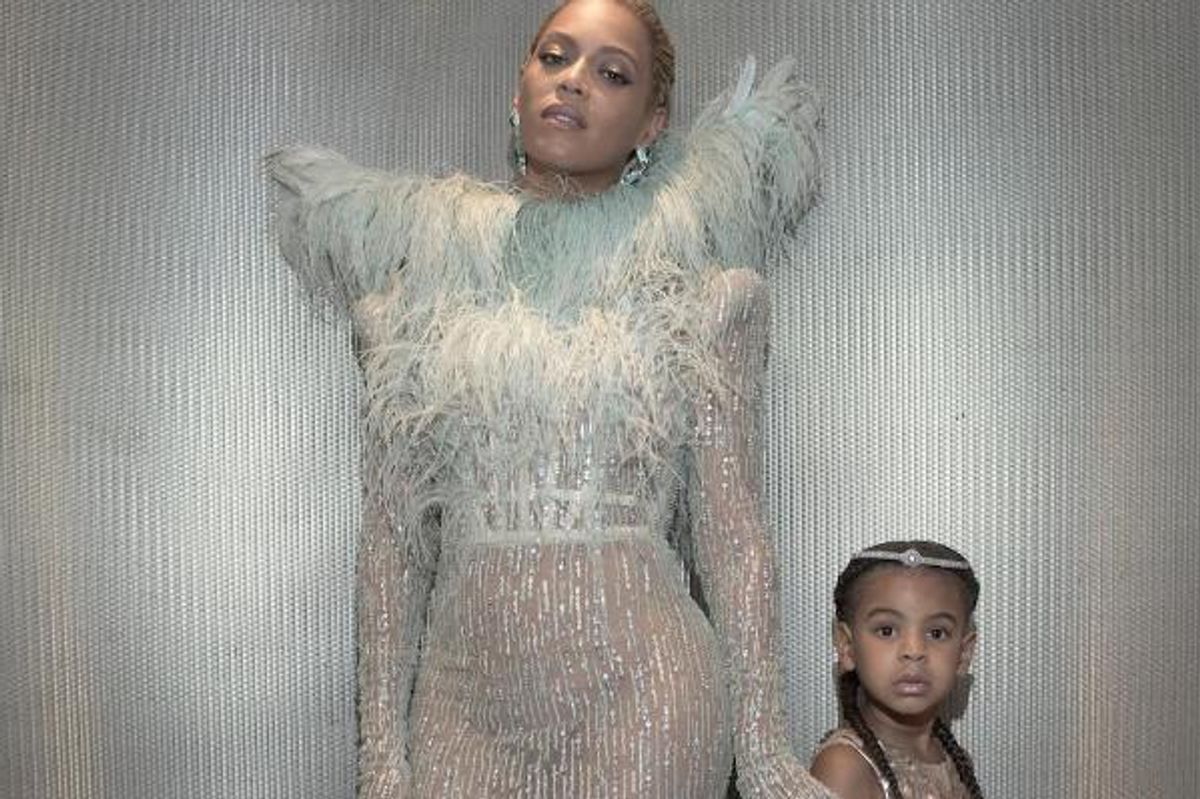 Last night, what felt like the entire world (minus Taylor Swift and a very late Drake) descended upon Madison Square Garden for the MTV Video Music Awards -- a 32-year-old ceremony that in recent years has become notorious for its virality-seeking, buzzworthy moments and capitalizing on the social clout of certain attendees. And while some snub the VMAs for its habit of pandering to celebrity fueds, this is precisely what makes it one of the most watched and relevant award ceremonies currently in existence. Acting as a reflection of what's currently happening in the world of entertainment, which itself has begun become a reflection of racial and identity politics as of late, there's no better barometer for what currently matters than this particular night in entertainment.

Let tonight be a lesson that pop culture would be nothing without black women.
— Myles Brown (@mdotbrown) August 29, 2016

But, if that's true, then the night was a reminder that black artists, and specifically black women, continue to be the ones creating, shaping and definitively embodying contemporary pop culture. The flipside of this, however, is that it creates a Jumbotron-sized mirror that reaffirm the painful mediocrity of the night's featured white artists. And an irritating reminder that one benefit of white privilege is that artists tend to be graded on a curve, compared to their POC peers who have to work twenty times harder for the same rewards by extension.

There's no argument that Beyoncé's searing, earth-rupturing 15-minute medley Lemonade, an album almost exclusivity dedicated to black femininity, followed by Rihanna's radiant badness, performed four times over, and capped by a speech thanking black women for listening, were the clear winners of the night. But it only underscores the point that despite delivering the kind of resounding and lengthy performances (cumulatively, their stage time took up almost a third of the show) executed flawlessly and with more artistic grace than their nearest competitors. Yet, they were still deigned to share a stage -- somehow signaling to the audience that they share the same level of relevance -- with the likes of an uncharismatic G-Eazy and a rushed Britney Spears.

If anything, this imbalance only makes it more evident that white people, specifically men, are able to coast when it comes to their careers. In this context, the Chainsmokers' performance of "Closer," a song critically panned for its two-note, preset-sounding instrumental, is an affront. To reach what's undeniably one of the biggest stages for pop culture, and perform alongside music's biggest stars, the old rules still apply: you apparently don't need much if you're white. Or, you just need black culture as a springboard. Take Calvin Harris, who won Best Male Video over Drake's "Hotline Bling," which was easily the biggest meme of last year. Harris is open about the fact that he used his current moniker, because it sounded more "racially ambiguous" than his given name.

And while this may merely be a reflection of the charts (The Chainsmokers's "Closer" currently occupies the #1 spot on Billboard's Hot 100 list), there's still something off-putting about pairing these legends with a group of (exclusively white) up-and-comers who will, in all likelihood, fade into the background come the next decade. Erasure is real: where was Chance the Rapper's performance? Or Kehlani, whose single "Gangsta" is currently #43 on the Hot 100? Or stage time for any of the young, rising artists of color like Desiigner, whose track "Panda" has been inescapable for several months? He lost "Best New Artist" last night to Joe Jonas' new band, DNCE, despite "Panda" still occupying #17 on the Billboard charts, while DNCE's current hit "Cake By The Sea" is currently at #47. Or Tinashe, whose video for "Superlove" garnered over a million views in a day and a half. Or Lil Yachty and D.R.A.M. for their mega-hit "Broccoli"?

And though there's no accounting for taste (see our current Republican presidential nominee), it's no secret that musical celebrity tends to play into larger socioeconomic factors such as label marketing, lifelong privilege (that takes form in everything from the ability to afford equipment to pursue music full-time) and the tendency for big execs to make safe bets on tepid artists with crossover appeal. Black women, in this sense, are easily forgotten. There's no room for rising black female success -- the threshold is much higher than anything set for G-Eazy or Nick Jonas. Either you are a titan or you're ignored come awards season, per Kehlani, Tinashe or Chloe x Halle.


Because no one will argue that G-Eazy or the Chainsmokers have the ability ascend to the level of Beyoncé, or even that Ariana Grande's legacy will be the subject of Sociology courses or have the same level of cultural impact that collaborator and groundbreaking female rapper Nicki Minaj will eventually reach. These people being placed in the same sphere as both the most decorated VMA winner of all time and the night's Vanguard recipient, only highlights the industry's continued "either/or" dichotomy between black excellence and white mediocrity.

More importantly though, it signals that the industry and huge media conglomerates need to shift toward accommodating the rising black artists making fascinating, boundary-breaking music that kids actually listen to. A lot of great music is still coming from the artists who are changing the way we consume music and allow the artists at the top, like Beyoncé, to take the creative risks they do -- so why place yourself ahead of the curve?