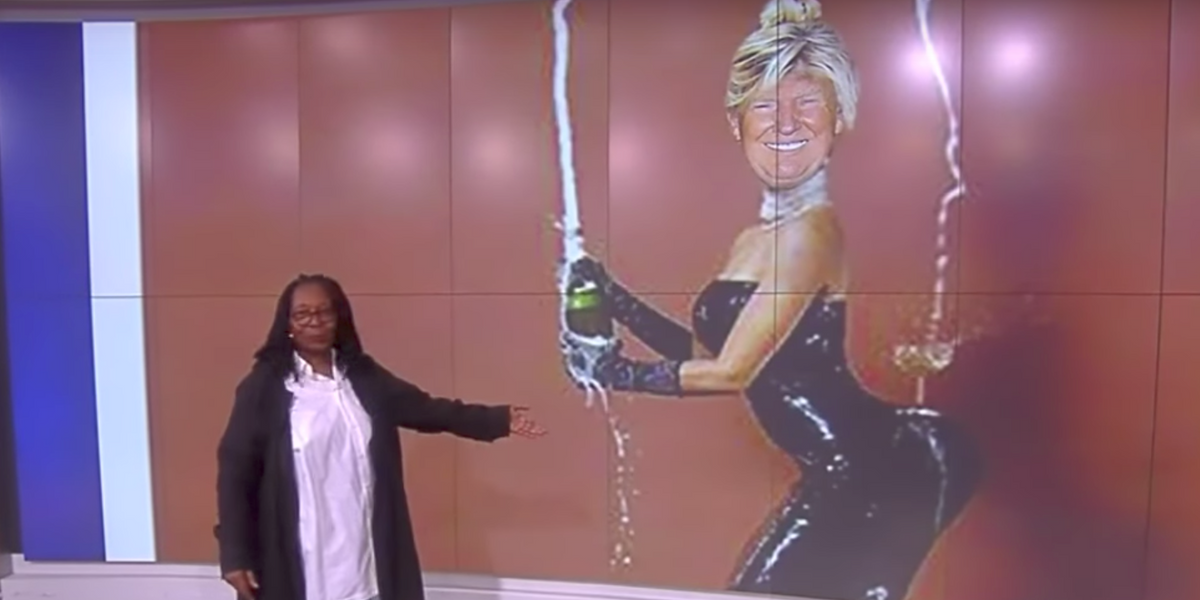 We've long since questioned Trumps authenticity with respect to his tan, his hair, his ability to force another nation to a fund a wall on their border, but this week reports emerged that Trump hung fake TIME covers featuring his moldy butter chicken-self in his golf clubs. The very definition of, how do you say, "fake news."

The magazine affirmed the covers were not real, you'll remember Trump once falsely claimed he had the most covers ever (it is Nixon, in fact, who currently holds the record with 55), but fabricating a cover is just plain tacky. So, so tacky. Trump's version in particular looks like it was done on Microsoft Paint. TIME has verified its falseness and asked for it to be taken down.

But The View was not going to let this one lie. Whoopi took it upon herself to superimpose Trump image on three other iconic (self-congratulatory, I know) magazine covers through time, first as the Navy sailor for LIFE, then Michael Phelps on Sports Illustrated and finally, Trump became Kim Kardashian for PAPER's "Break the Internet" cover.

Goldberg finished off her roast by showing the audience a real cover image featuring Trump from MAD magazine that is currently on stands. All in all, job well done.

Watch the full segment below.