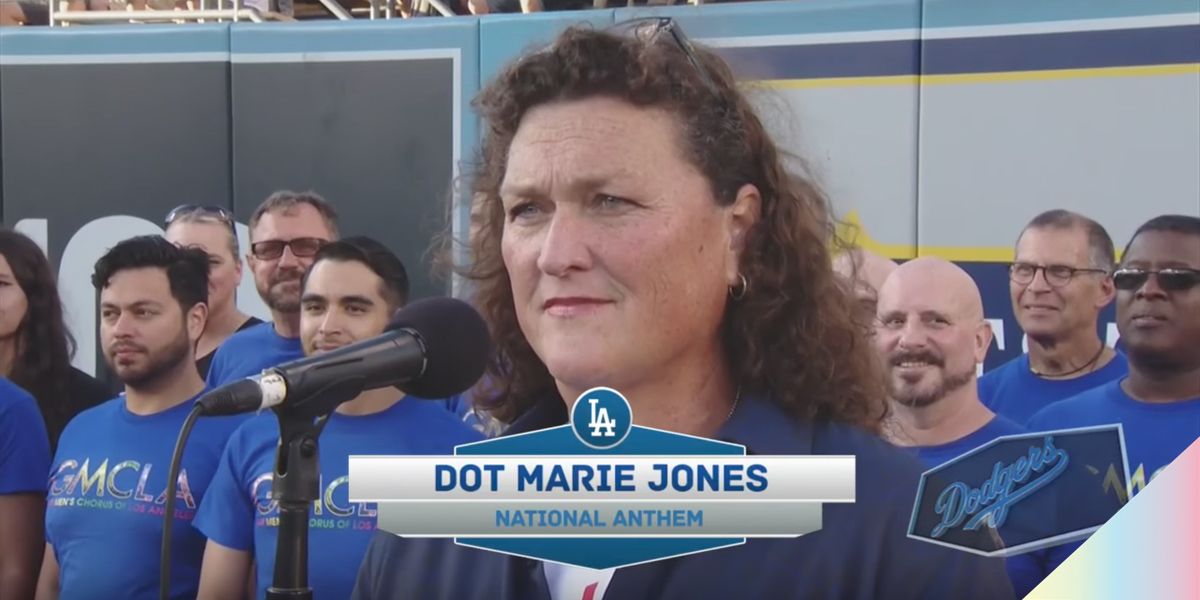 The Trans Chorus of L.A. Performs at Dodgers Game

Last Friday (June 9), the Trans Chorus and Gay Men's Chorus of Los Angeles performed the National Anthem at a Dodgers game, and the video has finally hit the web. The performance came as part of the Dodgers' Pride Night, which was the official kick-off party of L.A. Pride. Leading the rendition was actress Dot Marie Jones—well-known for her role as Coach Beiste on Glee. Every year, attendance of Pride Night grows, which Dodgers VP and CMO Lon Rosen says is all about fan experience. "People from across sports have asked us what has made our LGBT Night resonate and grow so much over the past five years and I think the answer is pretty simple. We practice what we preach….they aren't just words when we say the Dodgers organization embraces diversity, inclusion and equality for ALL," he says, according to Outsports.

Watch the stirring rendition below.