The Trailer for The Source Family Documentary Is Chilling 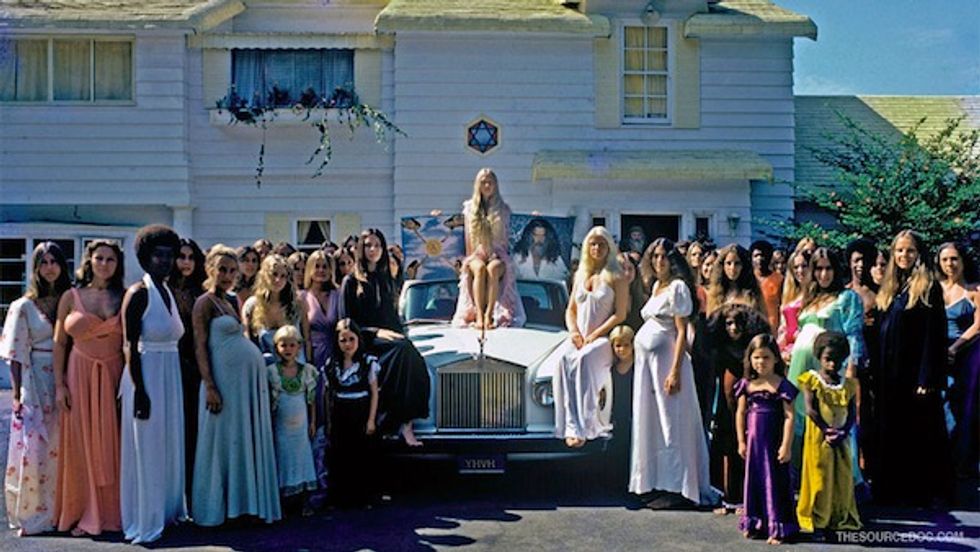 In the 1970's, a wealthy health food store owner named Father Yod formed a controversial spiritual commune known as The Source Family and promoted radical utopian ideologies centered around natural health and the benefits of communal living. Yod had 13 wives, drove a white Rolls Royce and had a psychedelic band called the Ya Ho Wa 13 that was a seminal part of the L.A. freak scene. The Source Family eventually fled abruptly to Hawaii but soon after Father Yod died in a hang-gliding accident (which is somehow not the craziest thing about this story), leaving the group to ultimately disband. Years later, members came forward to write a history of The Source and now a documentary has been made based on the book. And it's chilling. Sex, drugs, rock 'n' roll, murder, possible sorcery; it's all here and it all really happened. We're so stoked to see it but also a little terrified. Check out the trailer below.