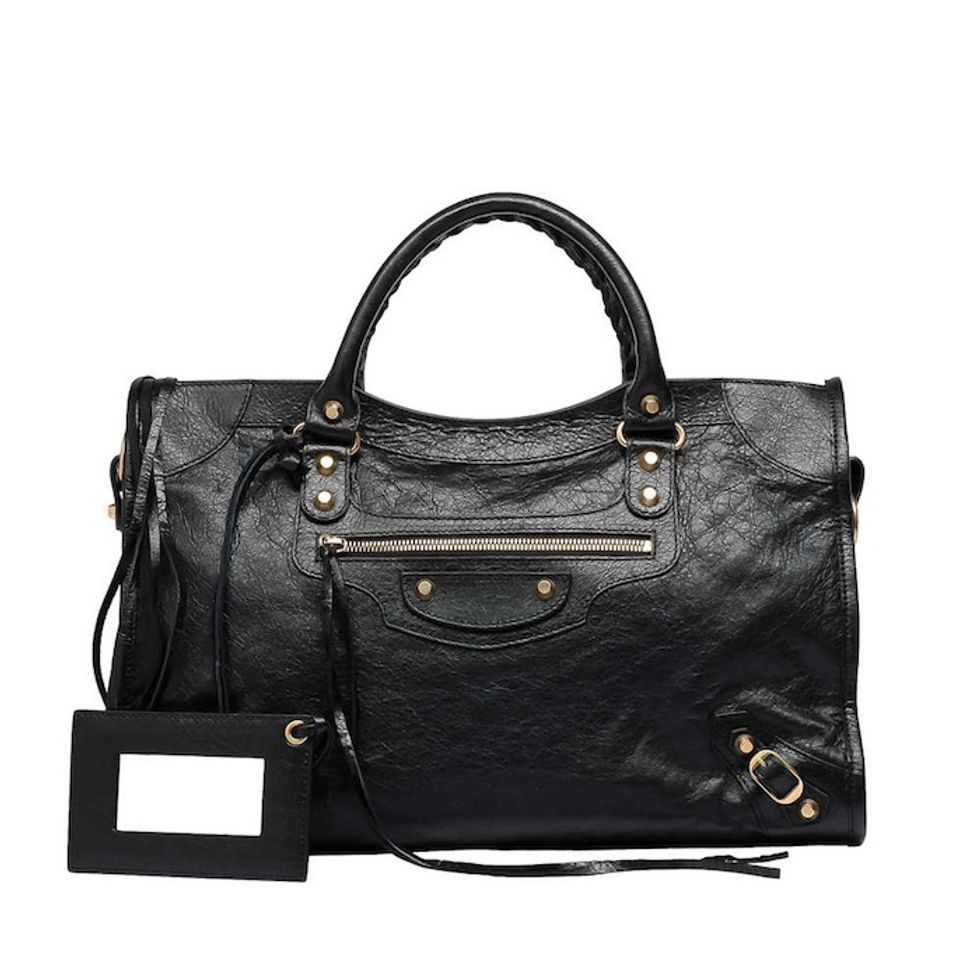 The Top Ten It-Bags of All Time

by Aaron Ealy
PAPERMAG
While straight dudes are obsessed with which high-performance automobile to purchase, fashion guys and gals spend the same amount of time and sometimes the same amount of money (i.e. the $432,000 HermÃ¨s Himalayan Crocodile Birkin) obsessing over which handbag to carry. Your bag says everything about who you are and who you wish to be. With that in mind, we asked PAPER's Aaron Ealy to school us in the 10 top It-Bags of modern times.

The PS1 stands out from the rest of the list because Proenza was a very young label when they debuted their soon to be It-Bag. After receiving a bit of capital, Jack and Lazaro, the boys behind the brand, were able to finance the creation of the PS1 whose commercial success launched them into the wider public eye and made them a household name.

Miuccia Prada was an alchemist in that she took a material like nylon and made it into the most lust-worthy material of the moment in the '90s. Miuccia took the industrial material and cut it into anything you can think of, but the most noteworthy is definitely the black nylon mini-backpack. These backpacks were a very late '90s/early 2000s moment that had everyone throwing their crocodile bags to the back of their closets in favor of Prada's minimalist accessories.

The Birkin may be the most coveted bag in the whole world. Stars like Victoria Beckham own dozens in every color and material imaginable although its namesake -- Jane Birkin -- is said to have owned just one Birkin at a time (having had a total of 4 so far), which she covers with stickers and beads. The It-Bag was conceived when Birkin was seated next to Jean-Louis Dumas, the chairman of HermÃ¨s from 1978 until 2006, and told him about her troubles finding a great leather weekend bag. A few years later, Dumas sent Birkin what was soon to be the iconic It-Bag and the rest is history.

The Dior Saddle Bag, which came in many a variation depending on the themes of the Dior shows at the time, is the perfect distillation of John Galliano's late '90s/early 2000s high-low couture style (cue the Nick Knight-photographed Dior ad campaign of Gisele with her thumb in the D-charm of a Saddle Bag) and of his penchant for equestrian detailing.

Marc Jacobs was one of the first designers to collaborate with fine artists and his incredibly successful collaboration with Takashi Murakami is still among the gold standards today. Murakami's multicolored playful prints were emblazoned on every LV accessory one could think of but the most popular was probably the white Speedy in the all over multicolor print. These bags really had a moment and for a time, you couldn't walk a block without seeing one of the LV x Murakami printed bags hanging off a woman's arm.

The Muse was a real hit around 2006-2010 after being launched by Stefano Pilati when he took over as Creative Director of YSL. At the time, big bags were all the rage and women were really craving a bag that they could throw anything and everything into, making the YSL Muse a commercial hit. The Y-stitching and little metal charm make the bag recognizable but not ostentatiously so.

Two things come to mind when I think of the Fendi Baguette: its namesake bread, which was said to have inspired the bag because of the way it sits snugly under your arm just like the way the French carry a baguette home from their local boulangerie, and Sex and the City. When I think of Carrie Bradshaw's early 2000s style I immediately picture her heading to meet the girls for cocktails wearing John Galliano Dior, Manolo Blahniks, Dolce & Gabbana and, of course, a Fendi Baguette.

The Lariat may be the most recognizable bag on this list with its buckles, whipstitch handles and thimble-like embellishments. This It-Bag was an immediate hit with the public leading Balenciaga to sell thousands and thousands of these bags over the years. The popularity of the Lariat really gave Balenciaga the capital to allow Nicolas GhesquiÃ¨re, the creative director of the house from 1997 until 2012, to create his architectural, innovative and highly conceptual ready to wear collections for the house.

Arguably the most in-demand bag of the moment, this It-Bag has been on the arms of everyone from Carey Mulligan to Reese Witherspoon and countless fashion insiders and celebrities in-between since its debut in 2010. Created under the direction of Phoebe Philo when she took over as creative director of CÃ©line, the bag has had international success.

Launched in late 2006, it's one of the go-to hobo bags, full of little details that catch the eye like Givenchy stamps on the handle, the prominent stitching and the wide shoulder strap. This bag has reached It-Bag status because it reflects Ricardo Tisci's dark and romantic aesthetic that he has created for Givenchy ever since his appointment as Creative Director in 2005.
You May Also Like
Care