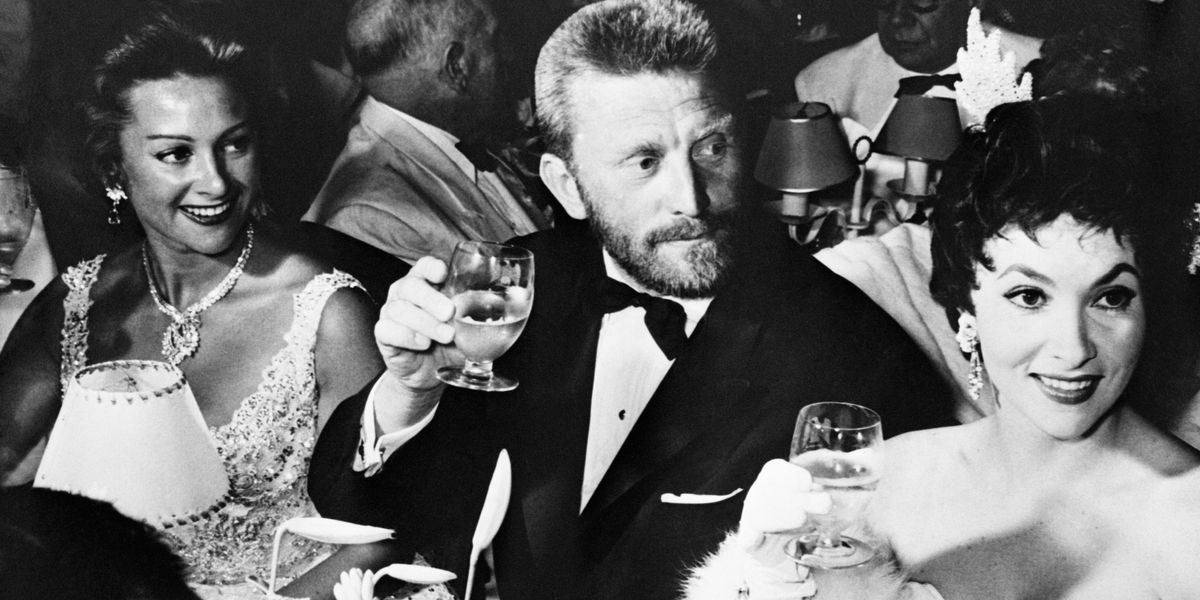 Being in show biz requires such stamina that some of its participants end up living forever--or seem to, anyway. In a business centered on worship of the young, their refusal to go away is extra inspiring. A friend of mine, Michael Ellis, conspires with me to document the oldest surviving celebrities out there. (He does all the work, I just make occasional suggestions.) Who's still alive might surprise you, especially when you find out how outrageously old they are. Here is Michael Ellis's top 40 list:

An actor from Spellbound and a million other things--also a producer and director. (But compared to Connie, he's just a kid.)

A fabled musical actress, she starred in the original Kiss Me, Kate on Broadway.

The two-time Oscar winner is currently having a feud with Feud. Olivia won her Oscars for To Each His Own and The Heiress, but she's extra immortal for having played Melanie in Gone With The Wind.

With his chiseled face and emphatic acting, Kirk became one of the biggies, from Lust For Life to Spartacus. His son Michael ain't bad either.

French actress who starred in The Earrings of Madame de…

A Hollywood movie star who, sadly, was blacklisted.

One of the best child stars ever. No diaper jokes.

A great dancer who, back in the day, was best paired with hubby Gower.

Gower and Marge Champion in "Give a Girl a Break"

Larry Kert's sister, Anita was a top jazz singer with terrible stage fright. That made it perfect that she dubbed other stars' singing, like Rita Hayworth's.

A perky Broadway star who also made it on TV. ( The Mary Tyler More Show, One Day at a Time)

She's a psychic who gave birth to Sly and probably predicted his stardom.

The only surviving Golden Girl, Betty just keeps on shining, as Bea Arthur probably glowers from the afterlife.

As an actor/writer/director, Carl's always been a riot. Rob is his talented son.

The bug-eyed half of the comedy team Allen and Rossi, who appeared constantly on the old Ed Sullivan Show.

America's sweetheart, she scored in films from Love Me or Leave Me to Pillow Talk and as a blonde, virginal chanteuse.

Whether on Broadway or TV or in the movies, Janis has always been a delightful musical comedy star.

A funny guy who scored on TV in the Western romp F Troop.

She was "the ghostess with the mostess" in the TV show Topper.

He was Leopold Mozart in the movie Amadeus and won a Tony for A Moon for the Misbegotten.

A glamorous redhead who popped up in over 40 films

Glynis' crackly voice enchanted in films and on Broadway in A Little Night Music.

Miss USA, The Price is Right…Bob always lived to host.

A dancer who became the director of glorious musicals like Singin' in the Rain and Funny Face. We don't include directors here unless they were also notable performers.


Oscar winner for On The Waterfront, she was also memorable in North By Northwest and other films.

Trixie on The Honeymooners! We love you, Joyce!