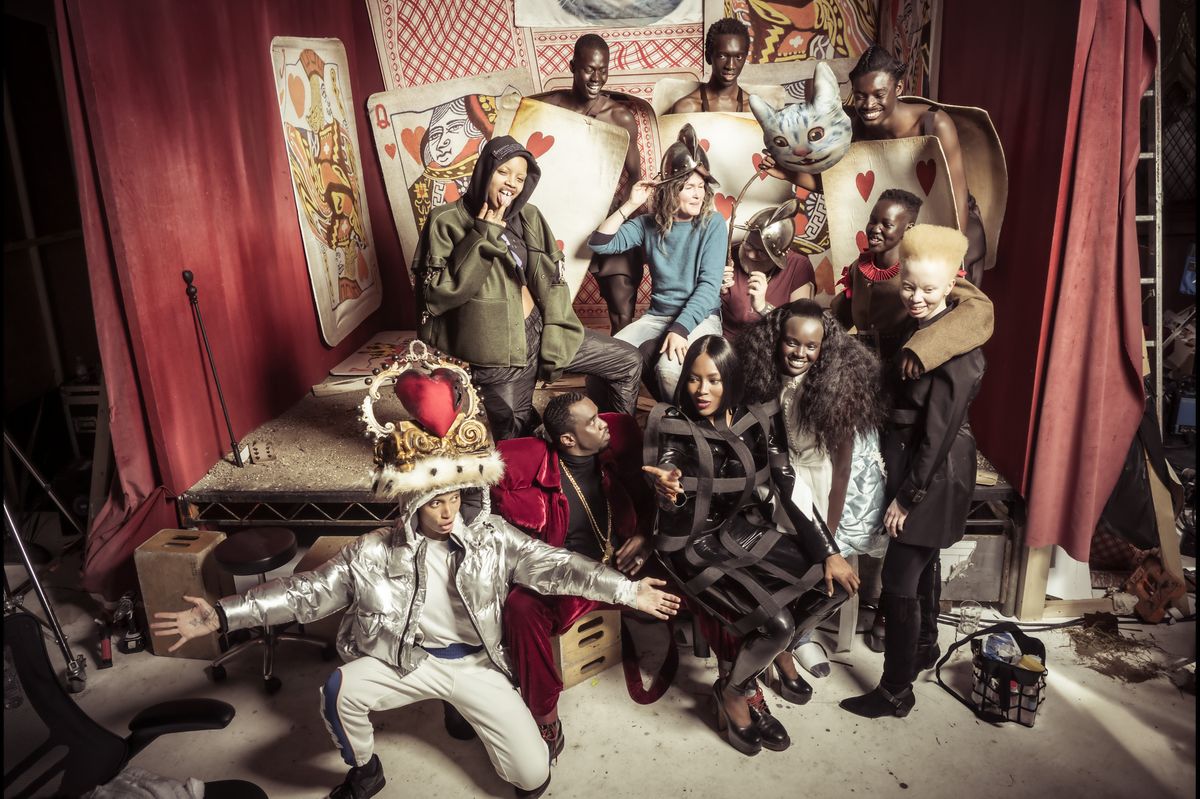 The Theme of This Year's Pirelli Calendar Is 'Alice in Wonderland' with an All-Star, All-Black Cast

Unreleased to the public, Fashion's sexiest calendar, the Pirelli Calendar, or for those in the know, "The Cal," has been an exclusive collector's item since 1964. Calendars of yore typically featured scantily clad supermodels artistically shot by A-list photographers. In the last few years, though, the calendar has been making moves toward becoming less high class nudie mag and more cultural touchstone. This year, the calendar's 45th edition will feature an all-star, all-black cast portraying a high fashion take on Alice in Wonderland, and the symbolism of the choice isn't lost on its participants, including Sean "P. Diddy" Combs.

"I moved mountains to be a part of this," he told the New York Times. "It is a chance to push social consciousness and break down barriers. For so many years, something like this would not have happened in the fashion world, so it feels like being part of history and playing an active role. I want to lead by example."

Shot by Tim Walker and styled by British Vogue's new (and first black) editor-in-chief, Edward Enninful, the shoot features Naomi Campbell as the Royal Beheader, RuPaul as the Queen of Hearts, South Sudanese-Australian model Duckie Thot as Alice, Adwoa Aboah as Tweedledee and Lupita Nyong'o as a dormouse. Lil Yachty, Sasha Lane, Slick Woods, and Whoopi Goldberg are also among the featured cast of models.

Check out some more behind-the-scenes shots (and footage) below: