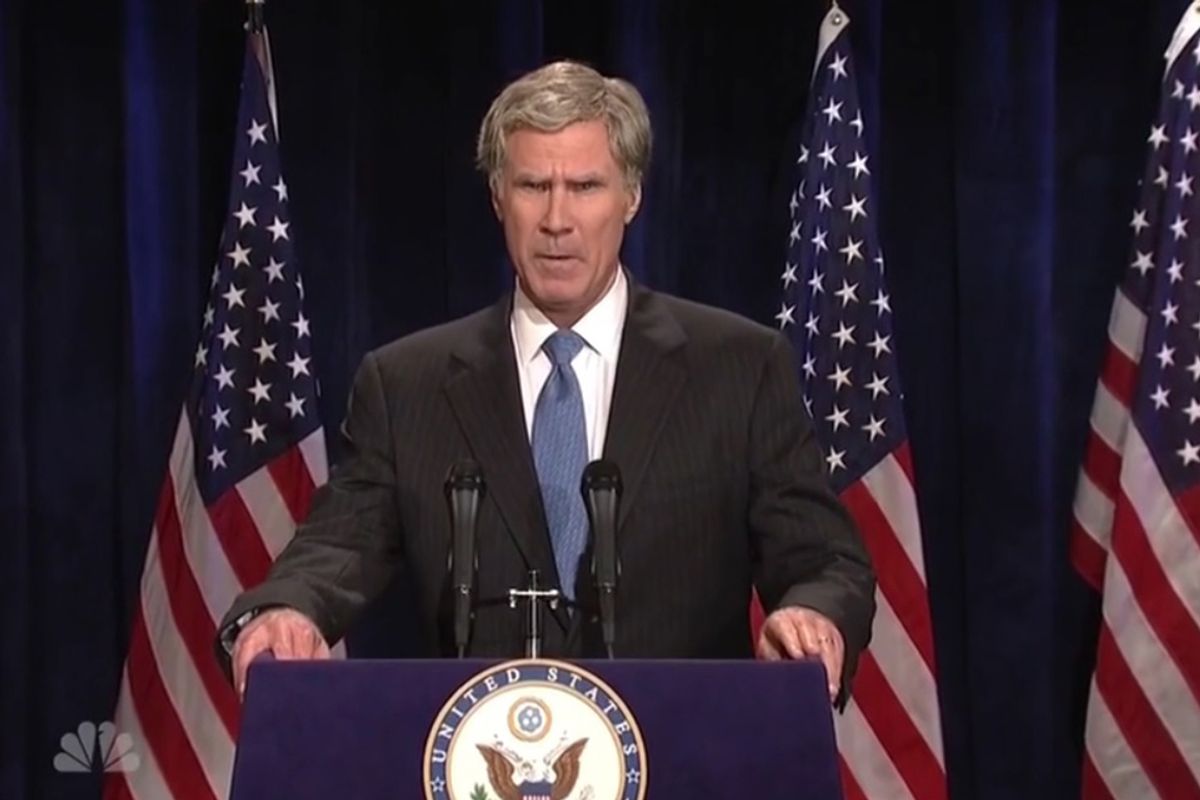 
Will Ferrell returned to SNL to reprise his role as George W. Bush and it was fire.


Above Average gave an extended cut to the iconic, horrifying Folgers Christmas incest commercial. You're my present this year. [AboveAverage]

Play at max volume. Makes me feel so! [ FlyingLawnmower]

The boys are back in town. [ ThatsSoModeratelyRaven]

This mailman carries a pole to protect himself from a mob of angry turkeys who attack him every day. THUGS. [ TastefullyOffensive]


Downtown Abbey does a scene in American accents for Stephen Colbert. [ TheLateShow]