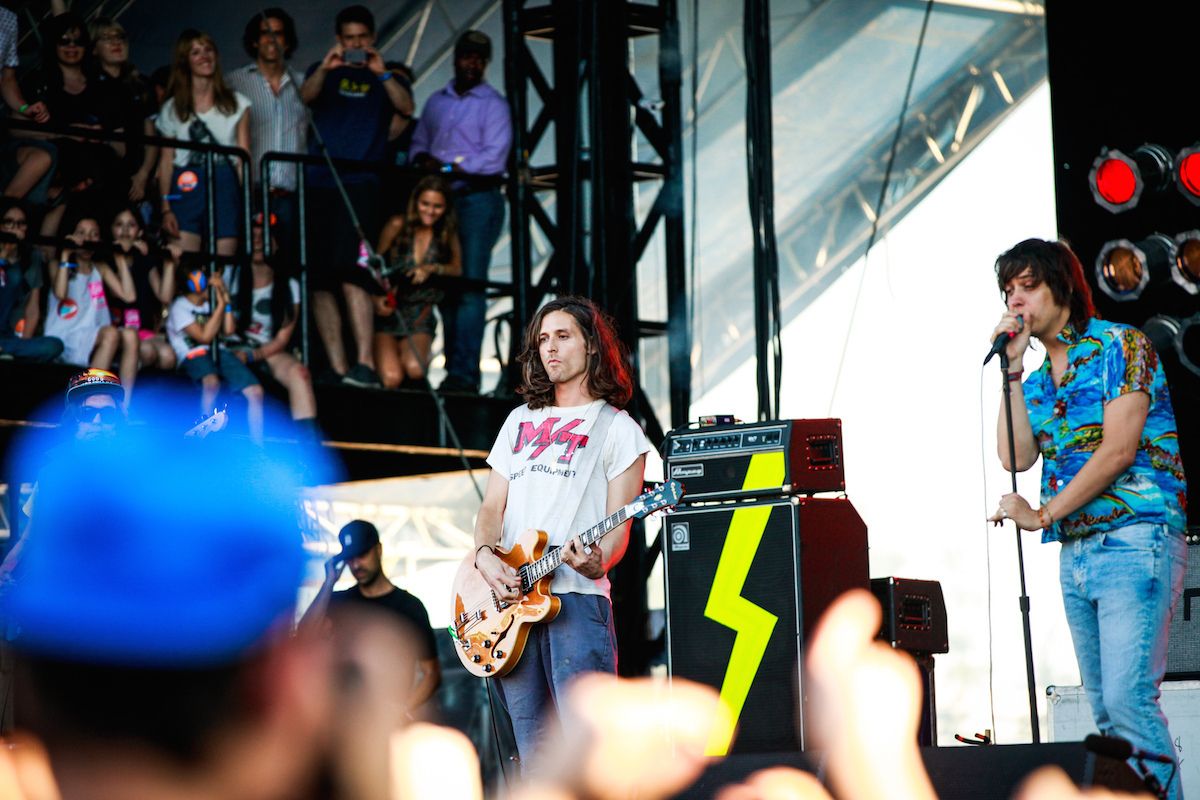 UPDATE: Listen To Two Stellar New Tracks By The Strokes

Update: The Strokes have premiered ANOTHER song on Zane Lowe's Beats 1 show.

Listen to "Drag Queen" below.

The Strokes are back with a new tune, "OBLIVIUS," that's as fresh as any new music we've heard this spring, but undeniably them.

"OBLIVIUS" is off the band's upcoming EP Future Present Past; it's their first new music since 2013's Comedown Machine.