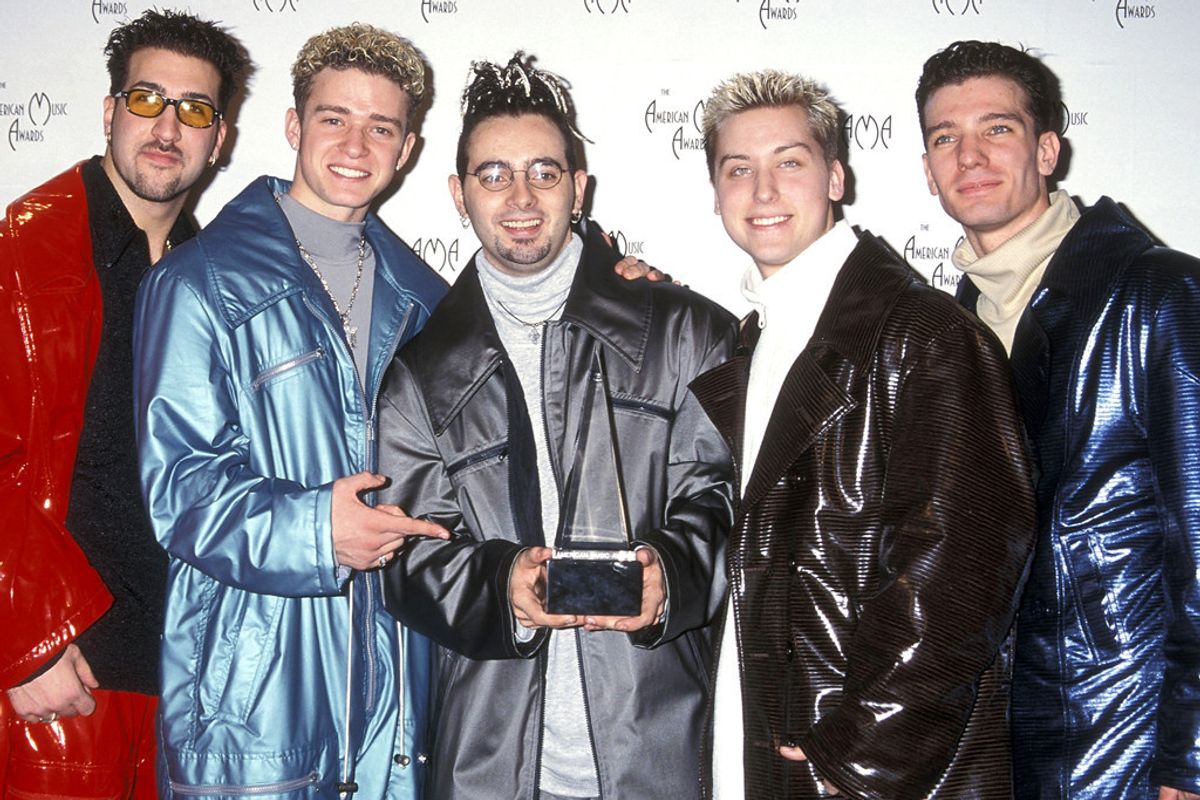 The Story Behind The Star in *NSYNC

Apparently *NSYNC's success was written in the stars, quite literally.

That's right, in an interview with The Huffington Post, former *NSYNC member Joey Fatone said that the star in their name could have been because of a coincidental encounter in their early days with famed Israeli illusionist/spoon bender Uri Geller in London -- since dude apparently wrote NSYNC with a star on a napkin for them, all whilst saying "'I see something. It has to do with suns or stars or something with astronomy in your career'."

It's a fortuitous revelation that in 2015 apparently causes Fatone to exclaim that it was, "predicted [like] Nostradamus, holy cow!"

Geller, in the same report, also added that, "I told them, if they place that star on their first CD, they're going to shoot up to No. 1." -- which kinda worked, seeing as how their debut reached No. 2 on the Billboard charts. "[I] thought that a star would bring them that connection to see the synchronicities of the universe of success," he continued. "I think drawing and writing down their name and creating that star gave them that subliminal push to go for it."

Justin, better be believing in his lucky stars.