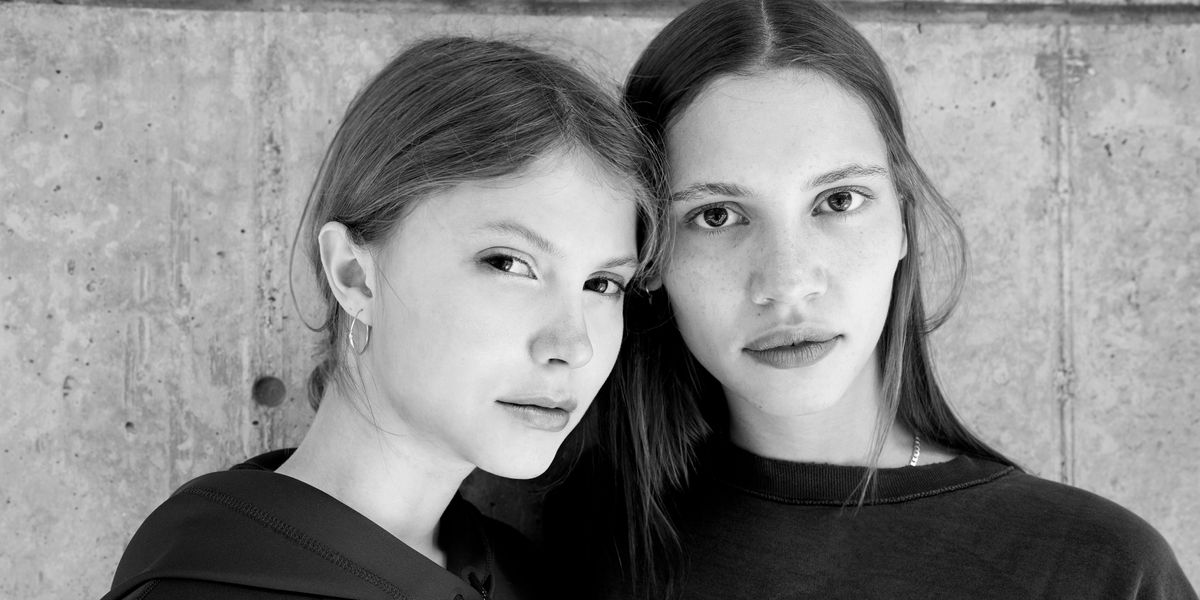 In the new film Thelma, from Norwegian director Joachim Trier, the coming of age process is portrayed in a rather expressive series of a metaphors. The title character is a college student in Oslo, played by Eili Harboe, who contemplates her sexual identity after falling in love with a fellow classmate, played by New York-based model/musician, Kaya Wilkins (in her debut acting role)--as well as dealing with a series of ever-worsening seizures. Thelma's sexual awakening and medical extremity quickly grows into a supernatural issue. PAPER met with Harboe and Wilkins to chat about their roles in the film, how they prepared for the intense scenes and whether or not they believe in witchcraft.

What attracted you both to the project?

Eili Harboe: I was fortunate enough to read the script before I was cast and I fell in love with it. I think the story is so intriguing and the character of Thelma is so complex. She's not a victim of her surroundings or what's happening to her. She's vulnerable and strong. She makes her own choices. It was important to me to portray a female character with that range of complexity. Also, I love Joachim. It's always been a dream of mine to work with him.

Kaya Wilkins: I had never acted before, so it was the least of my expectations for this to turn out the way it did. I live in New York and when I was back home in Norway, I was asked to come in for a casting for the new Joachim film. My first thought was he's a legend. He's such an amazing director and I figured I'd give it a shot. After a few rounds of casting, I got the part.

Kaya, how did your work as a musician and model influence the way you approached this role?

KW: Never having acted before, I used a lot of myself; the same sensitivity I try to use with my music. Joachim spent a lot of time exploring the character with me before we started shooting so I was prepared to tap into the character's emotional landscape. For me, acting was quite a similar process to creating music. When I model, it's not really about my emotions, it's about my body (laughs) – and my body is just kinda my body. So that's quite different. I also think the film explored a lot of themes that I'm interested in exploring with my music: parent/child relationships or feeling isolated and feeling –

KW: Yes, feeling extremely heartbroken (laughs) – it felt similar to what I explore with my music.

Eili, during various moments in the film you have to portray intense pain. How did you prepare for the seizure scenes?

EH: That's an interesting question. I think actors work very differently. I never take something from my private life or personal experiences into the character. I respect when other actors do it; though If I tried to invest into the role like that though I'd become very apathetic. For the seizures, the portrayal was actually very pragmatic. I went to seizure therapy to prepare for the scenes. I think that very concrete way of working through a physical expression can be useful. Seizure therapy is mostly for people who have experienced a form of trauma. It's been around since the stone age. Humans used to do it to prepare for resting and hunting. It helps with making fast decision making in dangerous situations. It's about having more control over the adrenaline that often takes over your decision making process during emergencies. It was a lot about fight-or-flight theory.

The film is a coming of age story but also explores LGBTQ identity, witchcraft and religion. Did any of those subjects connect to you most personally?

EH: For me, this is a story about a girl who is suppressing her feelings from the conservative religious environment she grew up in. There's a level to her suppression because of an accident that happened, but also she's suppressing her supernatural abilities. That all comes to the surface when she meets the love of her life. I think that it's all closely linked. I love how the story is written – it's very subtle yet layered with emotions. Thelma has a huge need to be seen and loved and eventually gets it from Kaya's character. At the beginning, she can't cope with it and it makes her unhappy. I love how the story moves from that and develops from there.

KW: I think it's important to make films that are as diverse as real life and to start having that be the norm. I hope this story reflects that.

After working on this film, are either of you now firm believers of Wicca or witchcraft?

EH: It's super fascinating. Thelma is a witch. She's not someone you'd want to mess around with.

KW: She would have been burned immediately during the Witch Trial days.