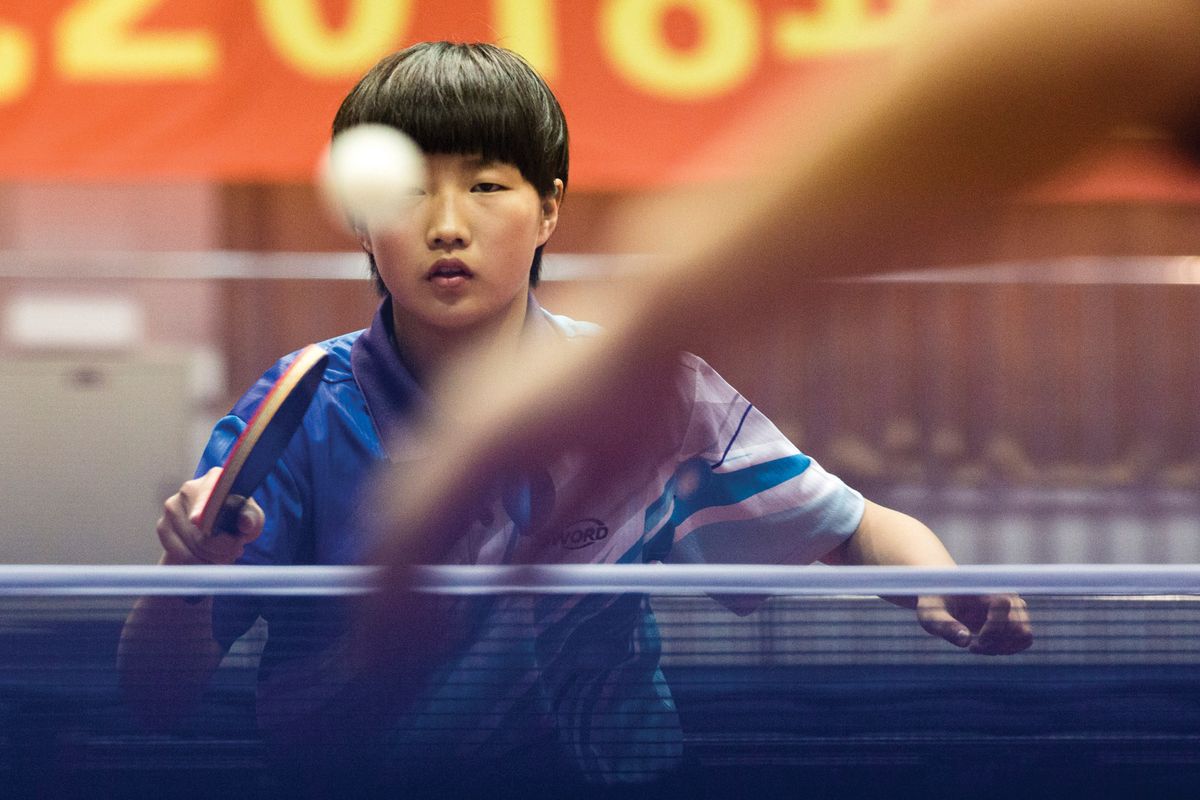 The blinds at the Shanghai Pudong Natatorium sports center in Shanghai are pulled down to block the sunlight, but the temperature inside is still close to 100 degrees Fahrenheit. In the hot and sticky air, dozens of people are competing in a ping pong tournament. Among the competitors are children as young as 10, many of whom practice table tennis for several hours a day as part of their schools' curricula and easily beat older competitors who have practiced ping pong as a hobby for decades. About 80 people, more than three quarters of them men, have put on their high-performance table tennis shirts and shorts to send the little ping pong balls flying toward their opponent, their faces focused and serious.

Tournaments like this one aren't hard to come by in China: Ping pong is the country's national sport, an obsession for millions and a major source of national pride. Although invented by the Brits in the 1880s, the sport made its way to China in the first half of the 20th century and, by the 1930s, had, in the words of American journalist Edgar Snow in Red Star Over China, his 1937 book about the rise of the Communist Party in the country, begun to enjoy "bizarre" popularity among the Communist military. In the 1950s, Mao Zedong, a table tennis player himself, declared it the national sport. Since then, Chinese ping pong players have traveled the world, collecting trophy after trophy. "For us, losing in international competitions isn't an option. It's a question of national pride," says Wang Wei'an, a 58-year-old librarian from Shanghai who has been playing ping pong since he was 11 or 12.

China's dominance in the sport is thanks, in large part, to a strong infrastructure featuring a network of clubs and leagues across the nation with millions of athletes who play competitively in tournaments, some of which offer winners up to several hundred thousand US dollars.

"I know that we are good because we invest in this sport systematically," says Yang E'feng, a 28-year-old former national team player who has retired and now manages a sports company that holds table tennis tournaments in Shanghai. "We have researchers and doctors and a whole infrastructure around it. We focus so much on it, and other countries just don't do that," he says.

"For years, we weren't very good at other sports because we weren't a very developed country. If you think about soccer, you need space and a pitch, for which you need money, but for ping pong, you just need a ball and a table and two people. That's why it's become our national sport." — Wang We'ian

As a comparatively inexpensive sport that doesn't require much space, ping pong has long been accessible to a much wider population than many other activities, and tables can now be found in almost every primary school, public park or community center. Kids start to train as soon as they are tall enough to see over the table, set at a standard height of 2 feet and six inches. "To get into my school, you already have to be good at ping pong or they won't accept you," says Lu Chenchen, a 10-year-old girl from Shanghai, about her public elementary school. When kids show promise, parents send them to specialized boarding schools that will foster their talent.

Yang was one such student. He grew up in a small, countryside village where ping pong was always around. At the age of ten — a little late, Yang admits — his family sent him to a private ping pong boarding school in Shanghai, where he and other students practiced for 6 to 7 hours a day. "In the evening, we played another 1 to 2 hours, which was voluntary. But because all the other kids do it, and the sport is so competitive, you have to do it," Yang says.

Eventually, he made it onto the men's national team, which accepts about 40 athletes, dividing them into A and B teams. The best are sent to the Olympics, where China has won 28 out of the 32 gold medals awarded in ping pong since the sport became an Olympic event in 1988.

Chinese athletes are so good that even those who aren't playing for China are often Chinese. At the last Summer Olympics in Rio, at least 44 table tennis players competing for 21 countries like the US, Canada and Australia were originally from China — more than a fourth of the total number of competitors. Like most professionals, Yang never made it to the top in China. After playing on the B team for China, he decided that his chances of representing his own country in an international competition were too slim, and instead started playing for Singapore, which allowed him to compete in the World Championship in 2009.

Ping pong isn't just taken seriously as a sport, but also as a means for cultural exchange and foreign diplomacy. During the World Table Tennis Championship in Japan in 1971, the Chinese ping pong team invited its US colleagues to visit China, making the athletes the first group of Americans to be invited to China since 1949, the year the Communists had taken over. Then-US President Richard Nixon used the momentum the visit had created to arrange his own visit to China, a watershed moment in the Cold War, and in the relations between the two countries. China's "ping," Time magazine wrote in 1971, "had been heard round the world."