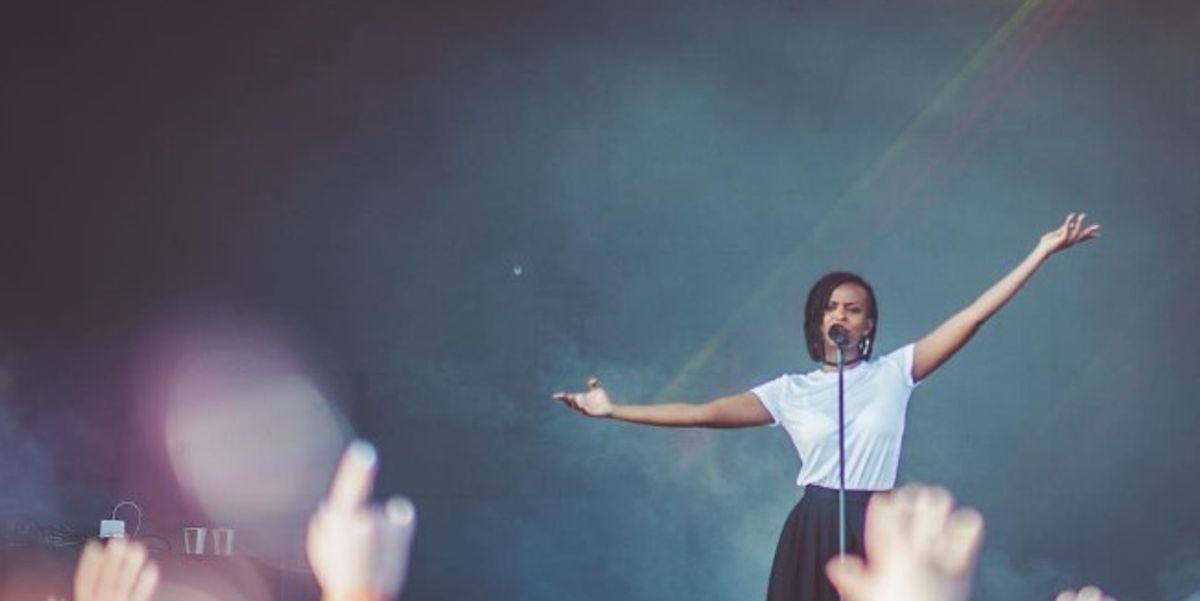 Kelela and Radiohead Make for an Emotional Secret Solstice Festival

Before traveling to Europe for the adventure that was Secret Solstice Festival—a musical celebration during the longest days of the year—my focus was on the headlining acts: Radiohead, Deftones and Die Antwoord. Who wouldn't be stoked to see Radiohead play against a backdrop of Icelandic volcanos? But, over the course of the four-day hip-hop and DJ-heavy festival in Reykjavik, it wasn't one of those three headliners that provided most memorable set: It was Kelela.

Seeing Kelela play live was a unique opportunity, as the LA singer rarely tours. Kelela delivered a heartfelt performance, with most of her set dedicated to an ex who did a number on her. Prior to slaying track "Floor Show," from her 2013 mixtape Cut 4 Me, she announced that it was a tribute to a former lover, belting out, "I'll never know, you're never mine/You should stop the front/before I catch you in a lie." The inspirational odes to the ex continued with "A Message" which she prefaced it by saying, "I wrote this song about the same motherfucker – it's the same story of you're all up on me now, but you didn't want me then." As she sang, it was clear that the performance was headed in an emotional direction. During the middle of her set, she began to cry while telling the audience, "If you told me four or five years ago I'd be singing in Reykjavik…I just want to let you know that dreams do come true." It was truly a remarkable experience to watch her pour her heart and soul into her show, both in song and tears, without any of the usual performance theatrics. Her soaring vocals were all the stagecraft anyone needed.

Unlike Kelela's stellar performance, utter chaos broke out when Radiohead performed on Friday night. Festival organizers had decided that the headliner should play their stand inside at the Laugardalshöll venue, resulting in a three-hour line to get into the show. For festival goers who paid a pretty penny just to see Thom Yorke and company, this was not exactly an ideal experience. Fans outside debated whether or not it was worth waiting to get a glimpse of Radiohead, or give up and catch Action Bronson's set. Those who did manage to wedge themselves into the hall were treated to a performance that was heartfelt and melancholic. During the show, word spread among fans about an attack on a Moon Shaped Pool listening party at an Istanbul record shop. The band's two hour performance, which featured most of the tracks from Moon Shaped Pool as well as classics like "Idioteque," "Everything In Its Right Place," and "Paranoid Android," reflected the everpresent sense of dread and anxiety about the state of the world. Many people stayed for a few minutes of Radiohead only to head out from being overheated. A word to the wise: When one of the biggest rock bands in the world is headlining for you, don't put Radiohead in an indoor venue.