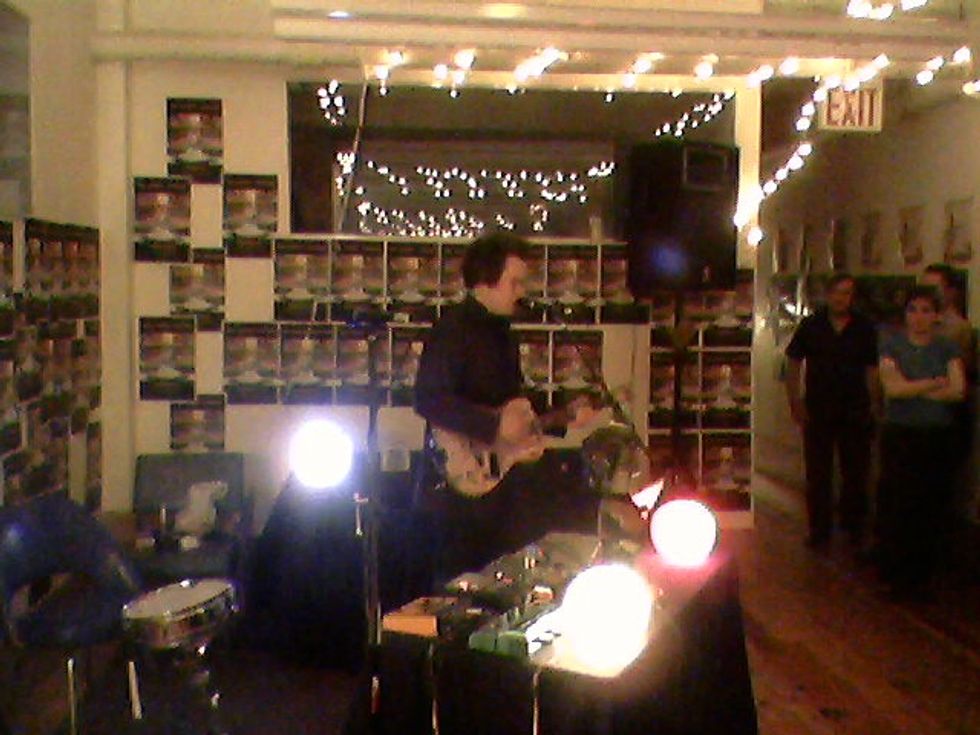 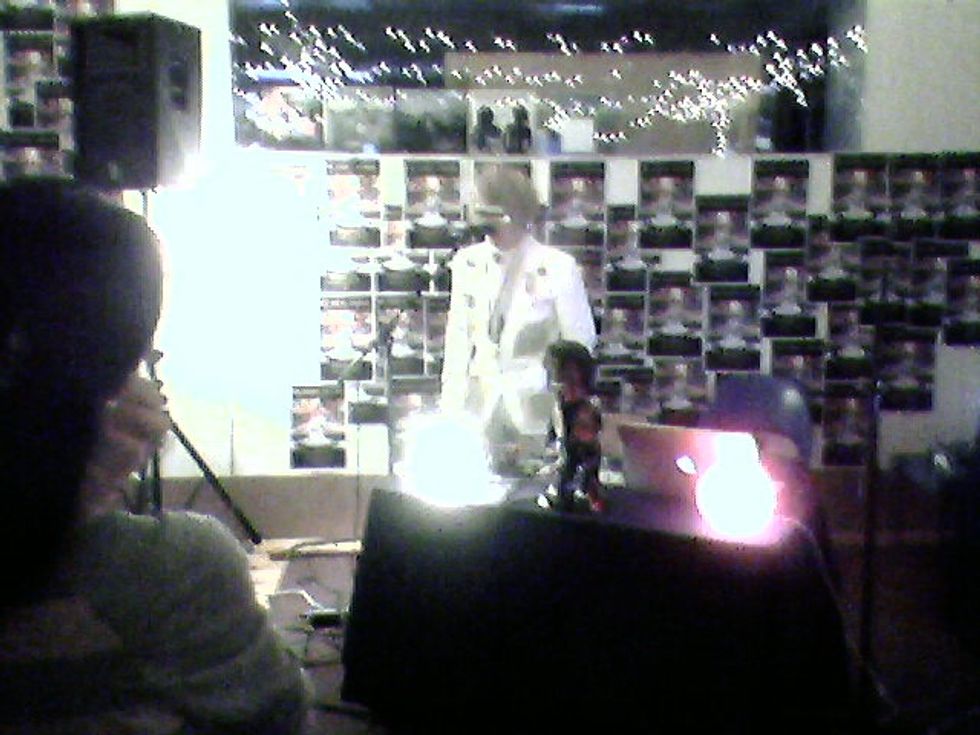 The Sleepy Jackson from Perth, Australia, have a new album coming out in July called Personality -- One Was A Spider, One Was A Bird.  It's full of beautifully layered dream pop, as was their debut full length, Lovers, released back in 2003.  Luke Steele, the Sleepy Jackson himself, has been in town doing press for the upcoming release.  I had the extreme pleasure of interviewing him the other day (look for the piece I'm writing about him in July), and last night I went to Astralwerks (his U.S. label) for a listening party and to see Luke perform.  After chatting with him for a while and then seeing his solo performance, I must admit that I am now an even firmer believer in the idea that it takes a mad man to create true art.

After waiting around for Luke to perform, the founder of Astralwerks, Brian Long, came out to announce that Luke Steele couldn't make it but that musician Luke Wong from the year 2020 was there to perform instead.  I was puzzled until I saw Steele come out in a blond wig, Cyclops-type glasses and a white suit covered in tech gadgets.  I suppose he looked rather Chinese, hence the "Luke Wong" pseudonym, but the entire performance was truly bizarre.  He put on insane electronic beats (some of which were tracks off of Lovers but 10x faster) and then sang through a distorted microphone in a chipmunk-like voice.  After less than 10 minutes, he left the stage and shortly after came back out as himself and continued the performance (also as himself), which included a song that he had written about New York City the night before.  The whole thing was strange, to say the least, but I appreciated being able to catch a glimpse into a mind like Luke's that is capable of creating such ethereal music.

(I've included some crude photos of Luke Steele next to "Luke Wong," and you can stream four songs at their myspace page.)