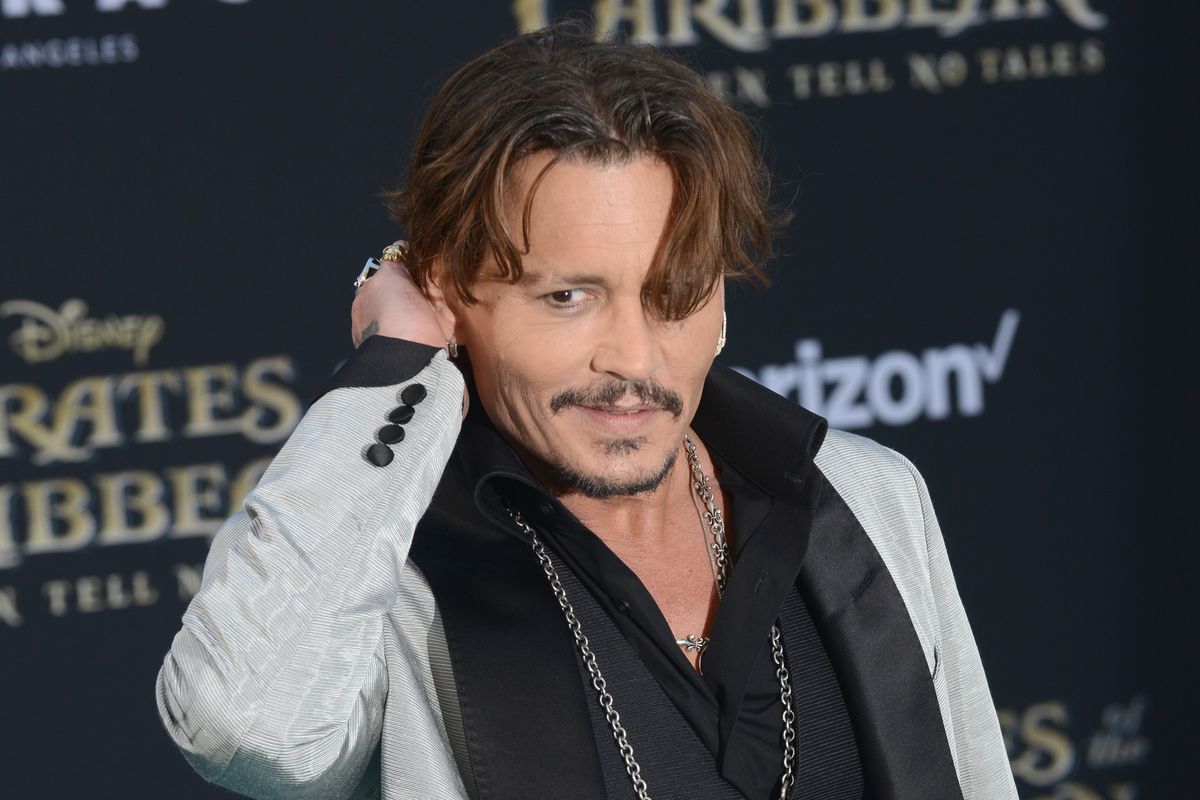 Johnny Depp, haunted Aerosmith microphone stand and originator of many unbeloved colored contact lens-based roles, has been embroiled in a lawsuit with his former financial management company for some time now. To recap: earlier this year, Depp sued his former management company, The Management Group, for $25 mil, accusing them of mismanagement of his funds and a whole laundry list of other financial improprieties. TMG, who is apparently NOT THE ONE sued him right back, insisting that Depp owed *them* $4.2mil. TMG asserted that Depp's spending was completely uncontrollable, despite his knowledge that he was broke and splashing way too much damn money on red wine and rare guitars (shudder). In their countersuit, TMG cited some examples of Johnny Depp's ludicrous spending, which included predictable celebrity extravagances (yachts, private planes, 14 residences) as well as some more *ahem* eccentric expenses ($30k monthly wine budget, a music label gifted to his childhood friend, a $3mil cannon to shoot Hunter S Thompson's ashes over Aspen). Depp played the victim, insisting that TMG was running a smear campaign to distract from their crimes by "gaslighting the public" with false accounts of his financial hardship.

That was back in February, and the two parties have been sniping at each other in the media ever since, but today, TMG has provided some major receipts. In a batch of emails handed over to Deadline, TMG makes a pretty clear case that Depp, his sister Christi Dembrowski and his entire inner circle knew he was in dire straits, going as far back as a 2009 overdraft to the tune of $4mil. In an email from TMG principal Joel Mandel, he told Depp he had to rein in spending on holidays, travel, and an upcoming auction of John Dillinger memorabilia (lol):

Since my email to you in September, I have done what 1 was told you wanted done, meaning, "getting us through" financially until work could start again. The good news is that, so far, we have been able to do that. Notwithstanding, I need your help in a variety of ways. First, we need to "take it easy" on holiday spending. Second, we need to discuss some dollar limit in the upcoming Dillinger auction. Third, I need to be able to sit with you on your return from this trip, and before you leave for France, so that we can talk about where we are financially, what we have borrowed in order to sustain ourselves, what we have had to do to obtain those borrowings, what is now necessary to pay those borrowings back and, finally, to look realistically at income and expenses and to work together on how to make sure that these are back in balance.

dear joel=
first, thank you for dealing and getting me through. secondly, i am doing my very best on holiday spending, but there is only so much i can do, as i need to give my kiddies and famille as good a Christmas as possible, obviously within reason. but, regarding the plane situation,., i don't have all that many options at the moment. a commercial flight with paparazzis in tow would be a fucking nightmare of monumental proportions.
forget the dillinger auction. don't need it.

He continued, tallying up the millions of dollars worth of checks that were in the mail from his work on The Tourist, Pirates of the Caribbean 4 and Dark Shadows that could get him back on his feet, but he goes on with some indignation about the requests to slow his spending:

what else can i do??? you want me to sell same art??? i will. you want me to sell something else??? sure… what??? boat is going to be chartered at new years and sony will then charter it for the TOURIST shoot in venice. other than that, i got bikes, cars, property, books, paintings and some semblance of a soul left, where would you like me to start???
i don't like being in this situation, but there wasn't a whole lot of choice, as THE RUM DIARY was a sacrifice we knew would be happening and the last proper paycheck was PUBLIC ENEMIES.
i will do my best, joel.

"I will do my best," he says, lighting a match on a $3mil cremation cannon. Stars! They're really not just like us! Not even a little bit!