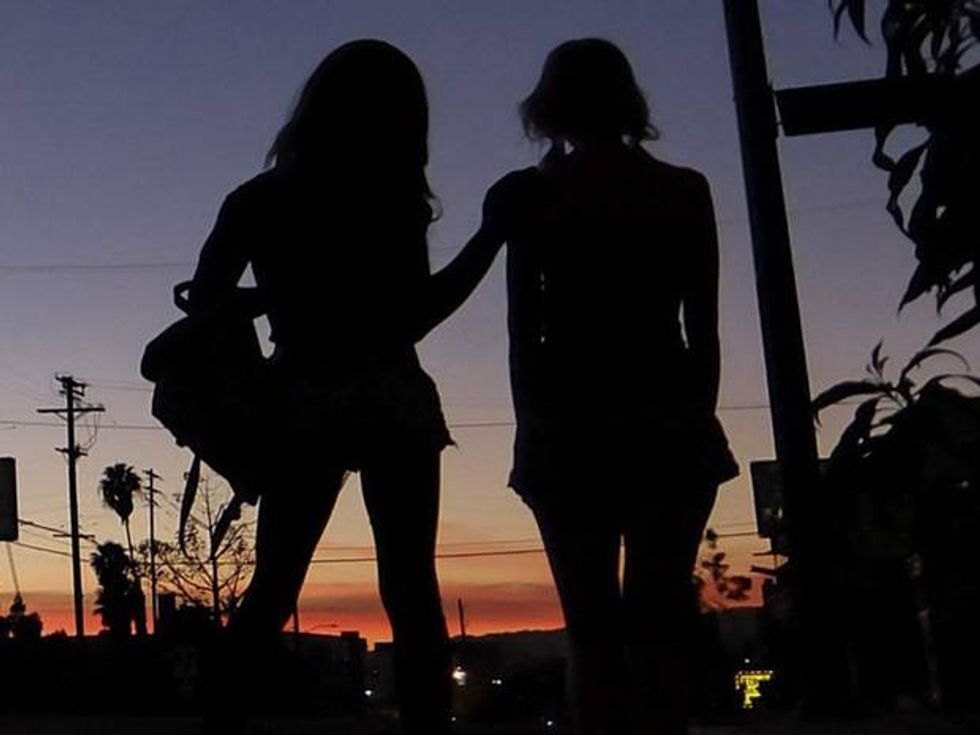 The Seven Movies to See In July

by Dennis Dermody
PAPERMAG
Amy
An incredibly moving documentary by Asif Kapadia concerning the tragic short life of British power house singer Amy Winehouse. With unlimited access to home movies and archival footage one could not imagine a more complete portrait of this talented woman who Tony Bennett (whom she eventually recorded with) called one of the truly great jazz singers. Friends said she was an old soul in a young body and sadly we watch as her co-dependent relationships and wild shoot to superstardom with her song "Rehab" led to her dizzying slide into drug addiction. A heartbreaking moment in the film is a description by her good friend on the night of her big Grammy win when she was dragged aside and Amy confessed: "This is so boring without drugs." But that voice of hers is just astounding in its purity and power.

Tangerine
A hilariously tawdry tale of two fierce transgender prostitutes (& best friends) on Christmas Eve in L.A. directed with high energy and poignancy by Sean Baker on an iPhone. Sin-Dee (Kitana Kiki Rodriquez) is on a vengeful odyssey looking for the bitch sleeping with her pimp boyfriend (wonderfully funny James Ransone). Alexandra (Mya Taylor) doesn't want any drama and is busy handing out postcards for her show at a club that night. There's also a married Armenian cab driver (Karren Karagulian) with a taste for trannies picking up a motley crew of  holiday revelers. So perfectly pitched and outrageously entertaining, it all ends up with a big shouting match in a doughnut shop. The two leads are just terrific and so is Mickey O'Hagan as the bedraggled prostitute Sin-dee ends up dragging down the streets during this hysterically fateful day.

Best Of Enemies
Excellent, illuminating, documentary by Robert Gordon & Morgan Neville about the infamous televised live debates between conservative firebrand and editor of the National Review, William F. Buckley Jr., and Myra Breckinridge author and staunch liberal, Gore Vidal. In 1968 ABC was the least-watched of the networks so they devised a different approach to covering the Republican and Democrat conventions by airing nightly debates between Vidal & Buckley. It made for great TV particularly after Vidal called Buckley a "crypto Nazi" leading Buckley to lose his effete composure and call Vidal a "queer" and threaten to sock him in his "goddam face." This dust-up haunted each of them (albeit for different reasons) for the rest of their lives. Sadly, the racial unrest and divisive social issues that surrounded the 1968 conventions haven't changed at all. And TV debates now are just angry diatribes preaching to the converted.

The Stanford Prison Experiment
A psychological study through Stanford University led by Professor Philip Zimbardo (Billy Crudup) was done in the summer of 1971 with 24 male students (paid $15 per day) set in a created prison environment. A toss of a coin decided who would be guards and who would be inmates and within a day the guards were sadistically humiliating and abusing their charges. The always excellent Ezra Miller plays a rebellious prisoner who flips out as things get progressively more intense. Michael Angarano is particularly loathsome as a "guard" nicknamed "John Wayne" even though he was channeling Strother Martin in Cool Hand Luke. Even Professor Zimbardo quickly began exhibiting paranoid and messianic behavior. The whole cast is excellent in this upsetting movie. This film re-enactment of the landmark study, well directed by Kyle Patrick Alvarez, sadly shows how easy it is to lose control of one's self when left unsupervised in an authoritarian situation. Abu Ghraib, anyone?

Listen To Me Marlon
The late, great actor Marlon Brando left scores of audio tapes that he used therapeutically to confess his memories, fears and reflection on his cinematic triumphs like A Streetcar Named Desire, On The Waterfront, and The Godfather. Not to mention disasters like Candy and Mutiny On The Bounty (where on the upside he fell in love with Tahiti). Director Stevan Riley has edited together an intriguing portrait of this intensely private man, revealing Brando's passion for civil rights and the plight of the Native American; commenting on his marriages, his troubled children, his abusive father and alcoholic mother; and describing uncomfortably how director Bernardo Bertolucci made him reveal way too much of himself in Last Tango In Paris. What emerges is a fascinating glimpse into the dreams, longings and recollection of one of the great film actors of all time.

Bound To Vengeance
Harrowing revenge thriller expertly directed by Jose Manuel Cravioto that refreshingly subverts the usual torture/porn shockers. Tina Ivlev is sensational as Eve, chained in the basement by a monstrous predator, Phil (Two Moon Junction's Richard Tyson). She escapes right at the beginning of the film but needs to keep Phil alive so he can lead her to a series of other women that are imprisoned all over town. They drive around with Phil shackled in a van and each house contains a new unexpected horror. Like a nightmarish Alice In Wonderland, behind every new door Eve finds herself deeper into a world of depravity and madness.

The Outrageous Sophie Tucker
Loving tribute to the bigger -than-life American singer Sophie Tucker, nicknamed "The Last Of The Red Hot Mamas," whose international fame flourished from the early '20s to the '60s when she died. A force of nature -- big in size and in generosity, warmth, and bawdy humor -- she befriended presidents, movie stars and before Twitter was a tireless self-promoter who wrote individual notes to practically every person she ever met. One of her dear friends was J. Edgar Hoover who once asked to borrow her dress. Ted Shapiro was her pianist from 1921 to her demise and "Some Of These Days" was her theme song. There's a very moving part in this touching documentary by William Gazecki about a bunch of soldiers who blasted her song "My Yiddishe Momme" in Germany after World War II ended. What a gal!
You May Also Like
Famous People