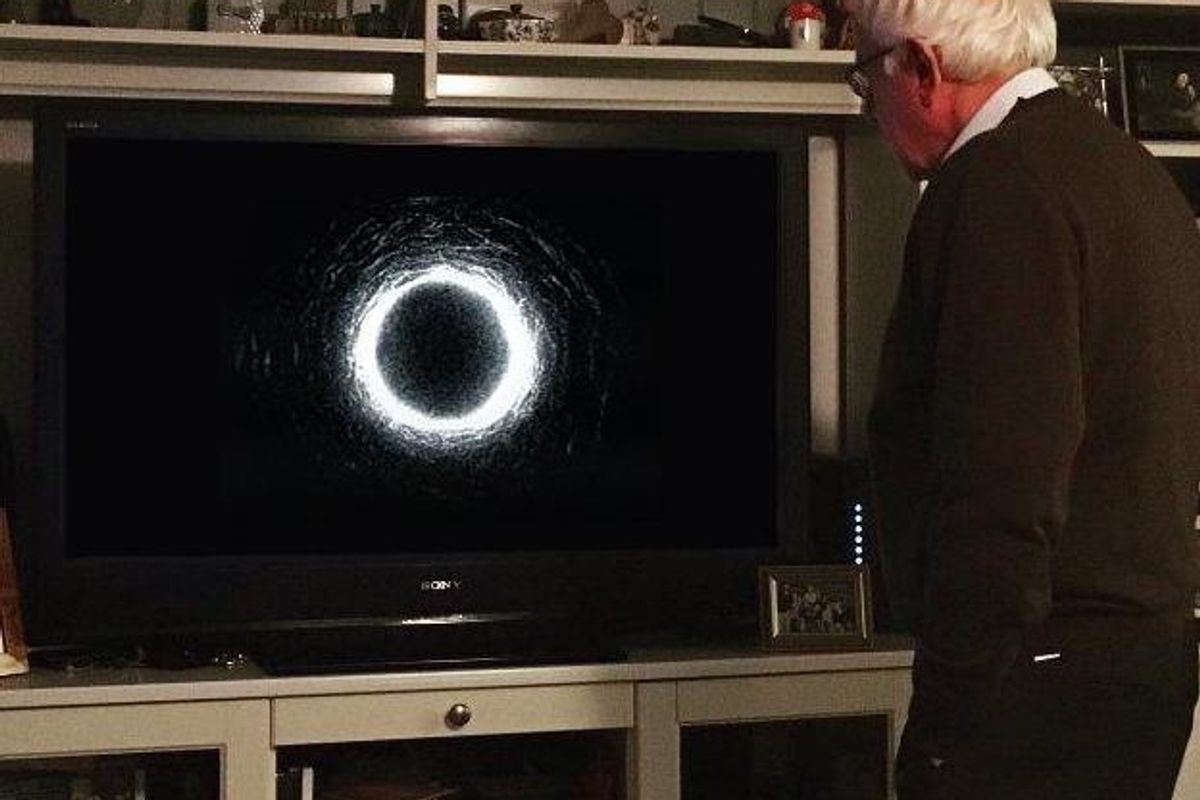 The "Sad Bernie Sanders" Is Our New Favorite Debate Meme

Last night we watched the first Presidential Debate in shock and horror, mostly because our dear Bernie Sanders -- who lost the Democratic nomination to Hillary Clinton -- was nowhere to be found. And while his wizened halo of wiry, gray hairs was conspicuously missing from the crowd cam, Sanders did his best to reassure his adoring public and tweeted a photo of himself watching the debate from his living room.

However, the pic did little to reassure his followers, who continued to tweet their heartbroken support for the man with a dream. Though who could blame them? After all, the sadness surrounding a picture of the morose Sanders watching helplessly from his foggy, Vermontian perch is even a bit much for us.

@BernieSanders 😢💔 This pic makes me so sad & mad at the same time. You should be on that stage!! #BernieOrBust
— April Dalaman (@AprilDalaman) September 27, 2016


However, one good thing did come out of this all -- namely the fact that Reddit embarked on a Photoshop battle of "sad Bernie Sanders" at some point post-debate. Behold:


I like where Bernie's head is at pic.twitter.com/Zvha5QmnCT
— Mike Tunison (@xmasape) September 27, 2016

Much respect to Bernie for watching Rob Zombie's iconic 1998 performance of Dragula on Letterman instead of the debate last night. pic.twitter.com/8tSdL4Ar1A
— Future Canon (@futurecanon) September 27, 2016


Because whether your heartstrings tug at the sight of what could've been or the fact that an anthropomorphized Cheeto may soon start WWIII, the appeal of the meme is, obviously, universal...not to mention rife with existential meaning.

Do you feel the despair yet?