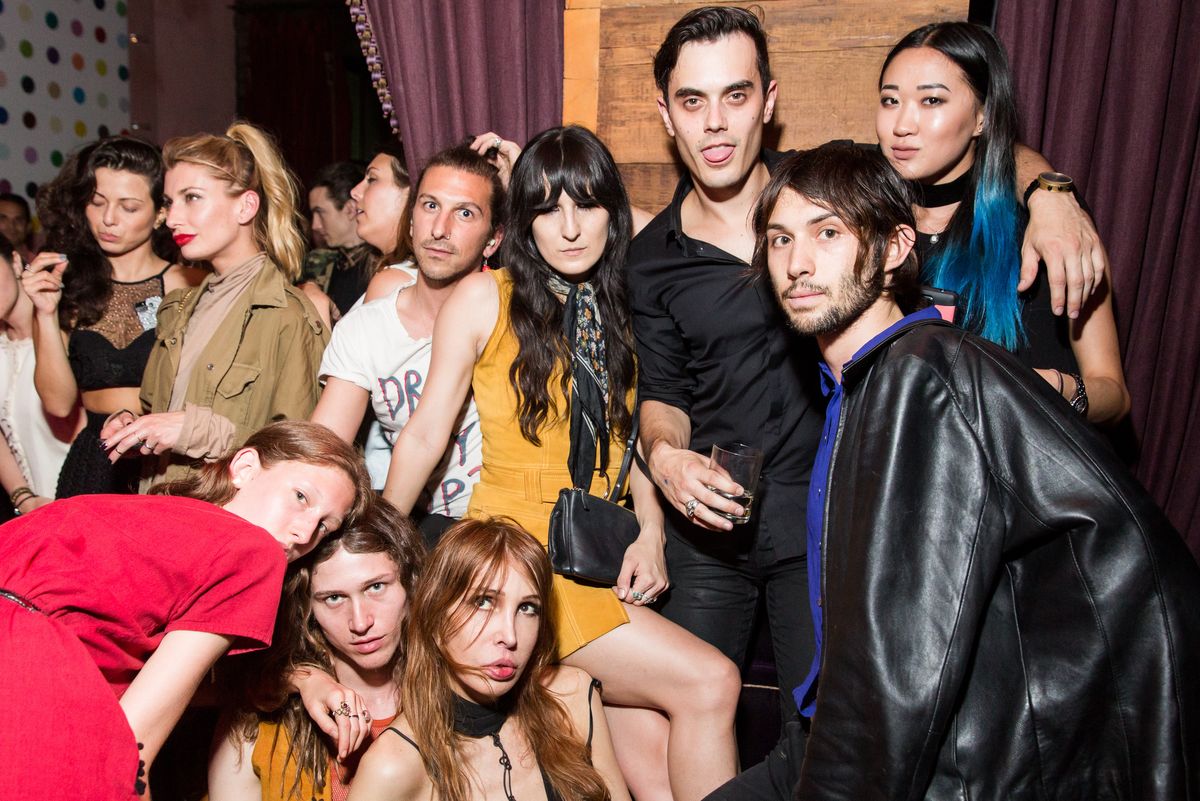 Given all the time you're not sleeping in this city, you're going to need somewhere to be. In fact, New York's nightlife is one of its premiere attractions, playing just as much of lead role in making this city the culture capital of the world as anything else. It's where tastemakers come together and collectively lose their inhibitions, forming connections that might even alter the course of history.

There's no one knows that better than The Rose Bar's creative director Matthew Green – he's actually worked these values into the venue's ethos. You likely haven't heard of Rose Bar – and that's just the way they like it. The place where artists come to inspire and be inspired, the question is not if Rose Bar will be added to the list of iconic New York hotspots, à la Chelsea Hotel and Studio 54, but when.

We spoke to Matthew about New York's night scene, remaining relevant and how to make exclusivity inclusive.

As a veteran in New York nightlife, how have you seen it evolve? What's still missing?
It all the time, it goes with music and fashion and trends. It also goes with where people are moving to. I think right now though New York is in a little bit of a lull for nightlife. I've been blessed to not really have to follow trends and offer an experience that people generally want to have. We didn't want one particular type of music, we wanted to create something that everyone would respond to. In New York right now too many people rely on EDM and hip-hop and pop and we try and shy away from that because we try to consider the history of the hotel and our identity. While we stay in the rock'n'roll spectrum, that includes a whole range. Like blues and RnB. You can give people music to dance to that doesn't denigrate women, or something like that. Just creating a space people want to be in.

You mentioned New York moves in trends, what are some you're seeing right now in hospitality and nightlife? I feel like it's moving into this very disco/divey direction.
When I go out, there seems to be this really strange, really badly-produced house music or grime/hip-hop and to each their own but it will be done within the next year or even the next couple of months and then it will be about finding the newer thing. It's forgotten about, there's no depth there. I definitely shy away from that, otherwise you lose your impact on culture and society. You don't want to be that flash in the pan and that's the reason that places close down so quickly and people move on.

So is that what we can attribute the Rose Bar's success to – spurning that whole trend culture? Was the plan to cultivate that timelessness by taking it back 30 years?
We're trying to stay true to good music, definitely, it's not about the oldies like The Doors or something, it's celebrating a good culture. You have to have the music that makes you think a little bit. That's something we try to do with our Rose Bar sessions.

There must be something really gratifying in that for you, being a part of and building this venue where people will eventually say "you'll never believe this, but I saw such and such at Rose Bar 30 years ago."
It is. I need to be doing this, I need to be giving people this experience. There's an ethos within our brand that we want to showcase which is cultivating a community of people that are likeminded and sophisticated. We want everybody to relax and enjoy themselves but also reach out to other artists. I've seen musicians and designers that have never met each other before and then are suddenly working on this massive project together.

How important is exclusivity, finding that likeminded sophisticated individual, when it comes to cultivating a brand for a certain spot?
You raise a very interesting point, because I don't like to use the term "exclusive." We like to be inclusive. We reach out to all different types of artists and it doesn't matter gender, race, creed, sexual orientation or any of that. Yes it is hard to get into it, we're handpicking people to make sure they're getting the opportunity to meet one another.

Why then the emphasis on artists?
Because it's not about the money. We don't like doing bottle service, I don't need someone that's going to come in and spend three grand. It's not about that all. There's a genuine kind of character and we're definitely trying to recreate that but in an original way. This is a safe haven for everyone who wants to get away from the outside world and be yourself.