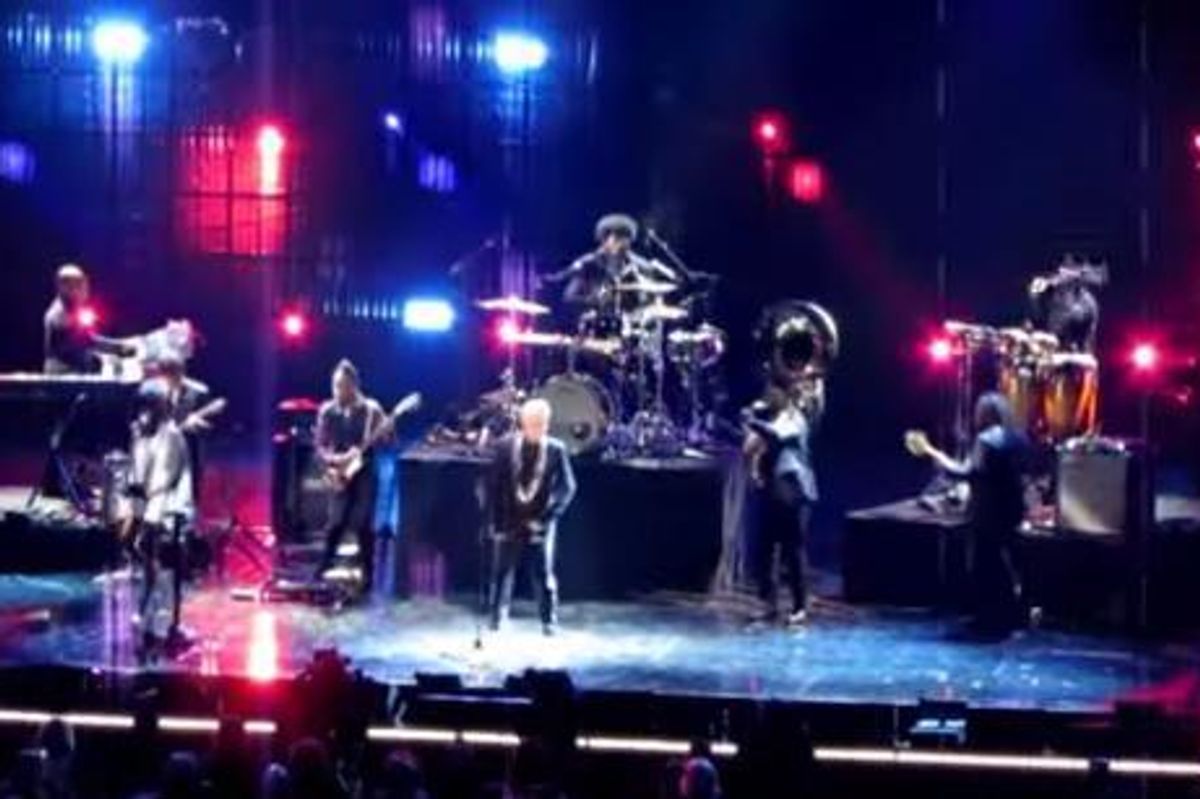 Watch The Roots, David Byrne, and Kimbra Open The Rock and Roll Hall of Fame With Bowie's 'Fame'

Last night at the Rock and Roll Hall of Fame induction ceremony at the Barclays Center in Brooklyn, The Roots, Davod Byrne, and Kimbra assembled on stage to open the big night.

The performance came nearly a week after the star-packed David Bowie Tribute Concert at Carnegie Hall and Radio City Musical Hall, where The Roots, as well as Kimbra, had dropped out of playing because of issues with equipment.

Thankfully, it was all about the music last night.

Daxx Nielsen on Instagram: “I literally have the best seat in the house for the Rock and Roll Hall of Fame induction. I wish my wife and siblings could be here with me…”

Watch the full cover below.