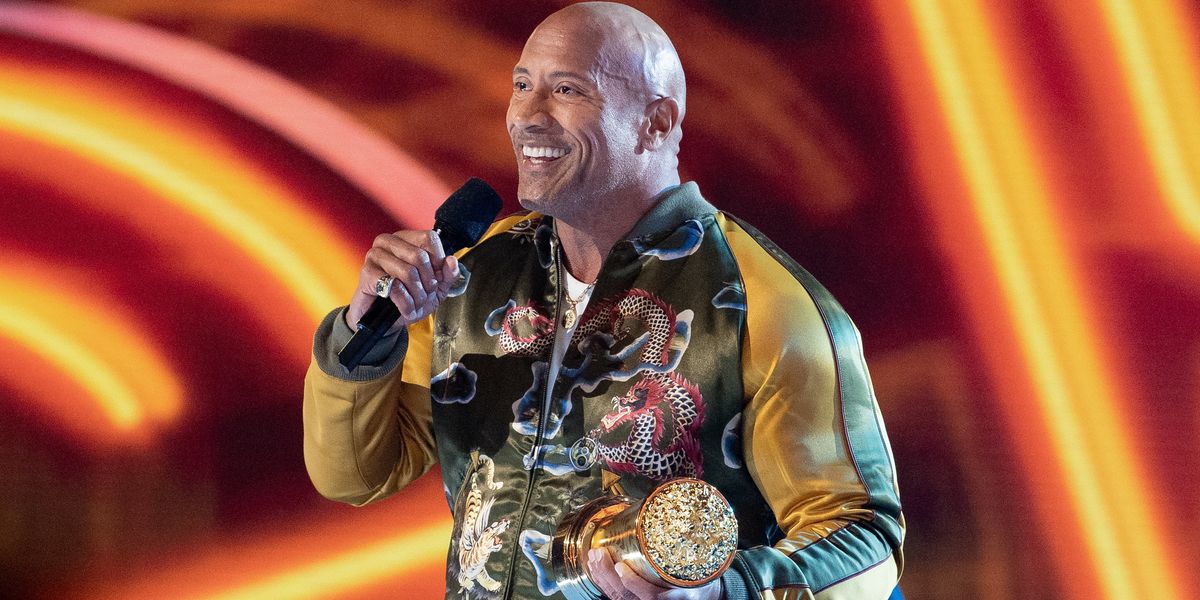 The Rock Just Wants You to Be Yourself

Let's pause and reflect on how far Dwayne "The Rock" Johnson has come: from his Speedo-clad wrestling theatrics in the WWE ring of the late 1990s, to a rumored bid for the presidency, to a coveted position as one of the highest-paid actors in Hollywood in 2019. Last night, Johnson was honored with the Generation Award at the 2019 MTV Movie & TV Awards. He took the opportunity to look back on his journey and share some heartfelt advice about staying true to yourself amid pressure to conform.

Johnson took the stage as dancers performed a fiery routine that combined Johnson's Black and Samoan cultures, to the very appropriate song choice of Queen's "We Will Rock You." He joined in on the dance and then posed for the big finale, doing the iconic "Rock Eye."

After accepting his golden popcorn statuette, Johnson first thanked the dancers and choreographers, then MTV, and his family of "strong-ass women." He thanked the fans and offered a lesson he's learned over the years: "The most powerful thing that we can be is ourselves."

He encouraged the audience to not only be their authentic selves, but to "bring everybody with you" — to be "kind," "compassionate," and "good." He concluded: "It's nice to be important, but it's more important to be nice." So, let's all agree to be good! After all, it's the gospel of "The Rock."