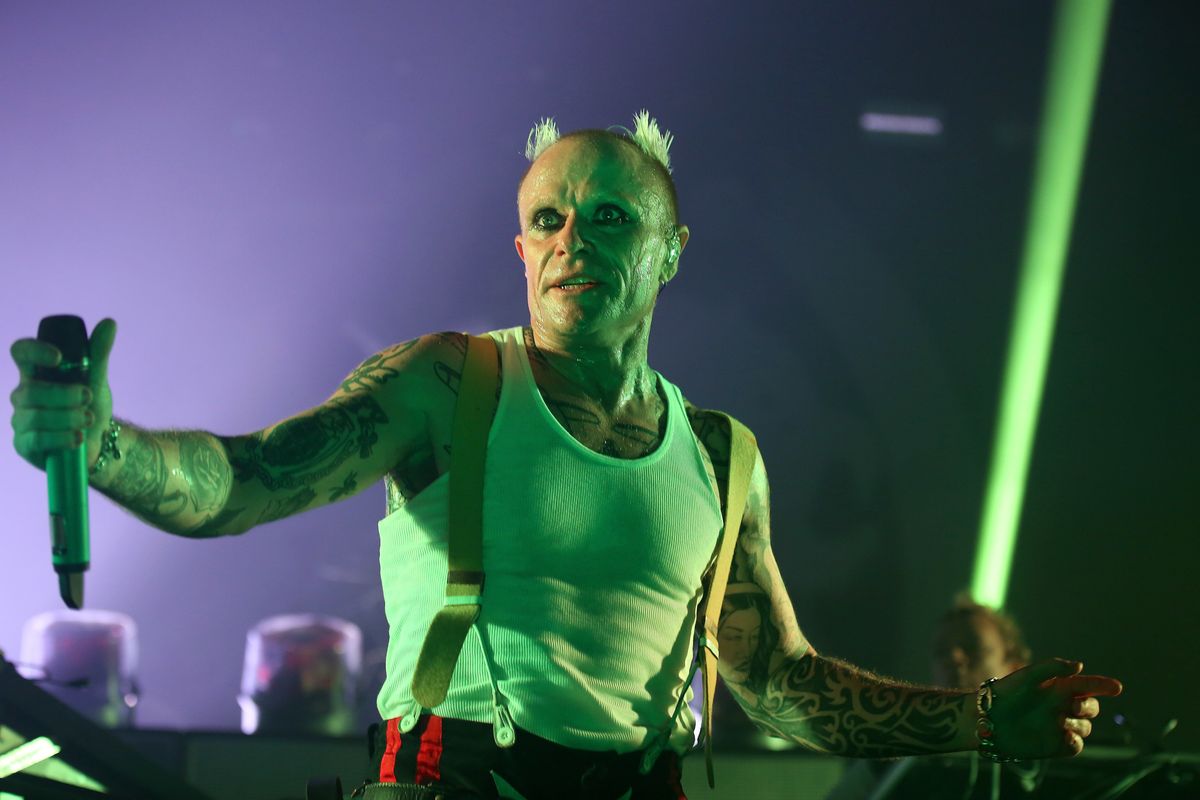 English electronic band The Prodigy has been widely credited as a major influence on underground and mainstream rave culture. Over the years, the band, which went from four original members to three, has also been recognized for bringing alternative dance music to the masses.

Sadly, an iconic member of the group, vocalist and dancer Keith Flint, was found dead over the weekend in his Essex home. While no official cause of death has been revealed, The Prodigy founder Liam Howlett wrote on Instagram that Flint died by suicide. He was 49 years old.

The Prodigy has reportedly sold more than 30 million records worldwide, winning numerous awards, including ones for their provocative, dark, and raw videos. One of their best-known, and perhaps most controversial videos is the 1997 clip to "Smack My Bitch Up," which was directed by Jonas Åkerlund. It explicitly depicts a hedonistic night out in London of drugs and sex, including a full sex scene and cocaine use on camera. The video, which received criticism upon release, was eventually banned from MTV (and apparently, most of the web, as the full clip is nearly impossible to find).

The band is also known for influencing big beat music, along with acts like the Chemical Brothers and Fatboy Slim. That genre, an offshoot of the heavy breakbeat loops of '80s techno and acid house, achieved mainstream popularity in the '90s. Flint epitomized raver style, often in heavy eyeliner and a mohawk. Some of his most memorable contributions include vocals on songs like "Firestarter" and "Breathe," which were number one hits in the UK and received trippy visuals.

Additionally, in the early aughts, Flint fronted his own band, called Flint, during which he collaborated with Marilyn Manson. He was also an avid motorcyclist, having competed in club races, and even owning a motorcycle racing team, Team Traction Control, which won three Isle of Man Tourist Trophy races in 2015.

In Keith Flint's memory, watch a few of The Prodigy's videos, below.