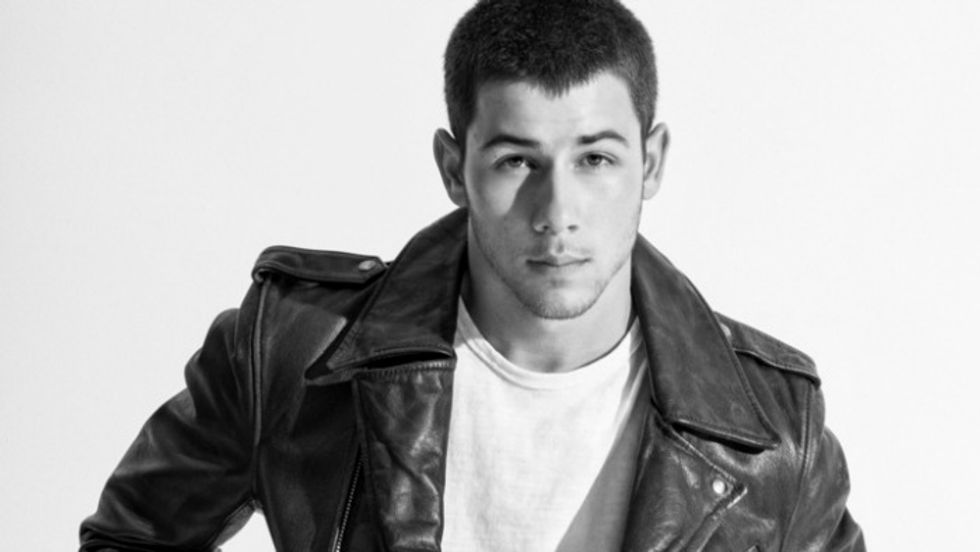 By Sandra Song
PAPERMAG
Nick Jonas is growing up, and to help his image catch-up he's recently done a few new and very surprising collaborations that just don't feel quite right. Dropping a new track yesterday on BBC Radio 1 Xtra with UK grime star Stormzy and premiering a video with Bay Area rapper Sage the Gemini today, it seems like Jonas is looking to beef up his public persona by slowly inching into genres with political roots that extend much deeper than your average pop hit. Guess Demi Lovato didn't cut it. However, it begs the question of where the smallest JoBro got all this sudden street cred from and whether it's all a mere ploy to capitalize on cool -- an easy assumption as this could very well be Nick's attempt to pull a "Justin" in an attempt to distance himself from his cutesy boy band past.
Sure, mainstream musicians have been co-opting traditionally black genres for eons (rock n' roll, hello?), but there's something extra unsettling about Jonas's timing and the particular genres he's chosen to engage -- mostly because it feels tone deaf during this pivotal moment in American history. We're currently embroiled in one of the biggest racial conversations this country's ever seen, a discussion that Jonas, like many other pop stars, have been completely absent from -- once again, most likely for PR-related reasons. But what exactly gives him the right to co-opt genres defined by their political roots to further his own image?
Then again, for a guy who racked up almost 10 million views on his gospel version of "Jealous" and still has yet to credit the singers who ostensibly give the video its oomph, maybe this isn't all that surprising.
Because while it's all well and good to be inspired and collaborate with these artists, one has to contemplate the timing of these partnerships and what they mean for Jonas himself. The problem comes in when you take into consideration that both Sage and Stormzy come from traditions that are innately political in their leanings, charged by the struggle of underrepresented black artists who span the Golden Gate Bridge to London's East End. The mere fact that Jonas could be capitalizing on these messages as a young, white and incredibly famous pop star in an attempt to edge-up his image seems a little icky to say the least.
After all, Sage the Gemini's music has its roots inthe Bay Area's hyphy scene, which emerged as a way of reasserting indie hip-hop in the public and cultural spaces at a time when they were being squeezed out. Grime's origins are also similar, as it was an aggressive, disillusioned take on UK garage meant to express the frustrations of poor, underrepresented black men when o.g. garage was on mainstream charts.
Using obliquely anti-commercial genres to spice up your public image is messed up, not to mention the fact that hyphy and grime are also fueled by undercurrents that exalts resisting the police and reclaiming public spaces. So then how did a good boy from Jersey find his way to Stormzy's acidic spit and Sage's fatalistic repetition? Only Island Records's marketing department will know.
Stream the material below.
"Good Thing" - Sage the Gemini ft. Nick Jonas