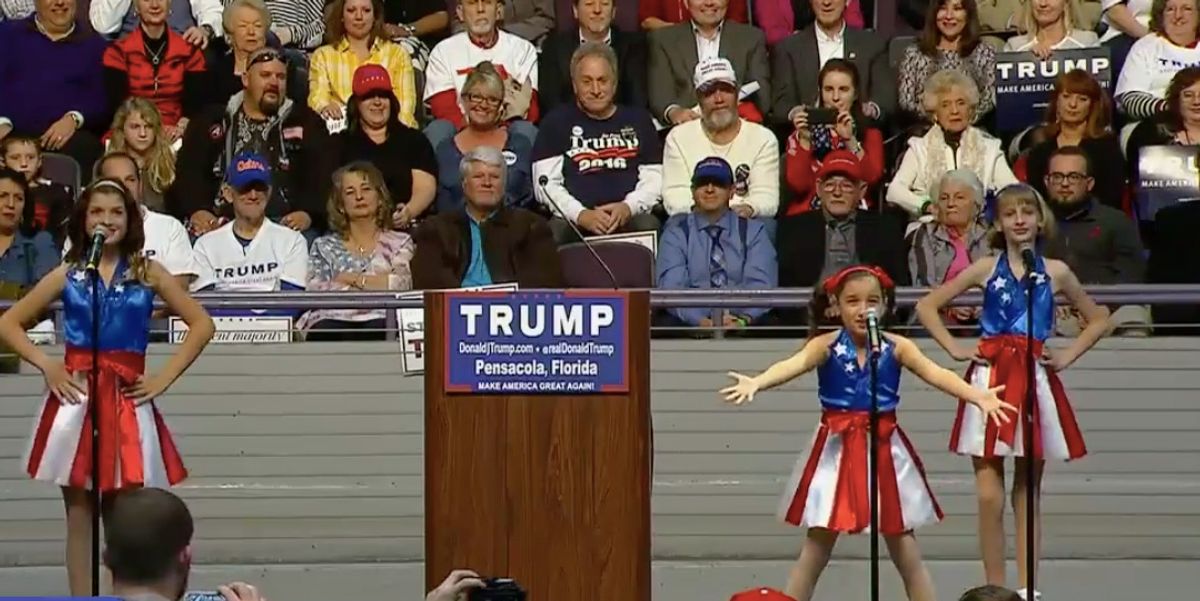 Meet the Freedom Girls, a trio of lil' patriots who performed 2016's hottest intolerance anthem, "The Official Donald Trump Jam" at a rally in Florida on Wednesday. They took to the stage dressed head-to-toe in American flag-inspired numbers and the lyrics are somewhere between a Kidz Bop fever-dream and some good old fashioned, down-home GOP propaganda. And it's all very creepy, considering these three girls were probably pressured by their parents to perform it in front of a gaggle of wild-eyed Trump-sympathisers.

🎶"Enemies of freedom face the music, come on boys take 'em down"🎶

Although, as Complex points out, we can't pretend like the democratic party hasn't done some embarassing things to garner a bit of attention from the youths of America.