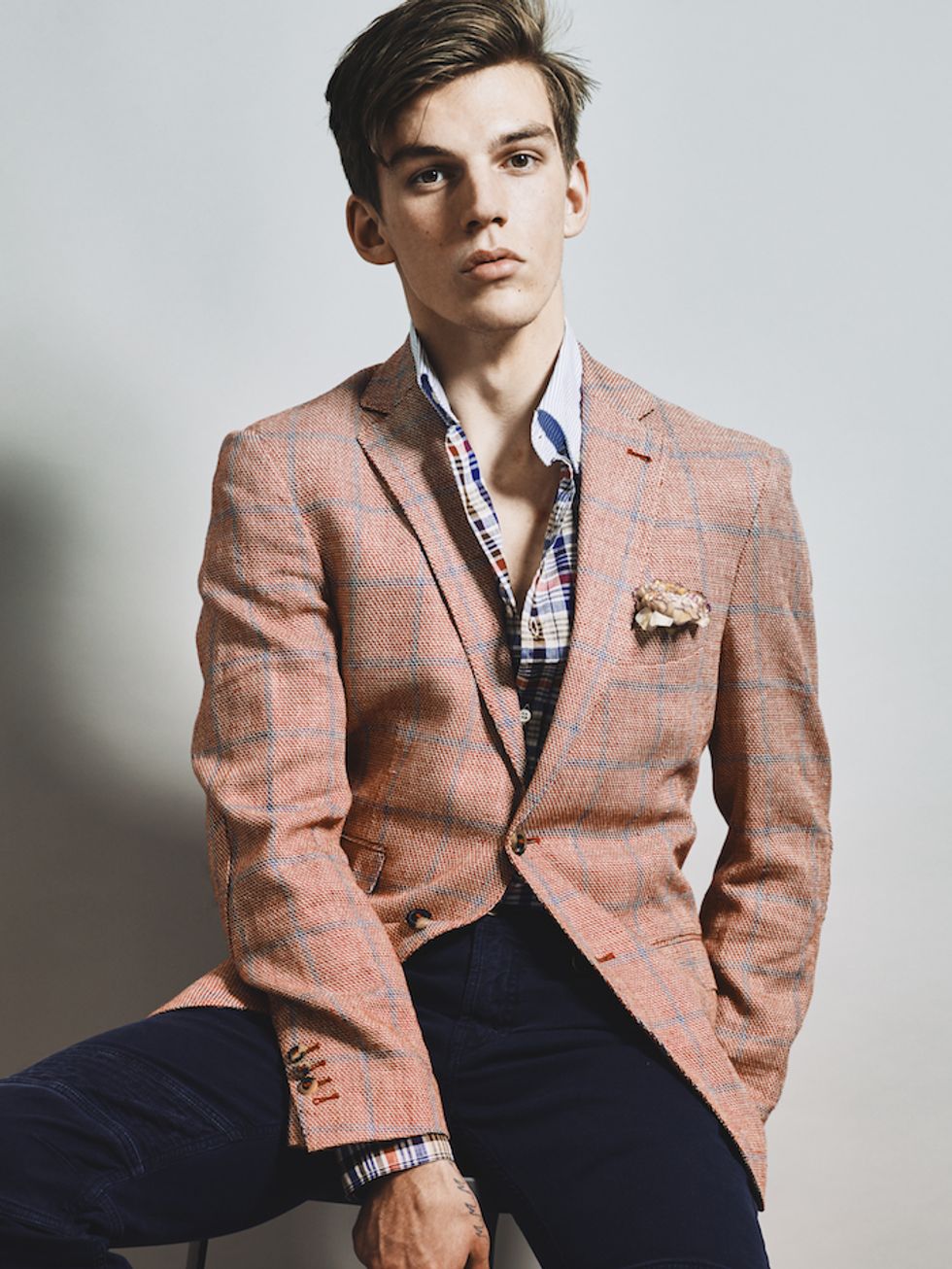 by Mickey Boardman
PAPERMAG
Welcome to the inaugural edition of our column The New Royals, in which we introduce you to the noteworthy youngsters we know are destined for fame. Some will actually be from royal or princely families, others will be the brethren of showbiz's kings and queens. Whatever the case, they'll be fabulous.

We kick things off with model Miles Hurley, who is the nephew of legendary sexbomb Elizabeth Hurley.

Name: Miles Hurley
Age: 18
Lives in: New York
Zodiac sign: Capricorn
Occupation: Model with Red Men NYC
Education: Emanuel School and some Collingham College. "I can go back  to college when I want to. Modeling is a once-in-a-lifetime opportunity."
Discovered: "I got scouted when I was 13, but they thought I was 16 because I was 6'1."
First big break: Going to Sicily to shoot a campaign for Carharrt when he was 16.
Favorite shoot so far: A whirlwind Cavalli campaign with photographer Michel Comte in LA. "I flew to LA from London for one day. I hadn't been to America since I was 2 and couldn't remember anything -- I just went there, landed, stayed on Sunset Boulevard and flew straight back into London. I didn't even get to eat an In-N-Out Burger!"
What's life in NYC been like? "I think this experience and leaving school early is character-building. It's really good for my independence. My friends all basically live at home with their parents."
As a Brit, does he have any thoughts on the Royal Family? "I know shockingly little about the monarchy and the Royal Family. I know it's an amazing thing but I have to say the most I do is watch the Queen's speech."
Did he watch the premiere of his aunt Elizabeth Hurley's The Royals?
"I was out with a friend, so I missed the premiere, which is awful because my mom kept calling to make sure I remembered to watch."