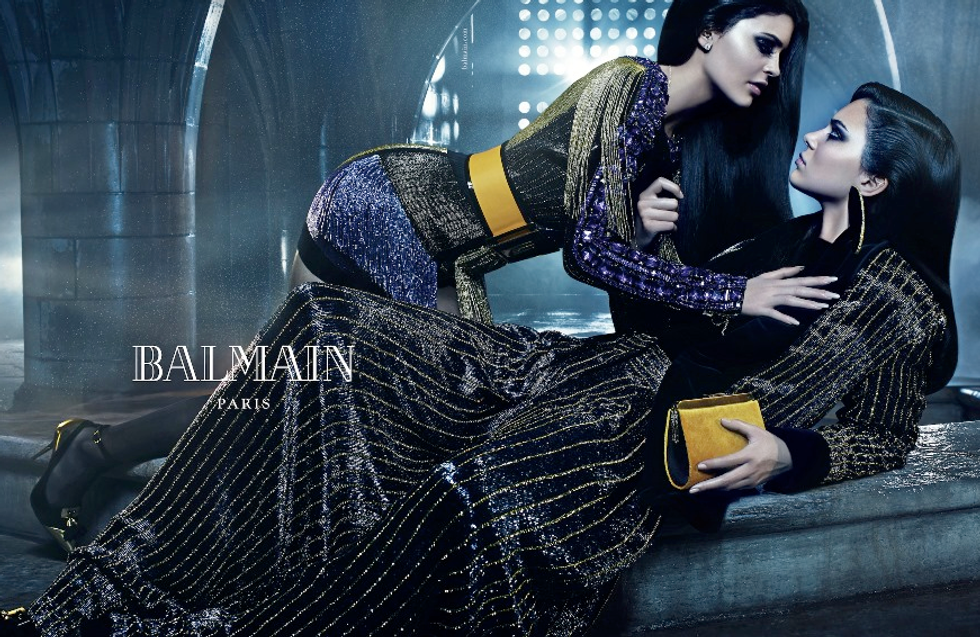 The New Balmain Campaign is a Sister (and Brother) Act

by Mickey Boardman
PAPERMAG
Kylie and Kendall Jenner
Today Balmain unveiled its Fall 2015 campaign shot by Mario Sorrenti and it's a high-fashion, ultra-luxurious celebration of sibling love. Or rivalry. Or both. Kylie Jenner is pinning down her sister Kendall. Bella Hadid holds down Gigi while doing her lipstick. Joan Smalls shows her sister Erika how to pose. So brothers don't feel left out, Armando and Fernando Cabral recreate the classic PietÃ¡ pose. Each duo are decked out in the sparkliest of Balmain disco finery and photographed in an old church. It's enough to make you call up your brother to plan coordinated looks for up in the club this weekend.