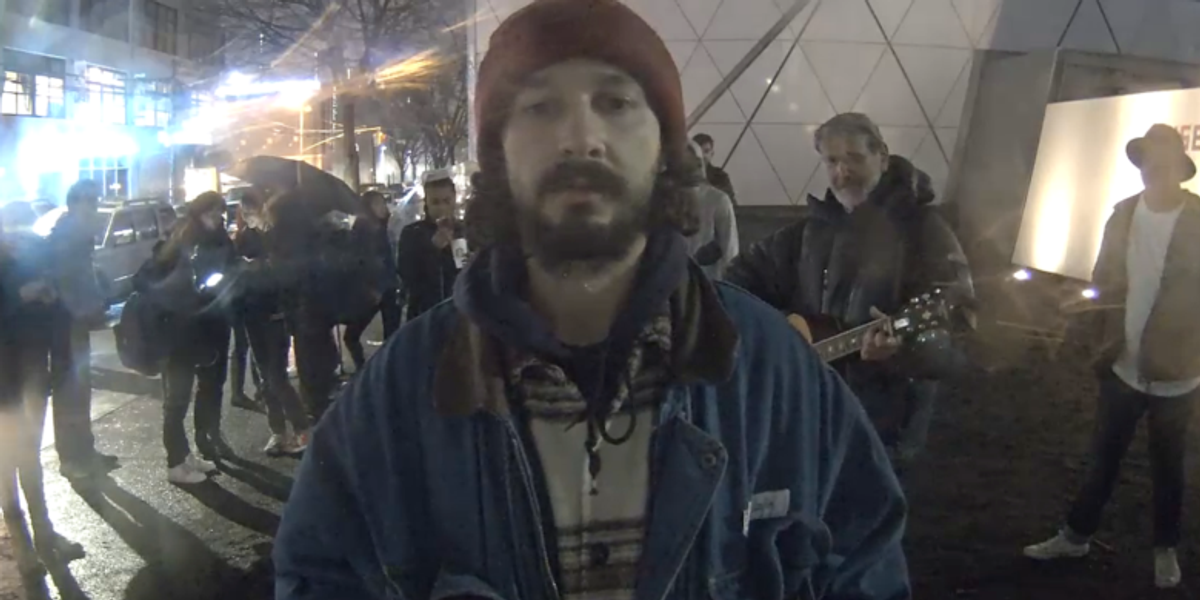 After three weeks of shouting at trolls and Nazi scarf-pulling, Shia LaBeouf's anti-Trump livestream has been taken down from it's spot outside of NY's Museum of the Moving Image, as "the installation created a serious and ongoing public safety hazard for the Museum, its visitors, staff, local residents, and businesses."

Following the aforementioned incidents, the museum issued a statement announcing that they would be halting the project, dubbed HE WILL NOT DIVIDE US. The project was began streaming the day of Trump's inauguration and was supposed to remain up for the duration of his time in office.

LaBeouf, for one, has tweeted the following in response.