PAPERMAG
08 May 2012
The Met Ball is all about a cute duo. Sure, actual couple-couples attend and walk the red carpet together, but very often designers and editors arrive and mingle with friends, muses and various and sundry buzzy celebrities. Here are our favorite twosomes of the night, couple-couples included. 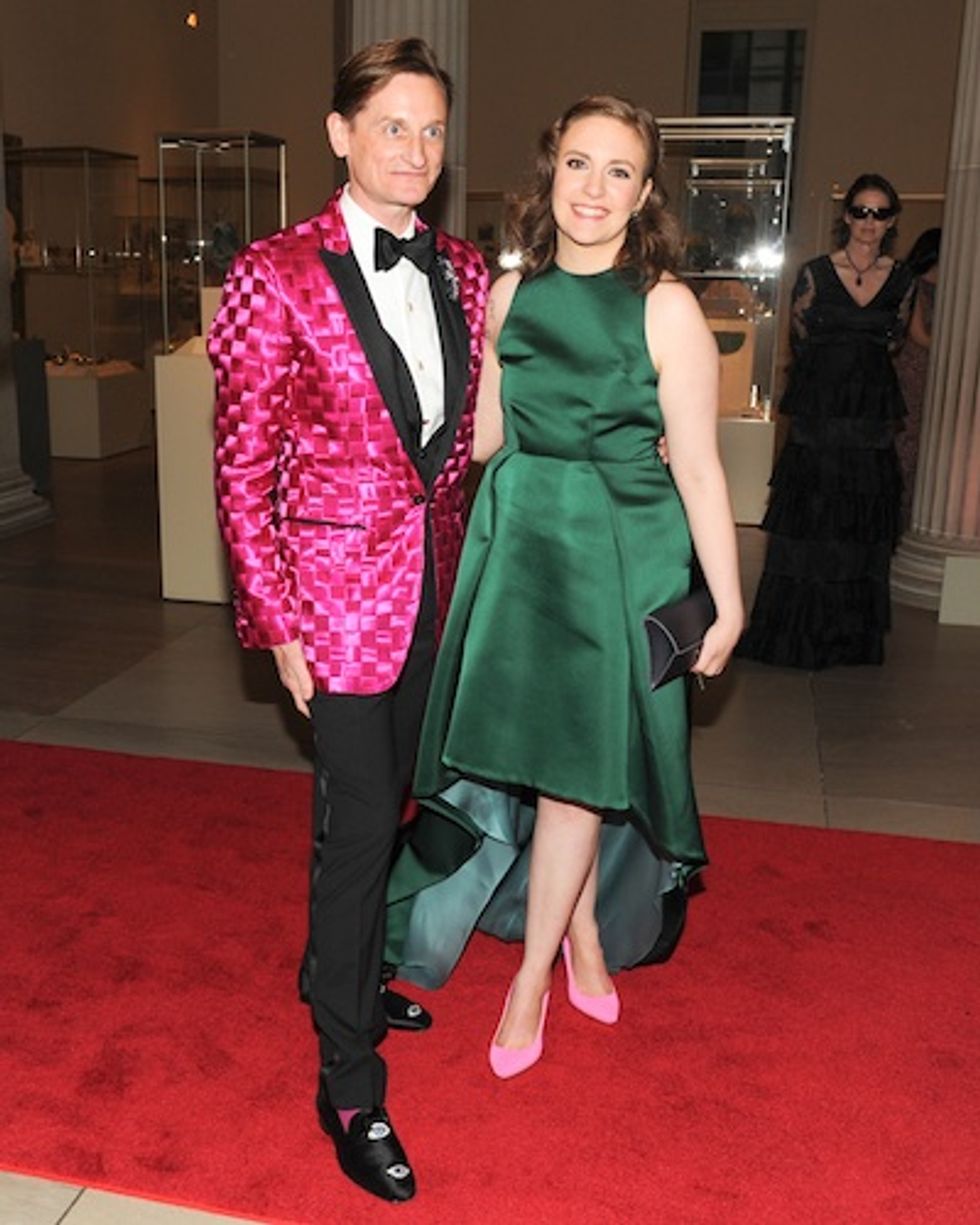 Hamish Bowles and Lena Dunham. Apparently Hamish saw these Stella McCartney heels in Lena's closet and told her she just had to wear them! 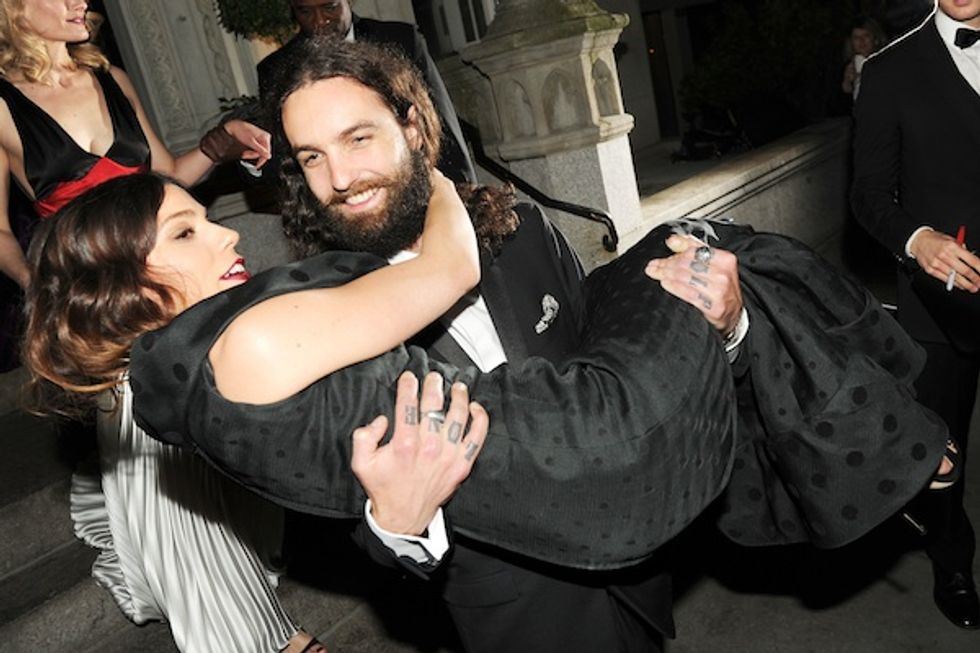 Ally Hilfiger getting swept up by boyfriend Steve Hash on the steps of the Met. 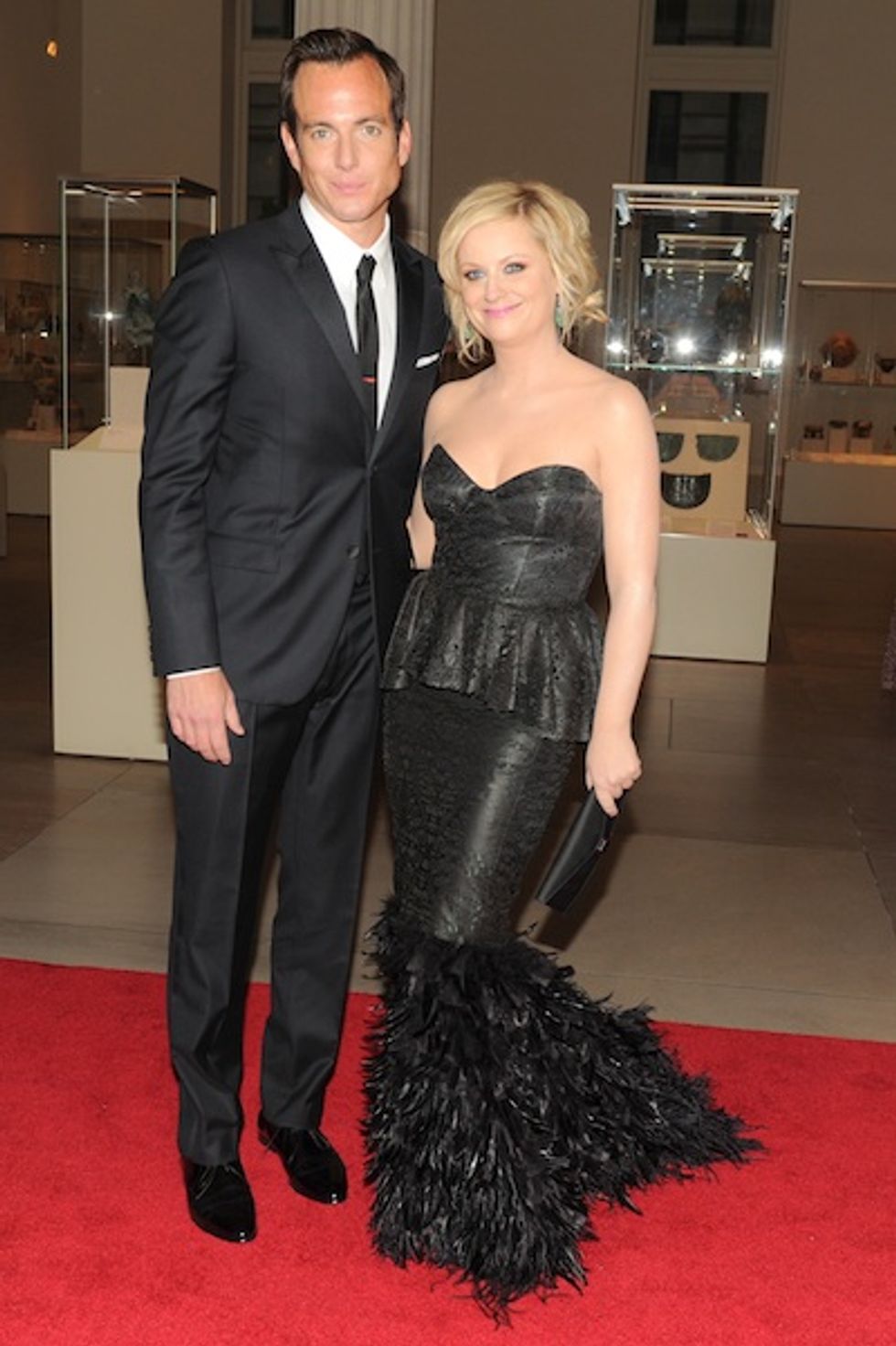 The cutest couple of comedy Will Arnett and Amy Poehler 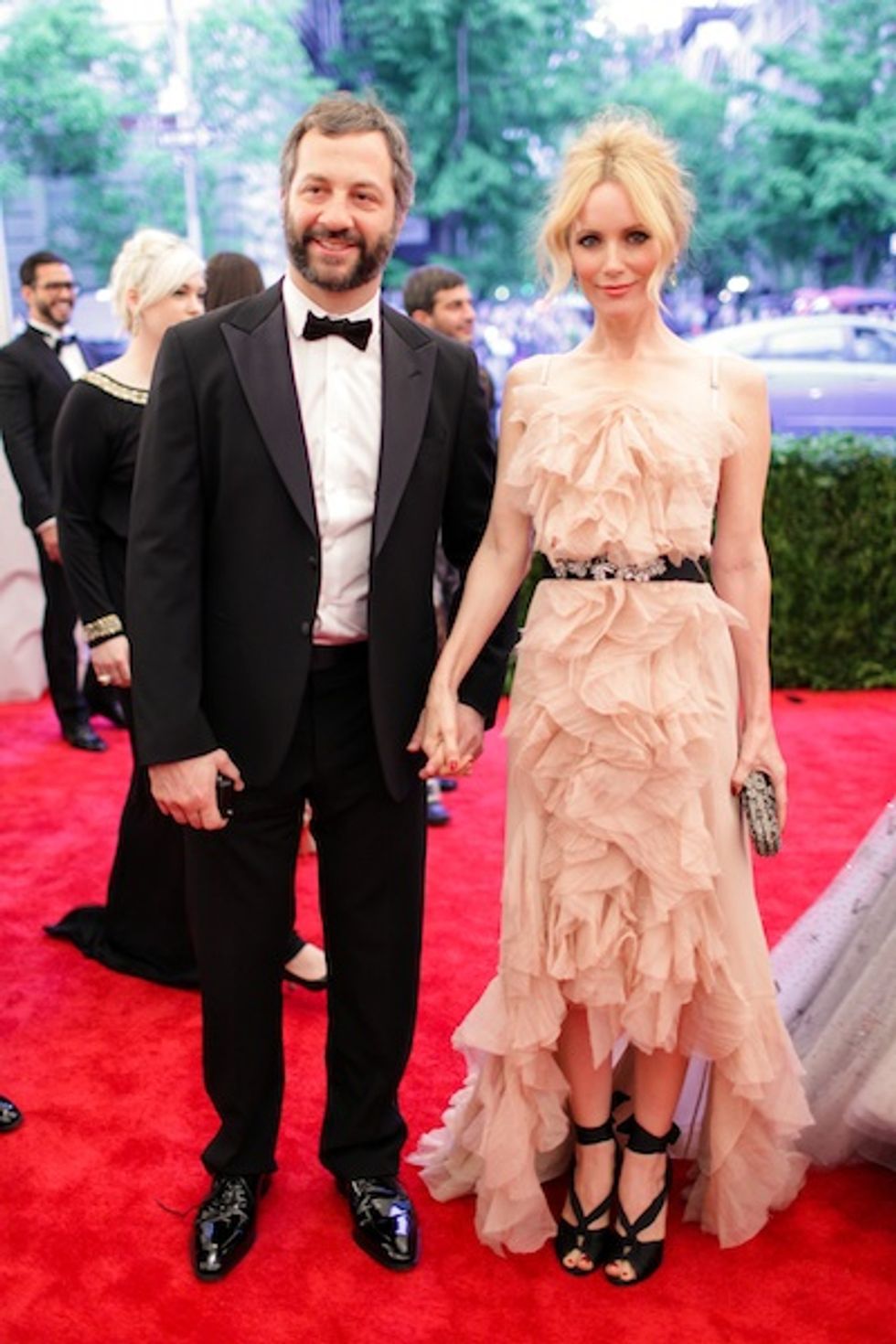 The other cutest couple of comedy Judd Apatow and Leslie Mann 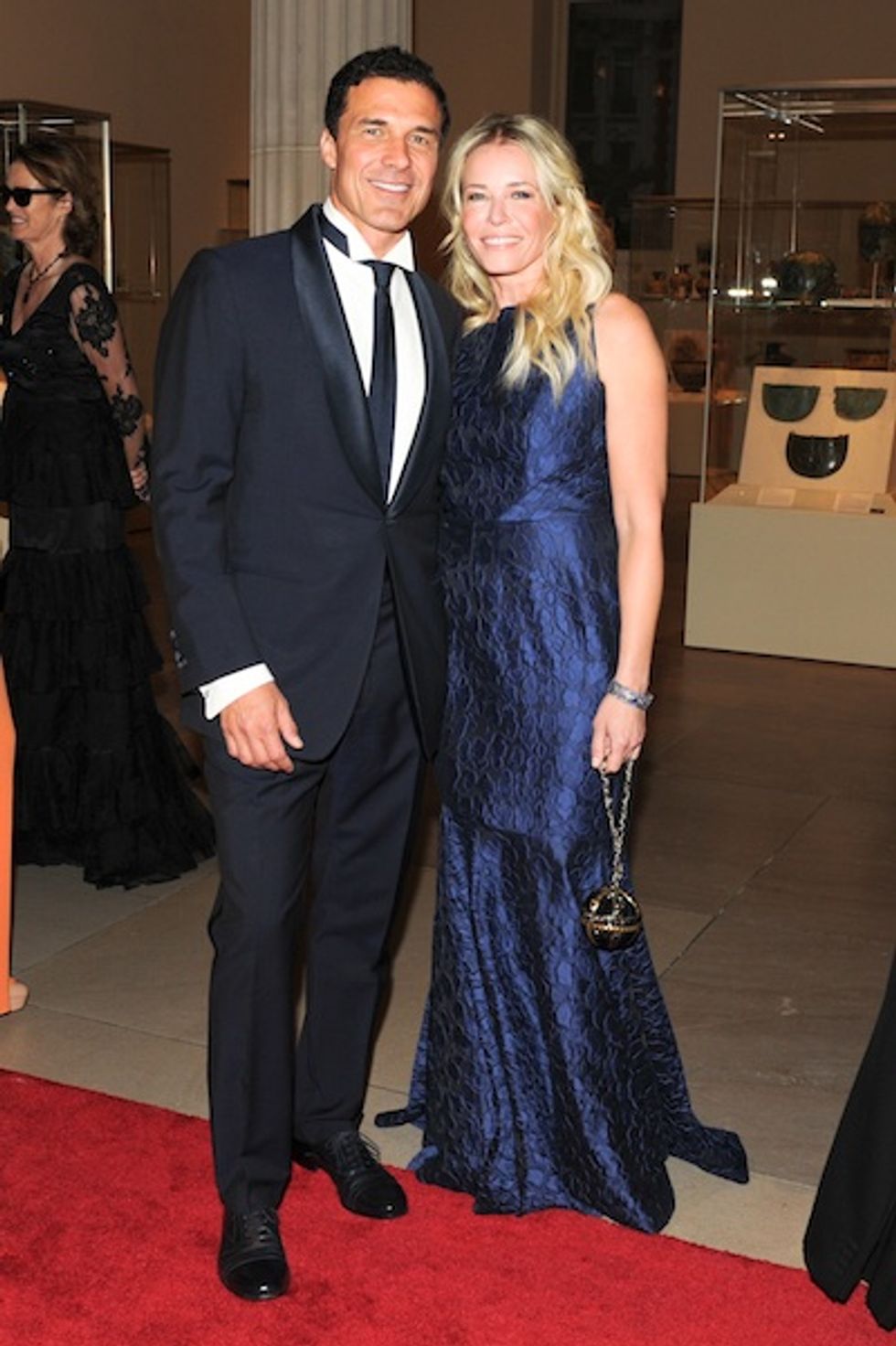 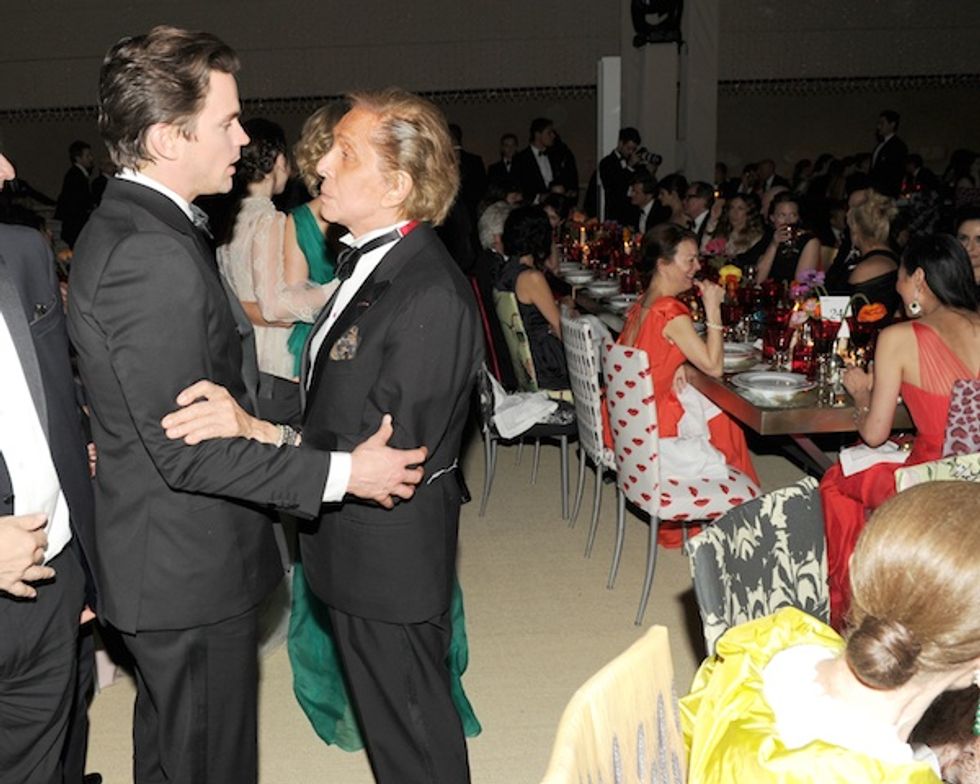 Love this shot of Matthew Bomer having a "moment" with Valentino. 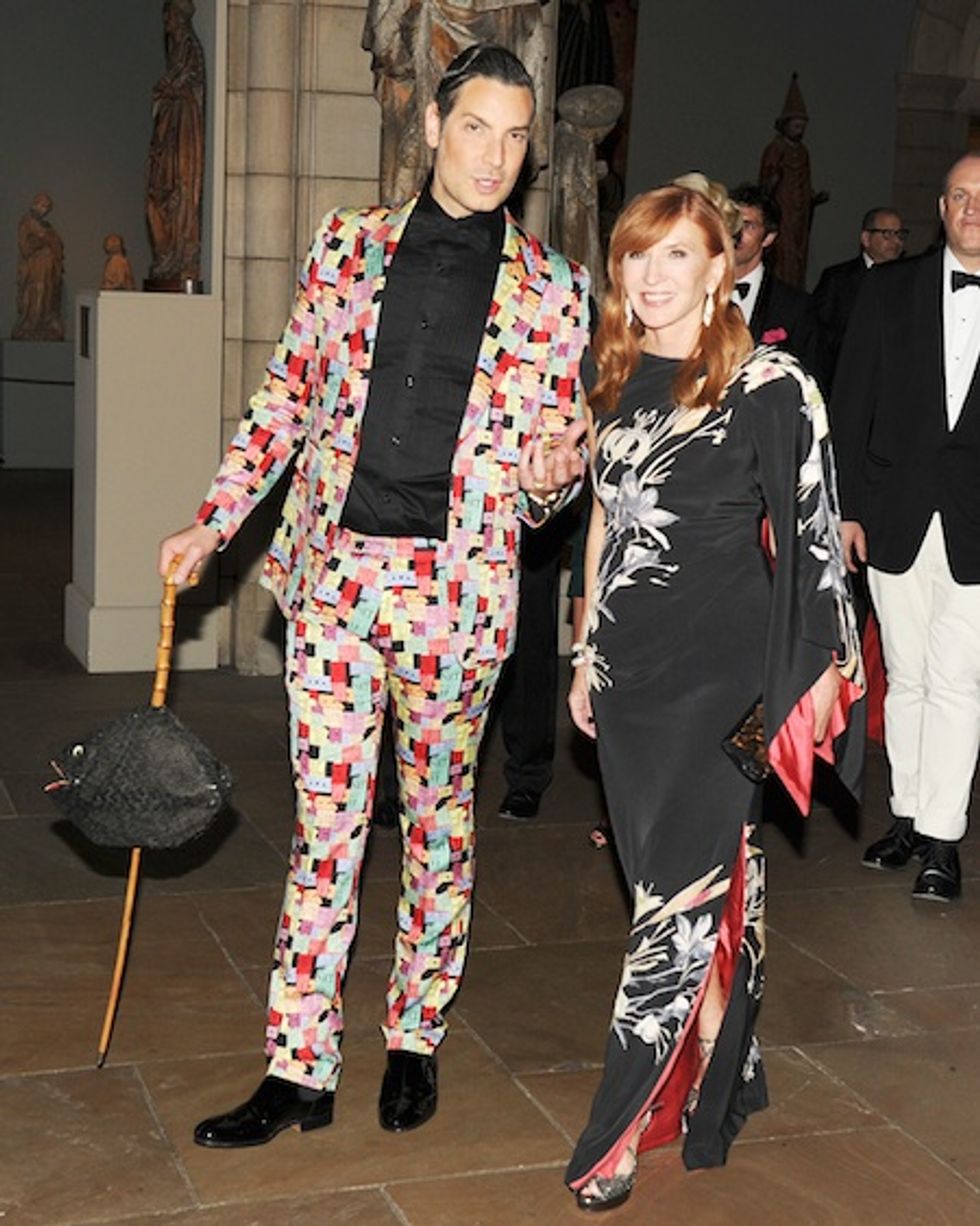 It's a pattern party with Decades' Cameron Silver and Nicole Miller. 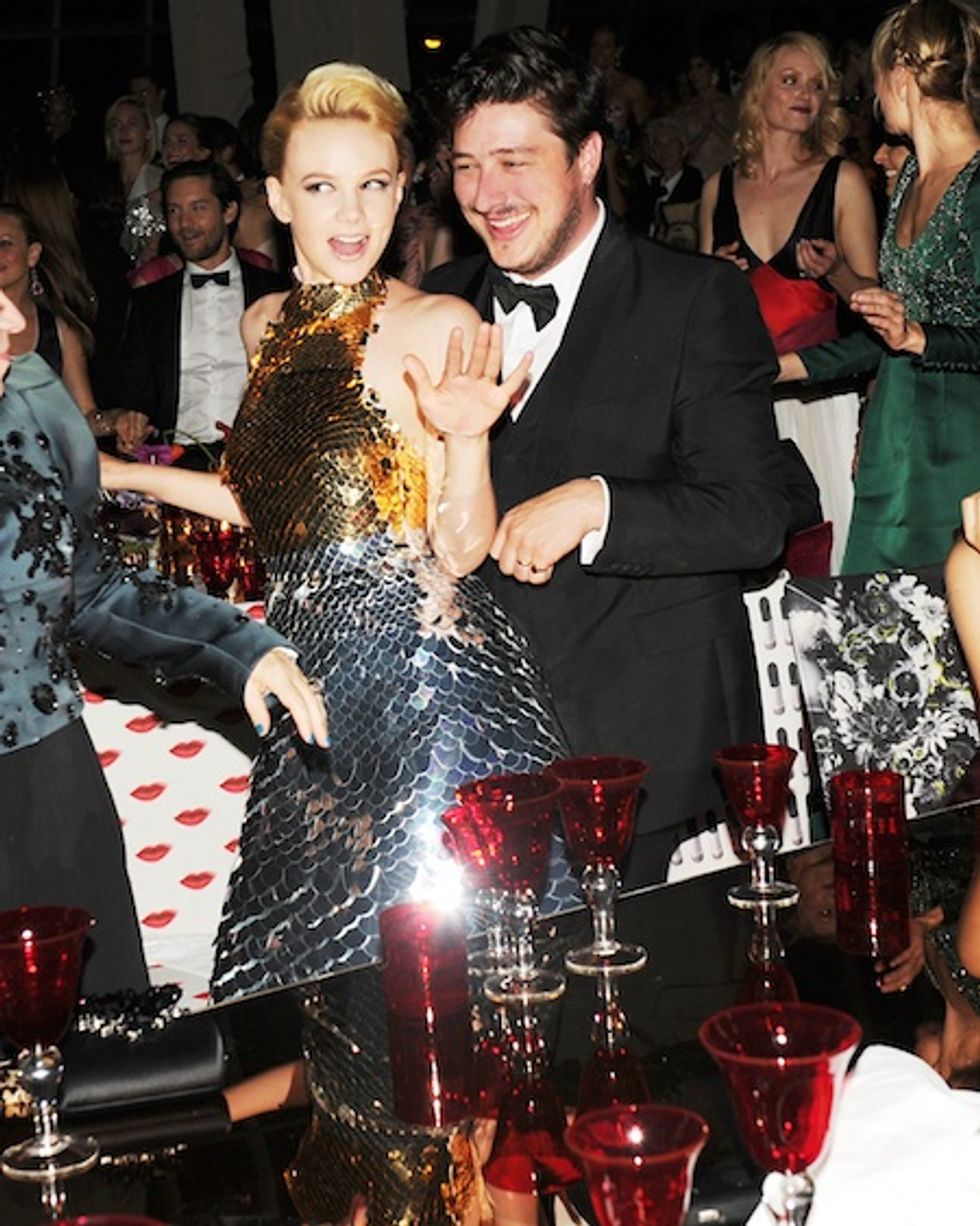 Recently-married couple Carey Mulligan and Marcus Mumford actually look like they're having fun. 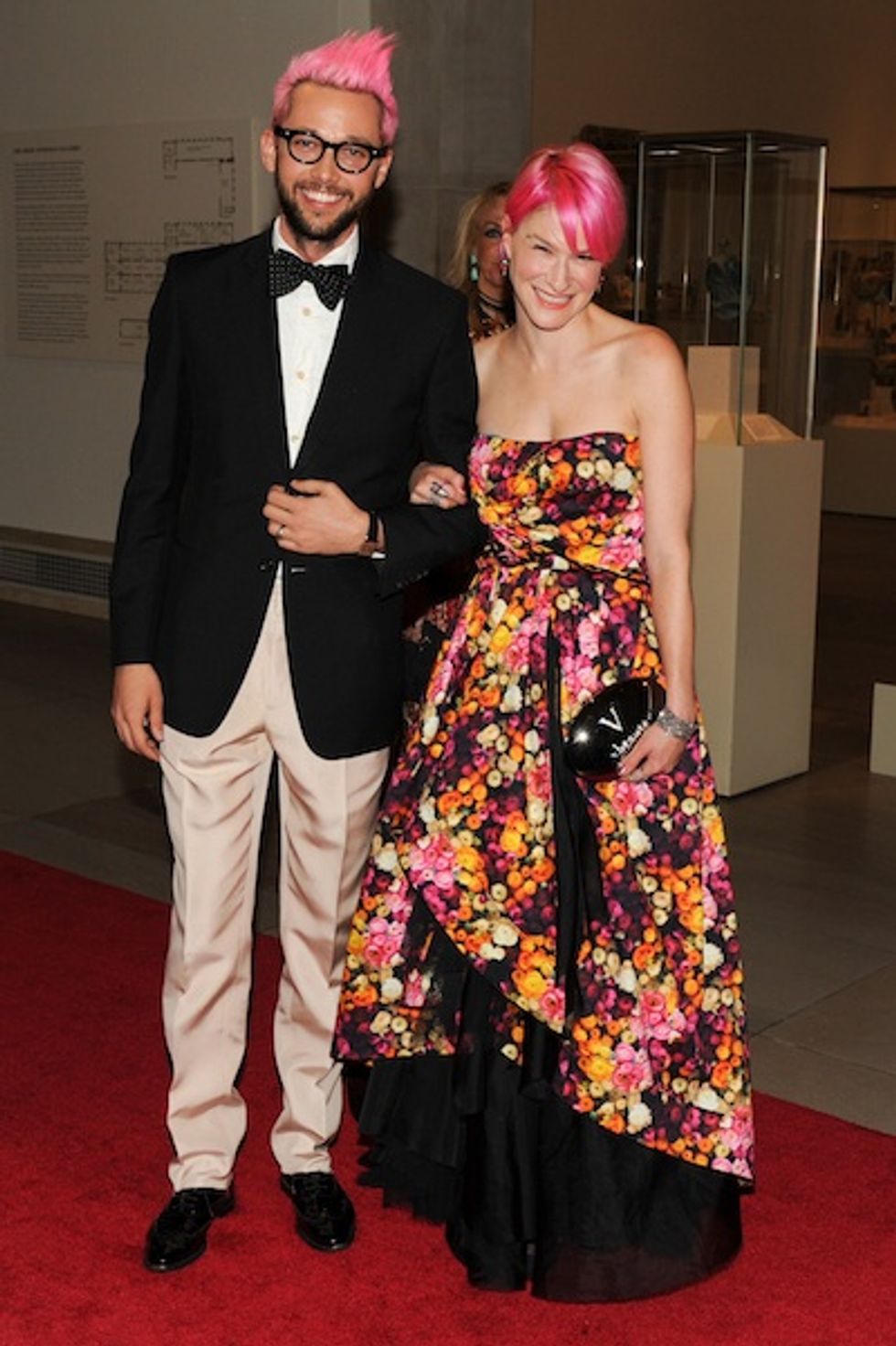 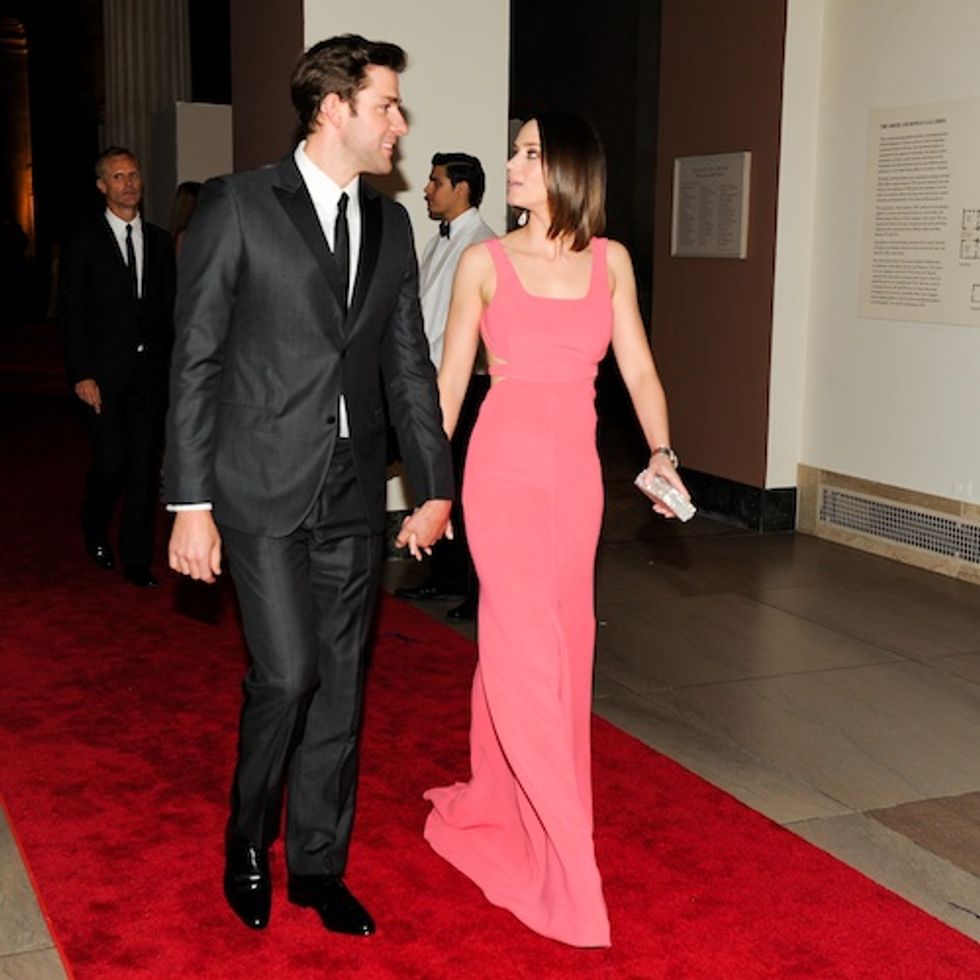 John Krasinski and Emily Blunt are just so elegant together! 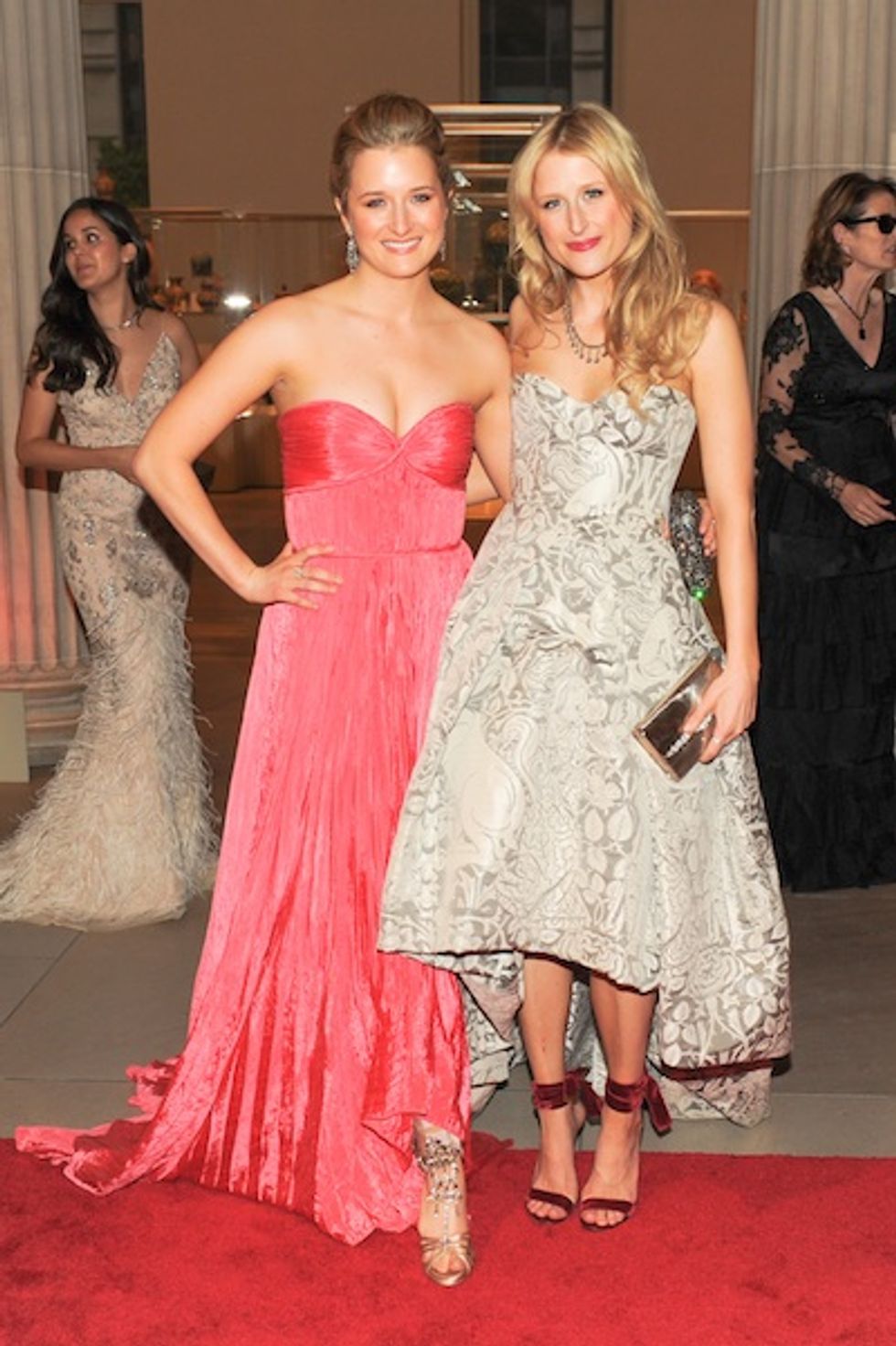 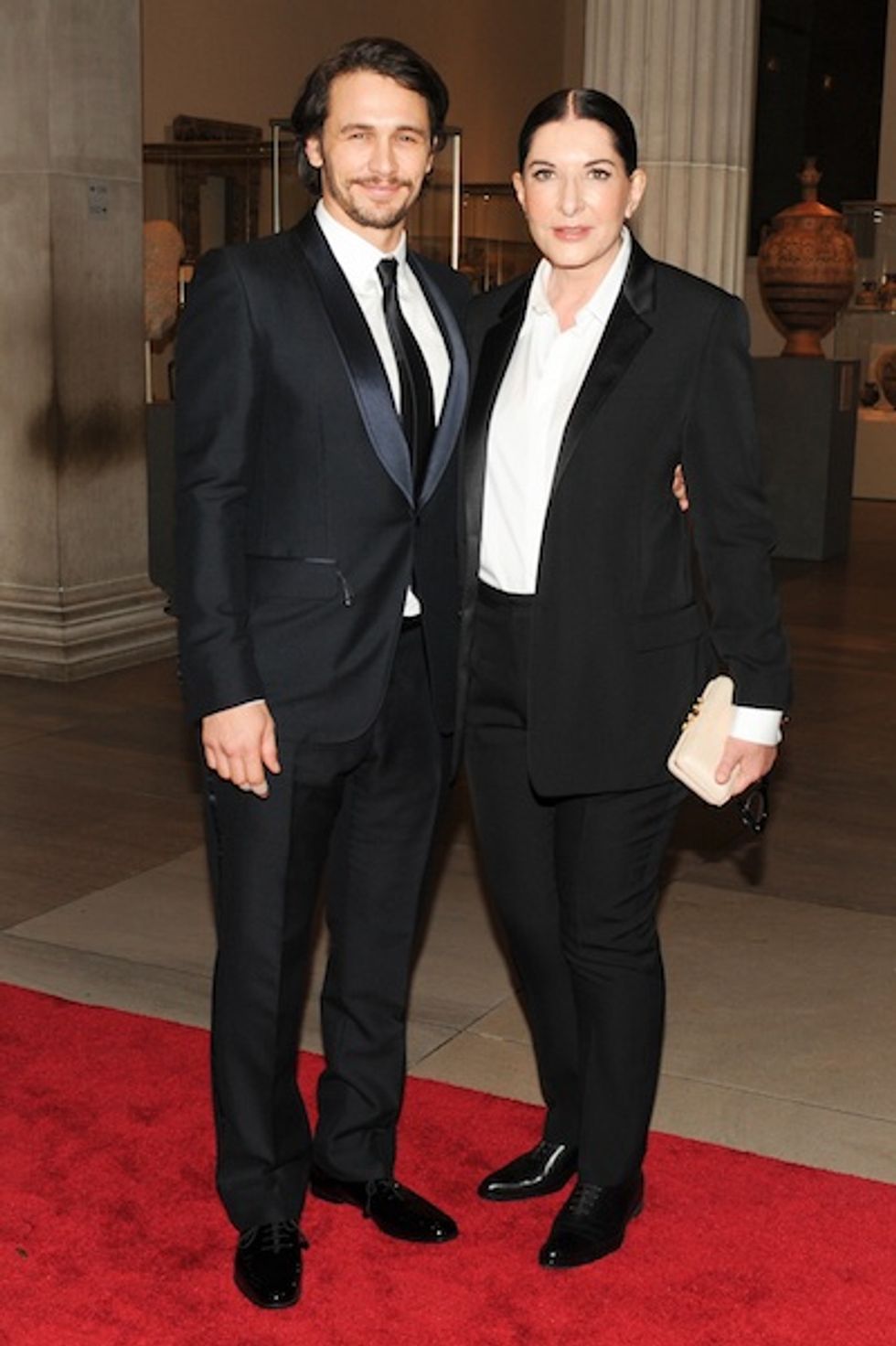 Arty for the party: James Franco and Marina Abramovic 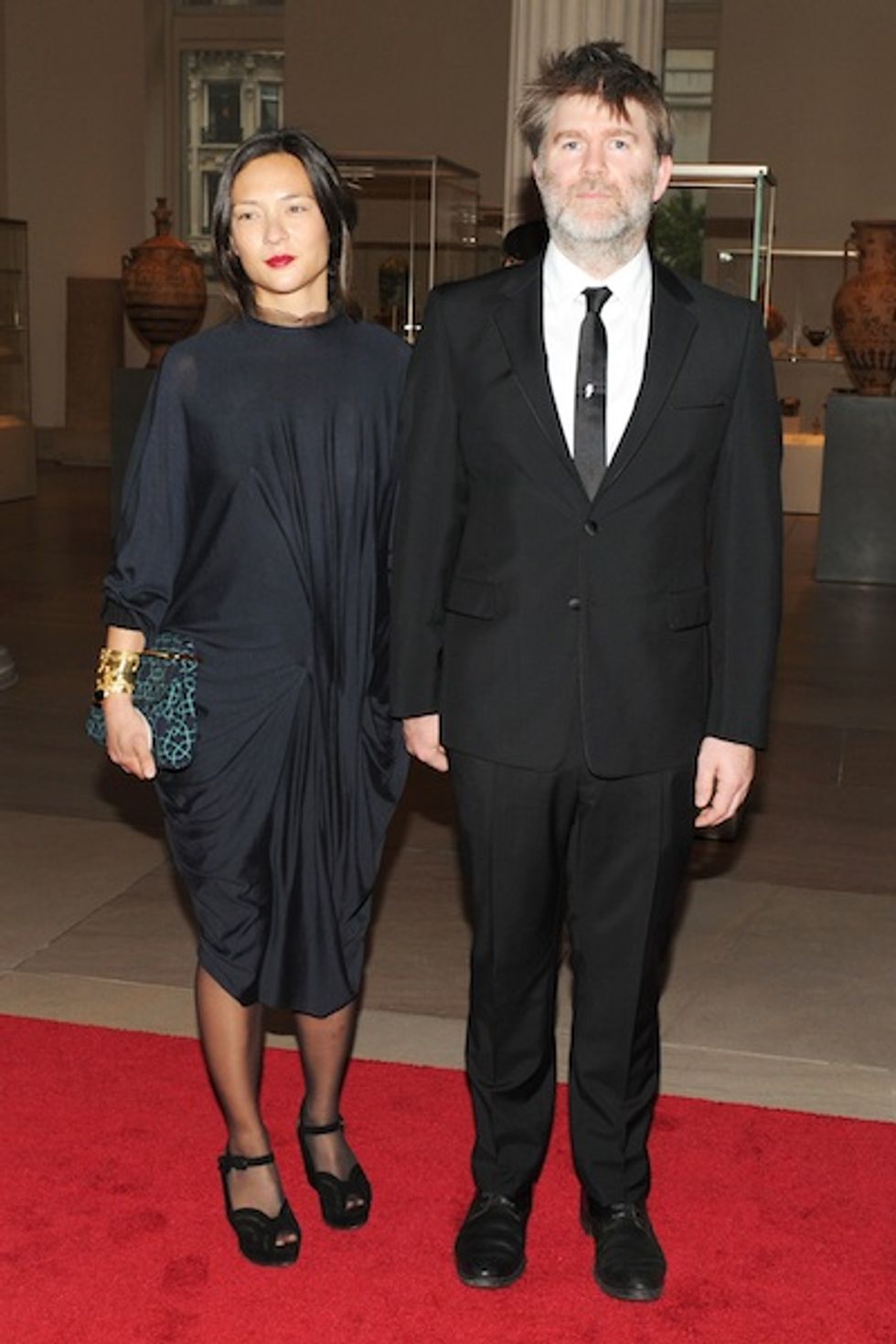 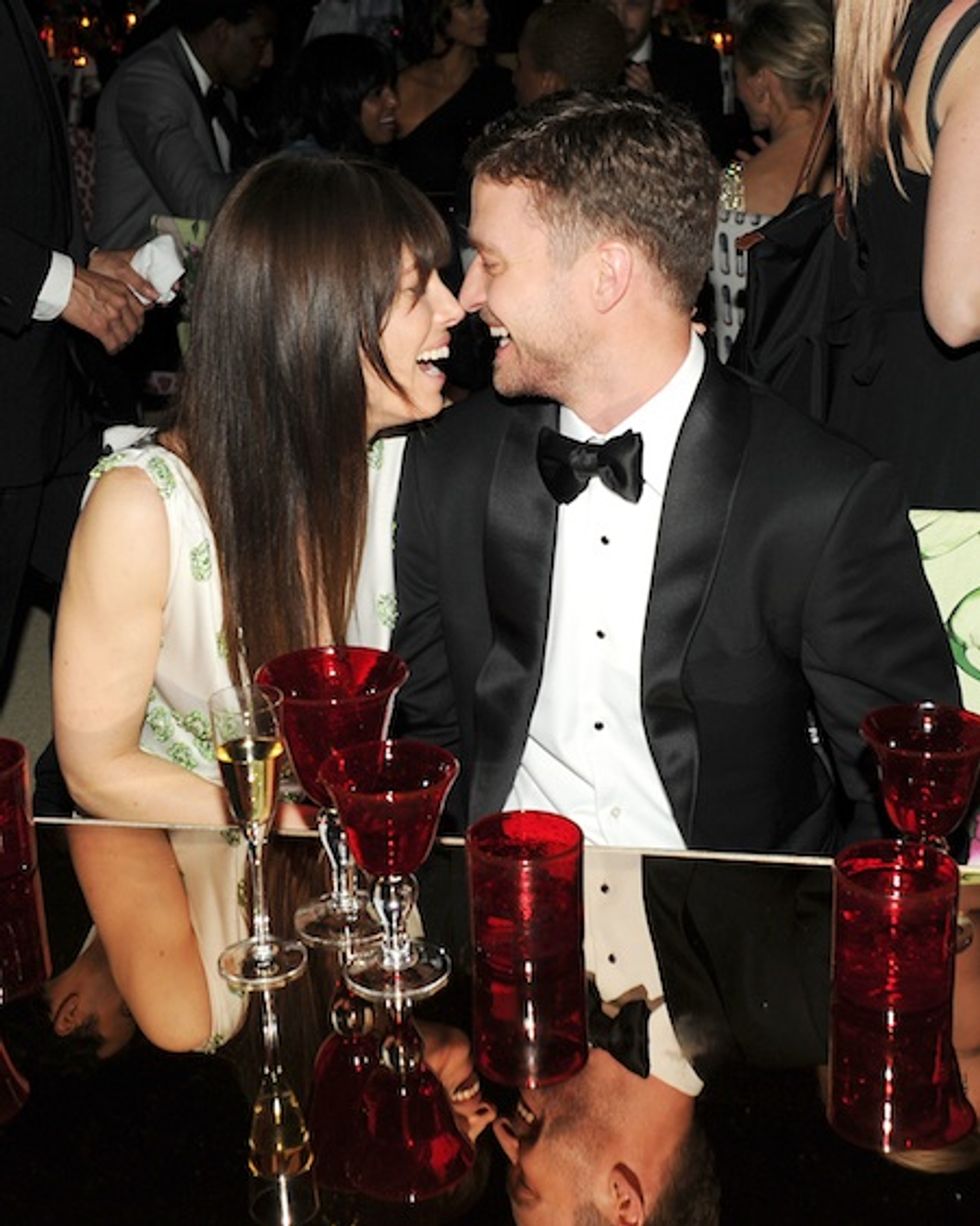 Jessica Biel and Justin Timberlake should have their people order a copy of this photo from Billy Farrell, frame it and put it on their nightstand. Their happy little faces are even reflected in the table!! 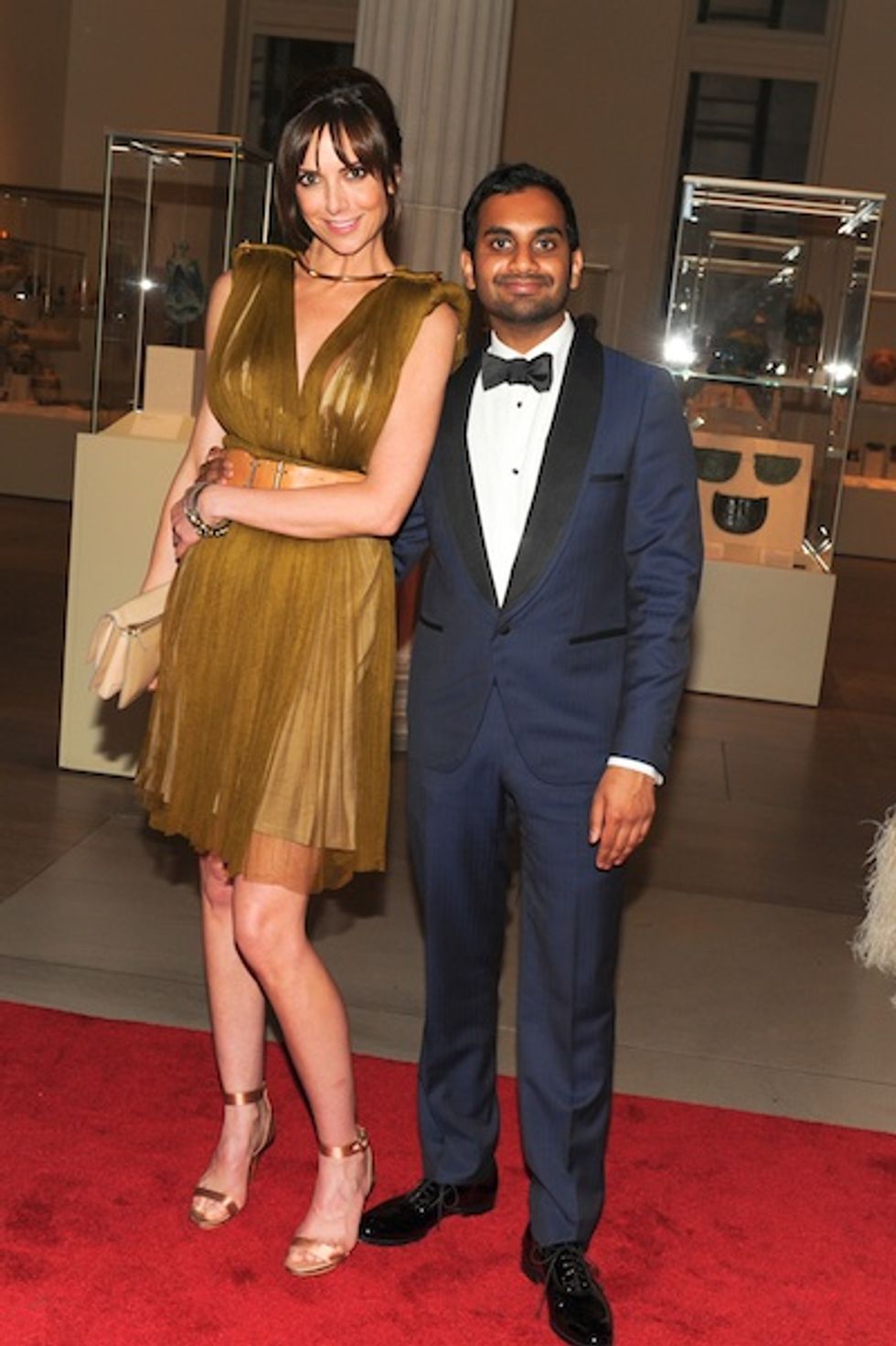 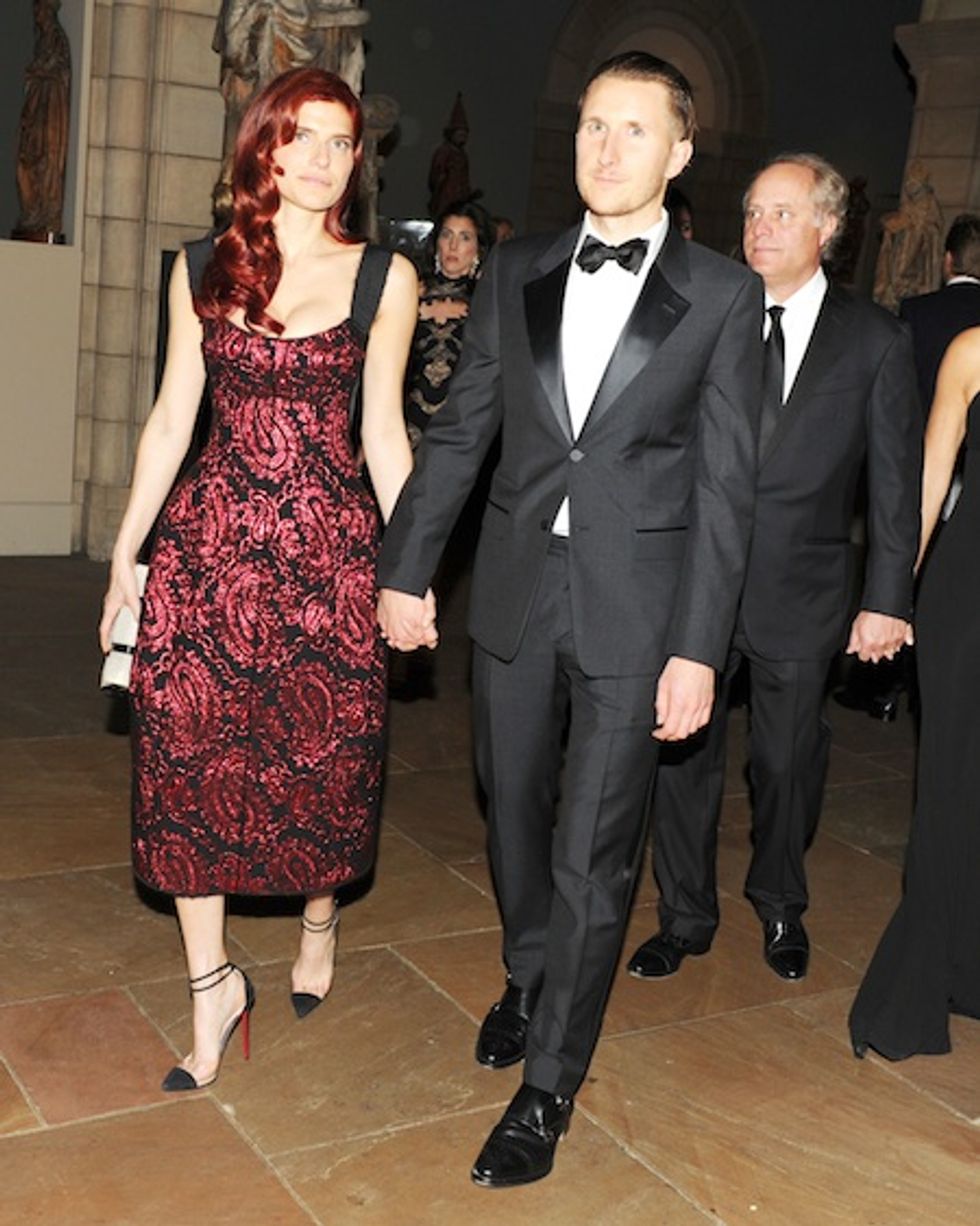 Lake Bell and her new fiancÃ© Scott Campbell are working a goth look. 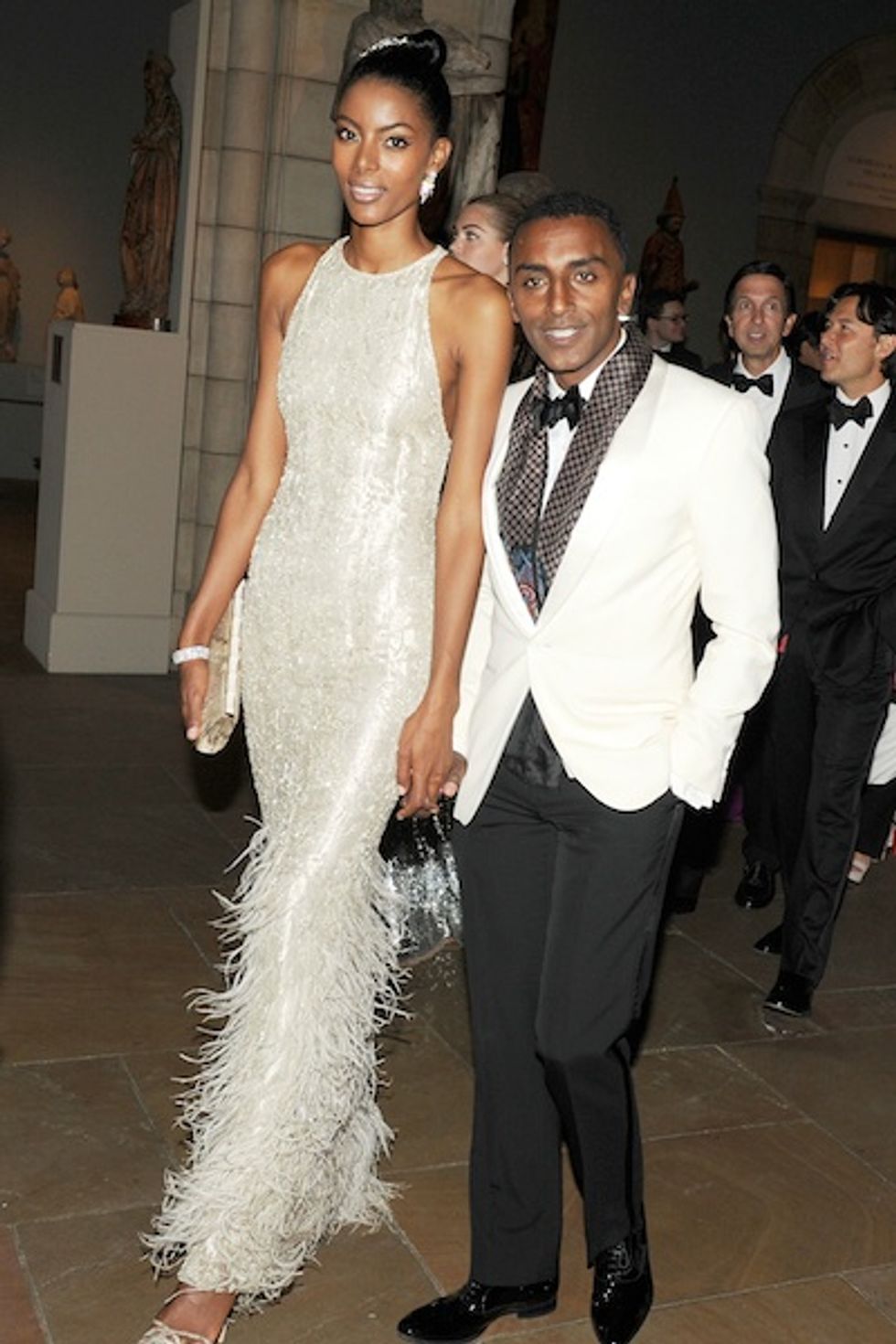 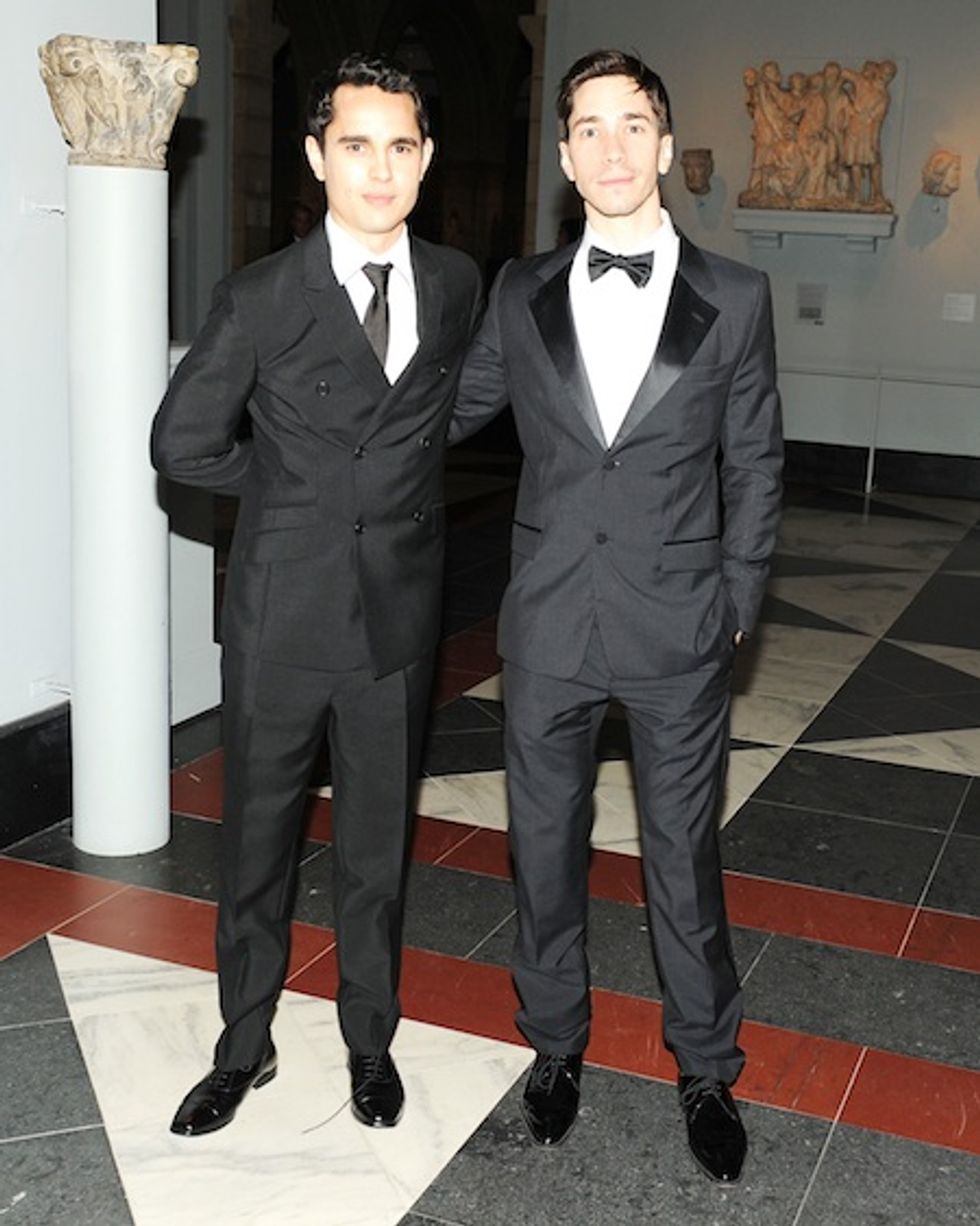 Are Max Minghella and Justin Long holding hands back there? 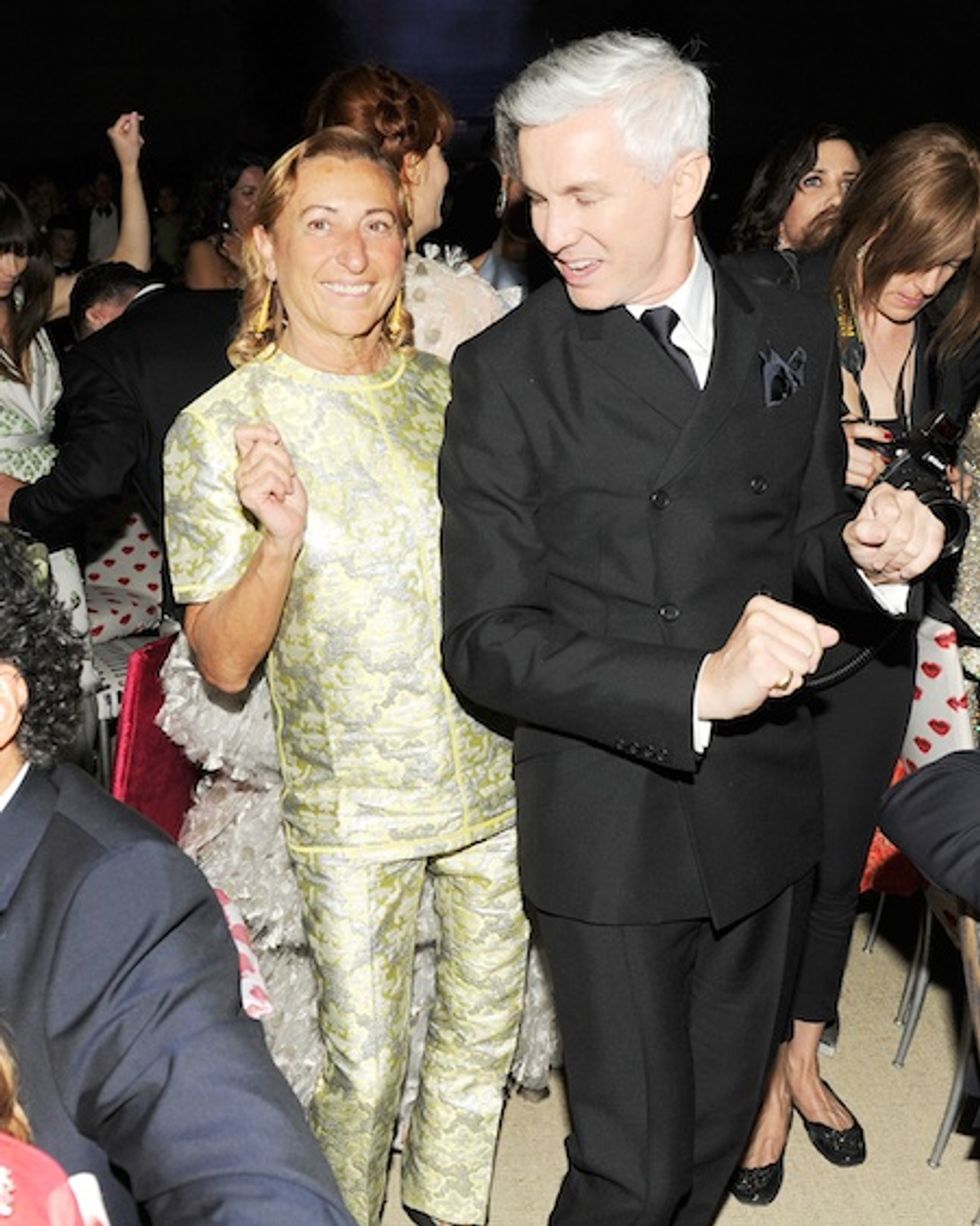 Miuccia Prada does a little dance with Baz Luhrmann. 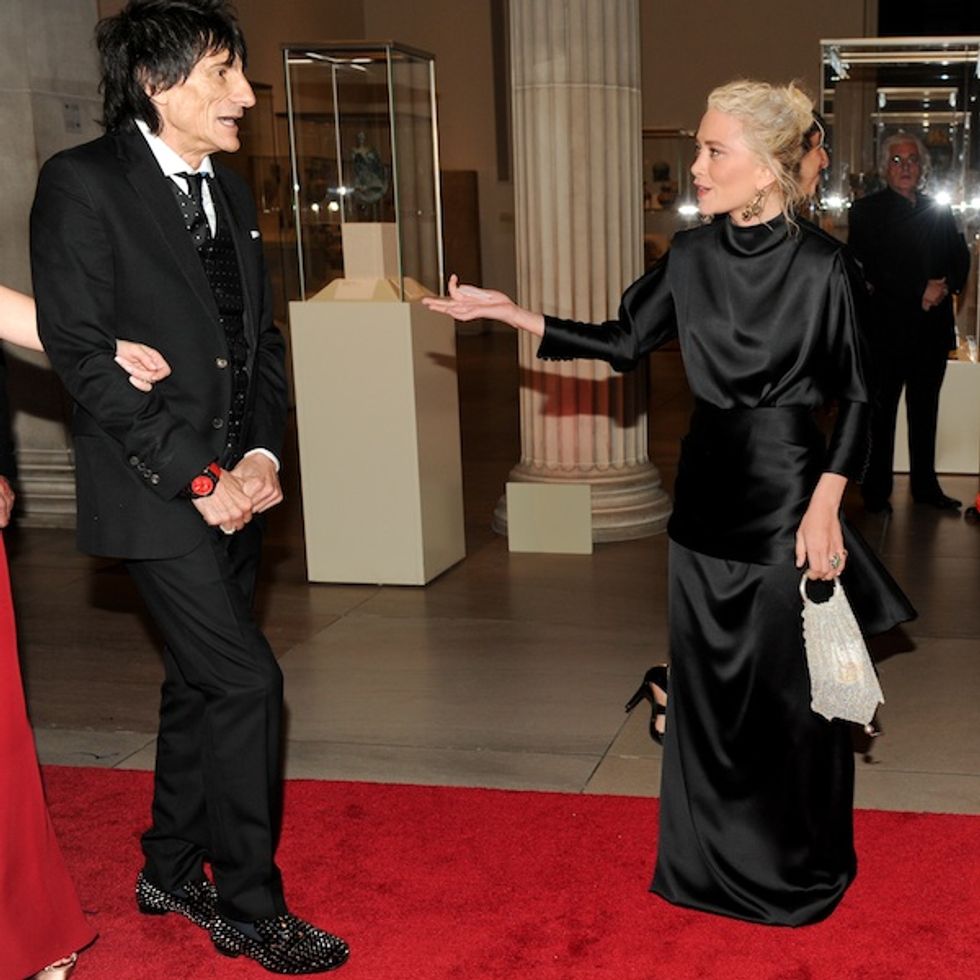 We wonder what Ron Wood and Mary-Kate Olsen are saying to each other!? (Also, look at Ron Wood's red watch! And look at MK -- doesn't she look like Daphne Guinness?) 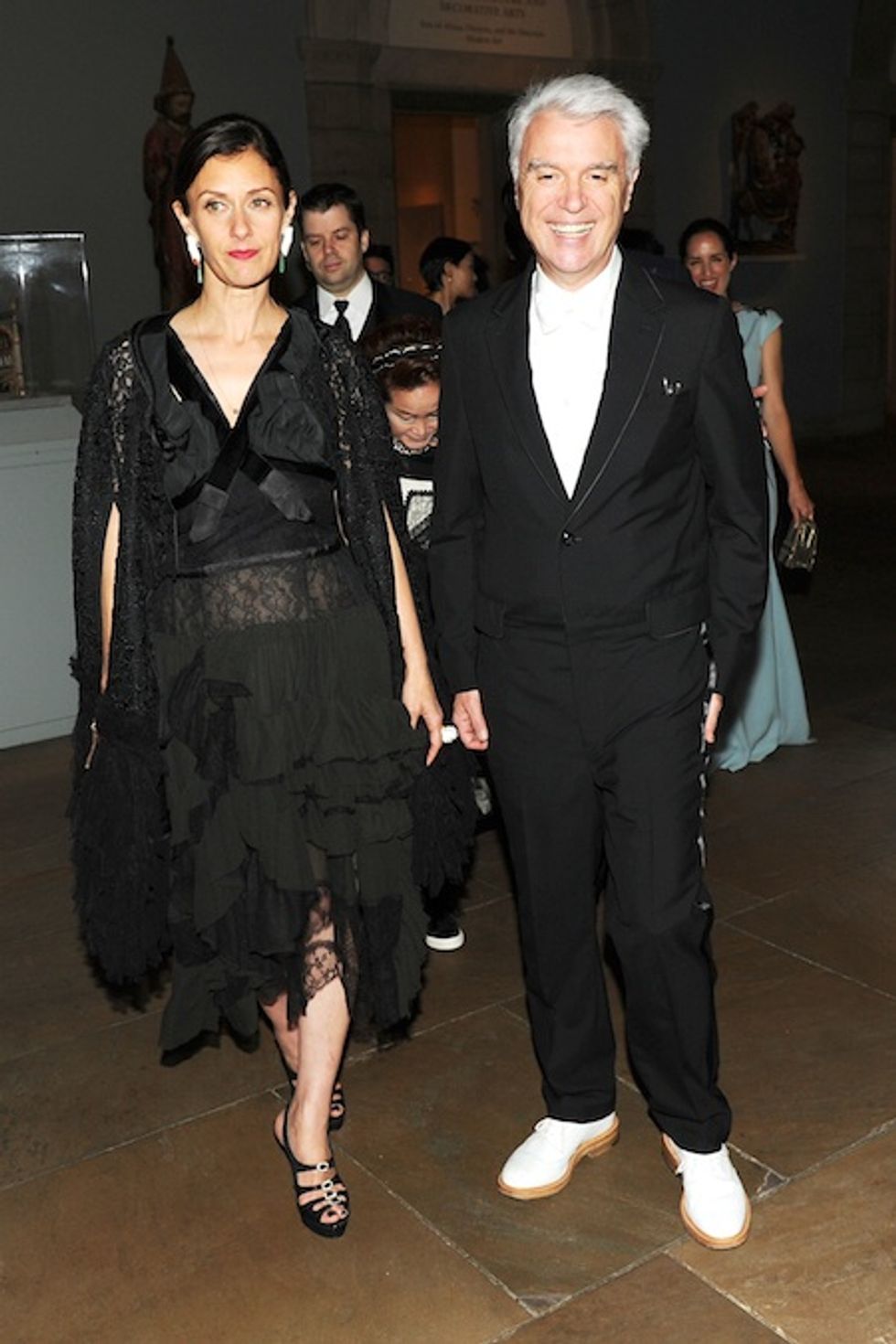 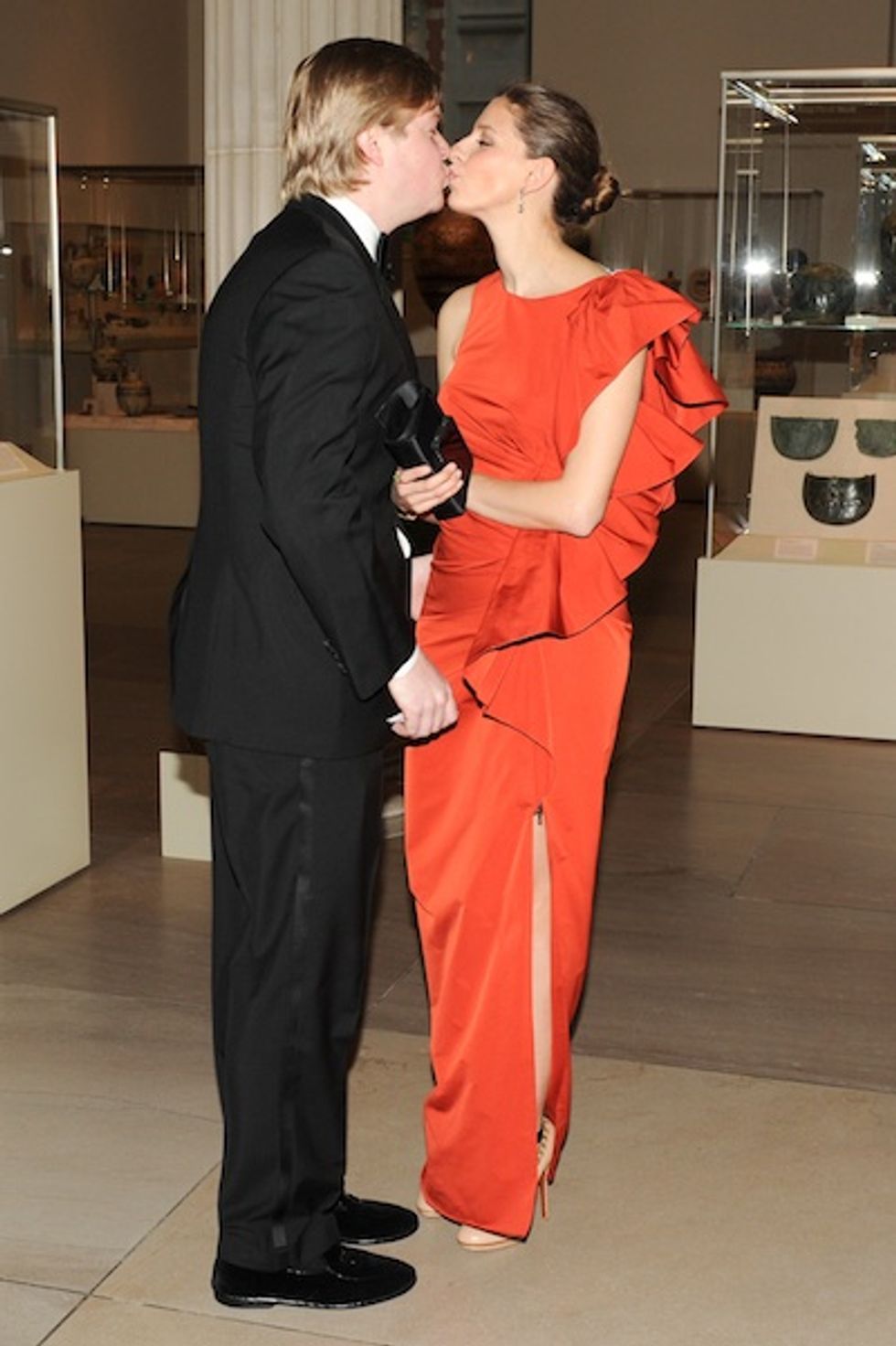 Sylvana Durrett, Vogue's director of special events (who, incidentally had a baby only a few weeks ago!), shares a kiss with husband Adam Durrett. 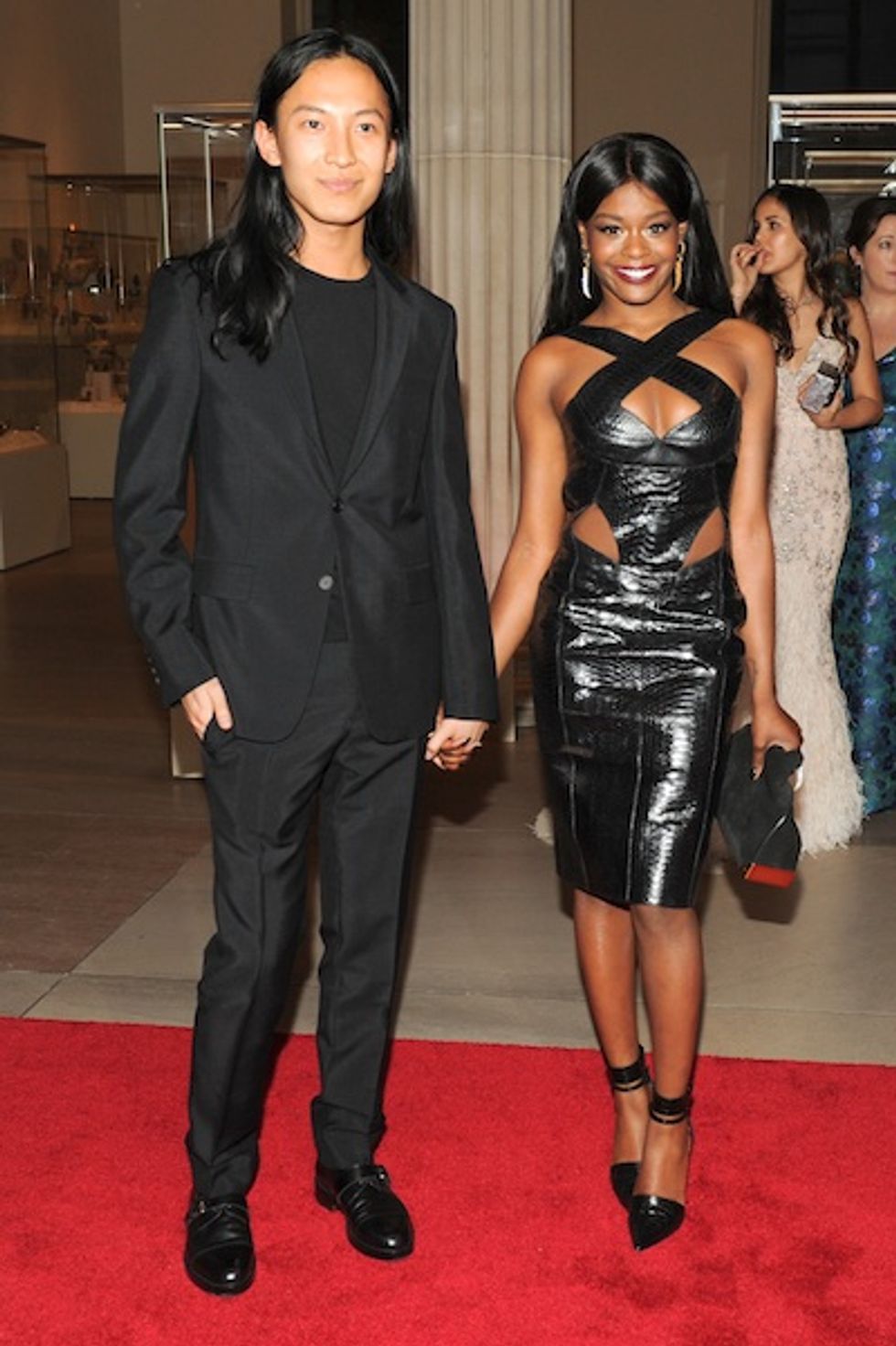 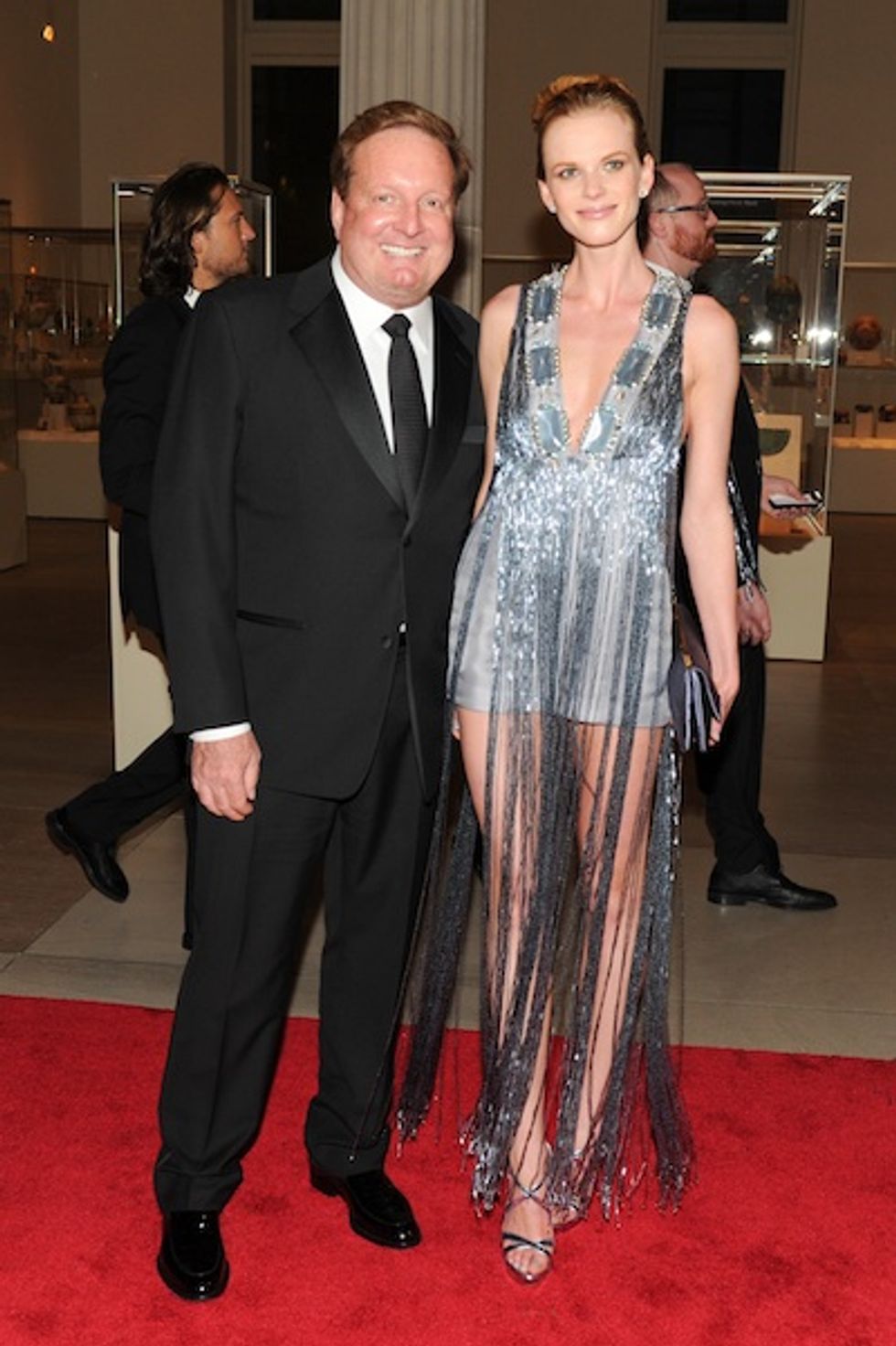 All photos by Billy Farrell Agency/BFAnyc.com