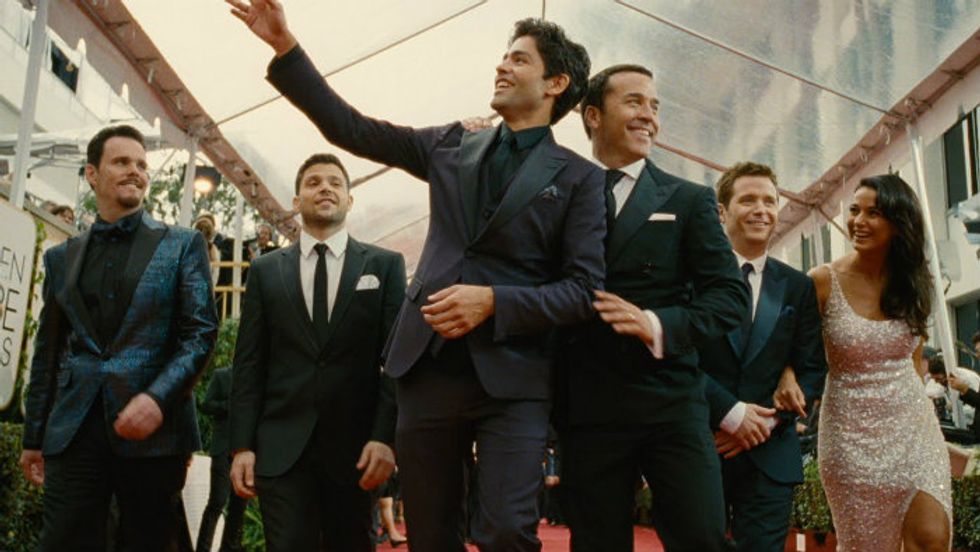 by Eric Thurm
PAPERMAG
The Entourage movie was... a thing... that happened, sadly. Vincent Chase rode again. And apparently, there might even be another Entourage movie. If the franchise is going to continue to be a presence in our lives (like a kind of pop culture wart or ingrown toenail that pops up every couple of years), we might as well try to understand one of the biggest mysteries of Entourage: Just how does the show get all of these famous people in to play themselves during filming?  In an interview with Uproxx's Mike Ryan, Armie Hammer -- who plays himself as an asshole who is also the ex of Vinnie's current girlfriend Emily Ratajkowski -- admits that he wasn't even supposed to be in the movie originally.

I think the way it works with the cameos on Entourage is they basically sent out mass emails, "Can anybody show up? Please? Just show up. Help us!," kind of thing. I actually know Jeremy Piven and he's like, "Hey, dude, are you going to be around on Tuesday?" I was like, "Yeah, I'm an out of work actor, I'm around all the time. I have nothing else to do." He's like, "You want to shoot a day on Entourage?" I'm like, "sure!"

For more information, check out the rest of the very delightful interview (which also includes Hammer's The Man From U.N.C.L.E. costar Henry Cavill). For Entourage-related tears over the presence of a "show business satire" that confirms all of the worst impulses of the industry, please watch several episodes of BoJack Horseman and cry accordingly.