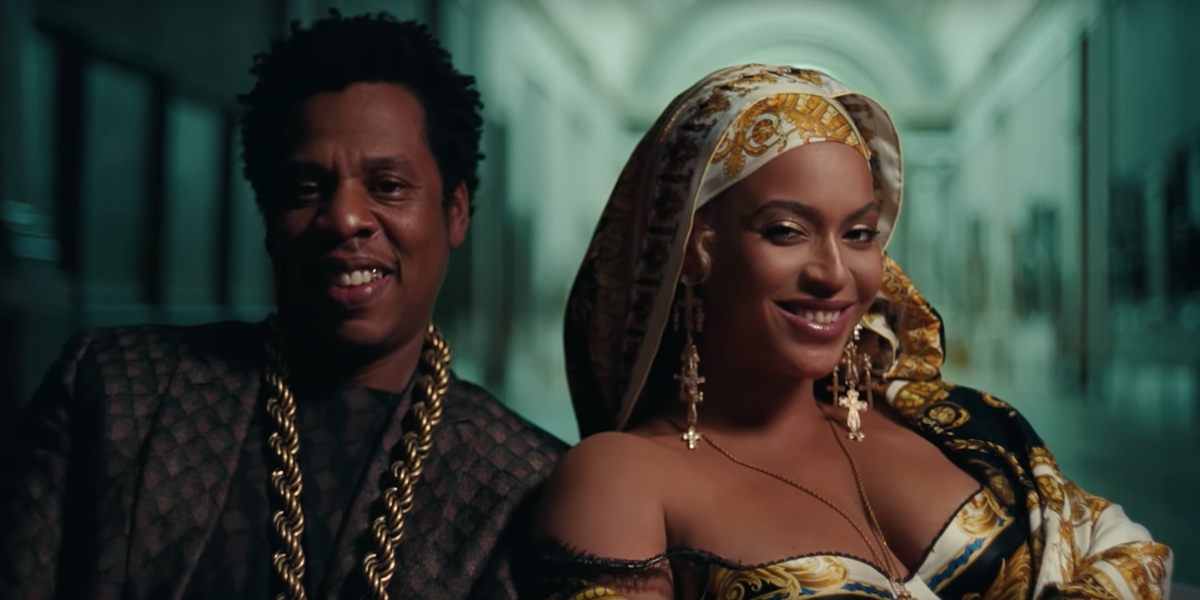 The Louvre wants everyone to know they're not a regular museum, they're a cool museum.

In case you missed Beyoncé and Jay-Z's joint video for "APESHIT," the couple opted to shoot in the famous Paris location — likely because posting up in front of famous works of art that are usually obscured by tens of tourists is the ultimate flex. Now, the Louvre has decided to really capitalize on the pair's visit, offering a tour of areas where Bey and Jay appeared.

The six-minute clip released by the museum features the 17 paintings and sculptures seen in the six-minute clip, including Marie Benoist's Portrait of a Negress and Da Vinci's Mona Lisa. The couple reportedly focused on highlighting art that depicts Western and African beauty, as well as the plight of slaves.

Currently the tour is only in French only, but for you linguists and those won't let a language barrier get in the way of the chance to appreciate Bey and Jay's excellence, you can check it out here. Otherwise, relive the magic, below.