The Little Rascals: The Complete Collection Is "The Box Set of Decade"! 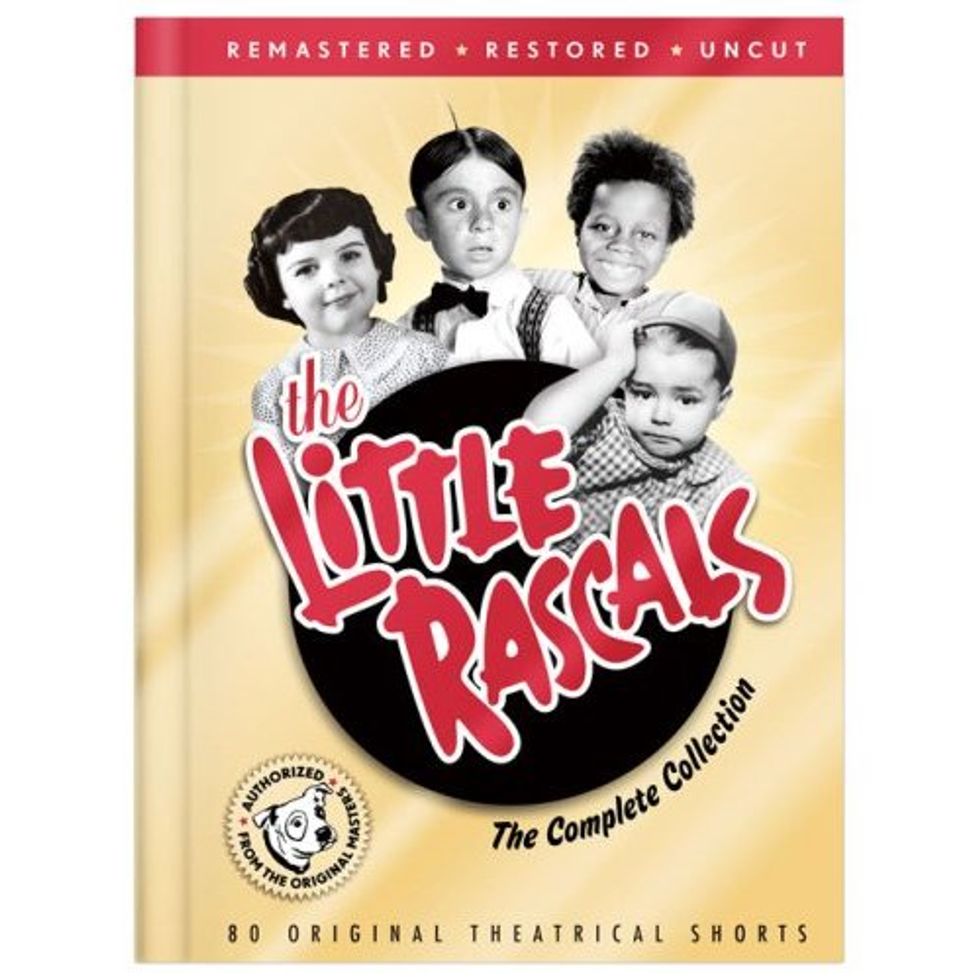 The DVD box set of the decade, The Little Rascals: The Complete Collection, is finally out. This eight-disc set features all 80 (from 1929-1938) of the Little Rascals shorts, with bonus footage, documentaries and a fact-filled booklet. The brilliant idea of using ethnically mixed little kids came from the Hal Roach studio, which dating from 1914, was famous for its funny Laurel & Hardy and Harold Lloyd shorts. But the “Our Gang” comedies about a scruffy bunch of urchins were inspired. From the early incarnations with Mickey Daniels, Jackie Cooper, Allen “Farina” Hoskins right up to the golden age with the freckled-faced boy crooner with the cowlick, Alfalfa, along with chubby Spanky, sweet Darla, hilarious Buckwheat and adorable Pete the Pup -- these kids spun comic gold.

Some of the best episodes were when the gang built their own fire engine in Hi Neighbor!, or became caddies at a local golf course in Divot Diggers or just put on a show to entertain the other kids in the neighborhood, like Our Gang Follies Of 1936. My favorite character is little tubby Spanky, who was astonishing in such riotous adventures like Mama’s Little Pirate, Choo-Choo! and Forgotten Babies. I love the ethnic mix of the children, not to mention their poor roots, especially when confronted with wealth and privilege, like in Honky Donkey when they become pals with a rich kid and wreak havoc at his mansion. In the DVD booklet the “curse” of the Rascals is discussed... like Robert Blake who was an Our Gang alumnus, or Alfalfa, who was shot to death at 31,Stymie, who led a life of crime and drugs, Brisbane, who committed suicide, and cute little Scotty, who was beaten to death. Even Pete the Pup was poisoned by “person or persons unknown”. What a legacy!