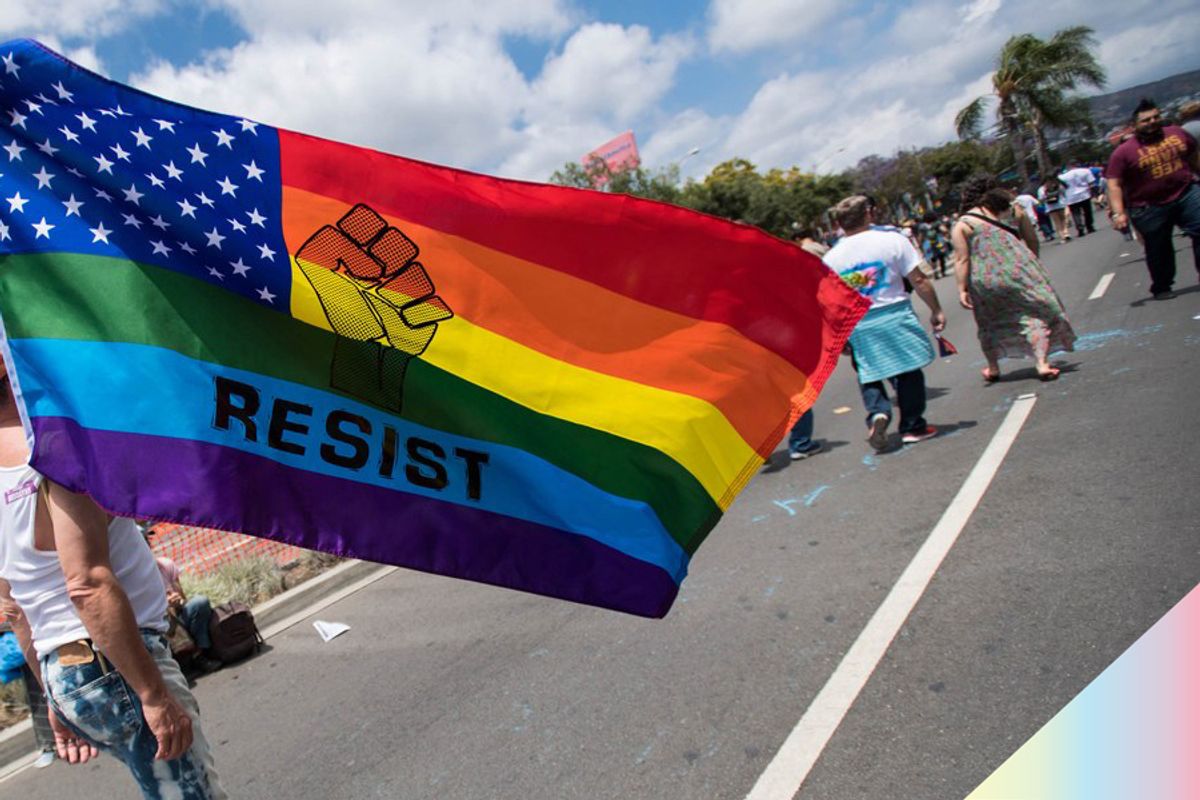 LGBTQ Has Been Quietly Removed from Workplace Discrimination Policy

Trump's administration has been subtly undermining LGBTQ rights ever since he took office and yesterday saw America take another step backwards. While the president's only real implementation was to rollback on Obama's order for the protection of the transgender students from discrimination at school, he also appointed a cabinet all of whom have denounced LGBTQ rights and now the Department of Commerce's new equal-opportunity employment statement no longer mentions sexuality or gender identity in its list of protected categories.

Buzzfeed News reports that the statement has been updated to remove any reference to the LGBTQ community. It now reads, "The Department of Commerce does not tolerate behavior, harassment, discrimination or prejudice based on race, color, religion, sex, national origin, age, or disability."

Throughout Obama's time in the Oval Office, the statement included a range of protections as well as clarification on several categories. The 2010 statement is a prime example: "The Department of Commerce does not tolerate discrimination based on race, color, religion, sex (including sexual harassment and pregnancy discrimination), sexual orientation, gender identity, national origin, age (40 years of age and over), genetic information or disability (physical or mental), including the provision of reasonable accommodations for qualified applicants and employees with disabilities."

As you can see, not only is gender identity and sexual orientation part of the list, but genetic information, pregnancy discrimination and mental health has also been excluded. Because Trump didn't revoke Obama's executive order that protects members of the LGBTQ community in the workplace, it's difficult to say what the consequences will be of the exclusion. Nonetheless David Stacy, the government affairs director for the Human Rights Campaign, says that the move "signals that this administration does not value [LGBTQ workers]."