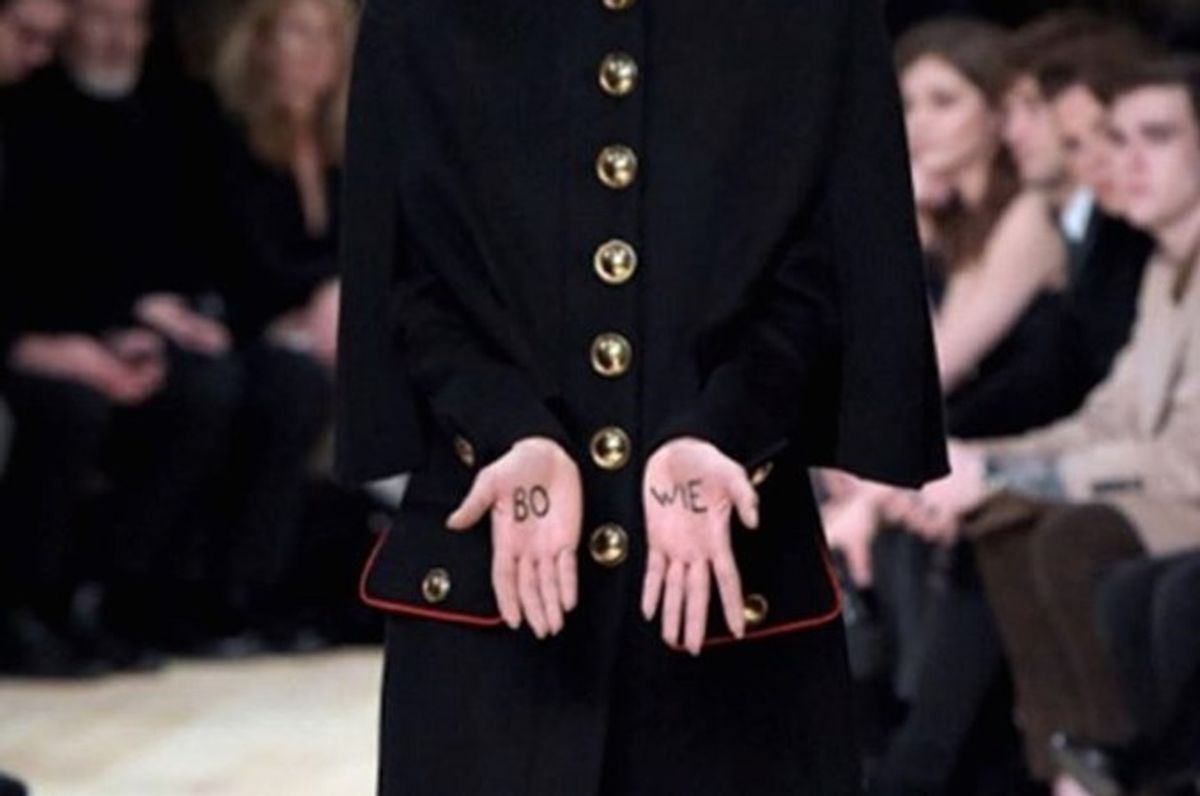 Coincidence strikes yet again, as the final day of London Collections: Men also happened to be the day that the world-at-large learned of Bowie's passing. And while fans across the globe laid flowers, made (ill-advised) remixes and wrote long eulogies, some British fashion houses paid tribute to Ziggy et al. in slightly different ways.

During the Burberry Men's AW16 show yesterday, the brand switched things up by playing a couple classic tracks and adorning select models with under-eye glitter à la the Starman; a cute beauty nod that coincidentally matched their array of sequin-loving fall pieces, which also recalled some of Bowie's best glam rock looks. Along with the individual tribute of model Hayett McCarthy -- who made headlines yesterday for writing "BOWIE" across her hands -- it was a touching, semi-accidental farewell to a man as synonymous with contemporary British culture as Burberry itself.

Another designer also paid notable homage to the icon at a show yesterday -- granted, completely on accident. Katie Eary (of our previous My Little Pony peen coverage) was inspired by Alec Londsell's 2010 documentary The Sacred Triangle: Bowie, Iggy & Lou 1971-3 and unintentionally based her entire AW16 collection on his magical glam-rock 70s look, complete with lots of shag, silk and velvets -- proving that not even death can stop Bowie from being one of the most influential cultural fixtures to have ever lived. As such, we can only begin to imagine what else is to come; though we're crossing our fingers for a Bowie-inspired dress collection sometime soon.