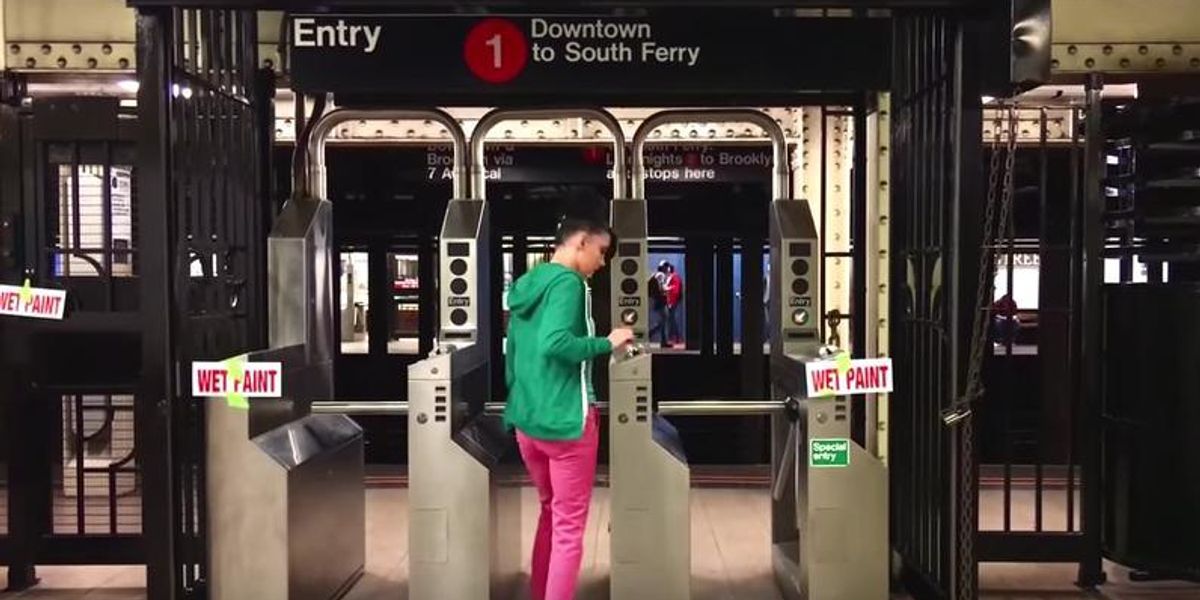 Premiere: Watch the Julie Ruin's New Video for "Mr. So and So"


When we recently interviewed the Julie Ruin's frontwoman Kathleen Hanna about the band's new album, Hit Reset, she talked about "The Groundhog's Day" aspects of touring as a feminist artist. Particularly, déjà vu encounters she's experienced over the years (including in her prior bands Bikini Kill and Le Tigre), with a certain kind of male fan or concert promoter. He's always intent on making himself -- and his wokeness -– known but, curiously, seems disinterested in her actual work. "There's always the guy who knows more about sexism than you do," Hanna said in our q&a. "Or the guy who wants to tell you 'my girlfriend is really into your band,' but says nothing about how he actually feels about your music."

The Julie Ruin gives him a gloriously sarcastic send-up in Hit Reset track "Mr. So and So," the video for which we're premiering today. Directed by Hanna, it's a "visual representation of how tokenization makes one both visible and invisible," the band told us in an email. The clip features Hanna, guitarist Sara Landeau and bassist Kathi Wilcox in various states of stuckness while the titular character, played by drummer Carmine Covelli, pours himself champagne and shoves cake in his mouth. (Keyboard player Kenny Mellman also appears, sharing his scenes with a faceless puppet that may or may not be a repurposed Cathy pinata -- the band was evasive.) Undboutedly, the Mr. So and Sos of the world will still book the Julie Ruin to fill their festival's female musician quota, or ask for autographs just to show off in their Women's Studies class. But the band stays surprisingly optimistic. "People do it out of ignorance rather than malice," they wrote. "If they educated themselves they would stop and become true allies."

Hit Reset is out now and the Julie Ruin is currently touring. Dates are here.