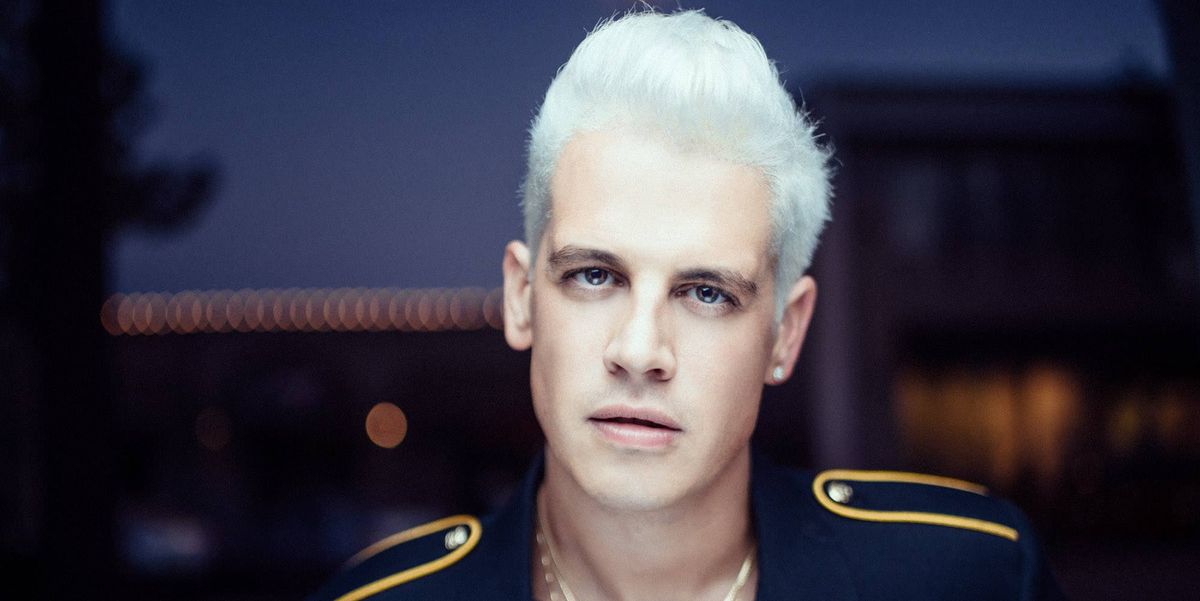 The Internet Is Furious At Out Magazine's Milo Yiannopoulos Feature

Just when you thought we had escaped the online wrath of Breitbart's resident troll supreme, Milo Yiannopoulos, he's back in our twitter feeds as Out Magazine's latest big-name feature. Unsurprisingly, the Internet's pretty upset, with many slamming the prominent LGBTQ publication and the story's author, Chadwick Moore, for offering a platform to a "white supremacist" best known for his recent role in harassing Ghostbusters star Leslie Jones off Twitter.

It's one thing to critically cover someone newsworthy.

Because while Yiannopoulos is openly gay, he's also a noted transmisogynist and supporter of political policies some believe will set back LGBTQ years.

The guy's literally an abuser, a fascist- and part of a presidential campaign that stands to put back LGBT rights by 40 years. @outmagazine
— Dare To Care (@ThatSabineGirl) September 21, 2016

You don't even cover transgender issues responsibly, but you put this in your pages. pic.twitter.com/6KnhUZbU4s
— Ira Madison III (@ira) September 21, 2016

Hey, @outmagazine, how do you feature a transmisogynistic (and racist) troll @ the same time you're featuring trans women?

Queer people of color already knew about white supremacy in the LGBTQ community, but @outmagazine has propelled it forward by normalizing it
— Mathew Rodriguez (@mathewrodriguez) September 21, 2016

. @outmagazine, but we do care that HE hates THOSE YOU REPRESENT. Handing your outlet to people like this is dangerous and reprehensible. pic.twitter.com/OuuwDX3sGe
— Jill Pantozzi (@JillPantozzi) September 21, 2016

Many commentators have also coupled their criticism with pointed references to Out's lack of QTPOC coverage...

Y'all covering all the ongoing work by queer #BlackLivesMatter / #BlackTransLivesMatter activists, @outmagazine? (you're not)
— Alex Naser-Hall (@anaserhall) September 21, 2016

Talk to me about how @outmagazine makes space for a white, racist bigot and can barely muster one queer POC for their cover any year. https://t.co/A1smMBuWEa
— Gabe Gonzalez (@gaybonez) September 21, 2016

...which some were also quick to point out is (more) evidence of white male privilege manifesting itself once again.

Gay white privilege is being a run-of-the-mill racist with a blog and getting a magazine spread ahead of PoC with positive contributions.
— JuanPa (@jpbrammer) September 21, 2016

If you had any doubts as to how racist gay media is, @outmagazine just gave a feature and photo shoot to a white supremacist
— Phillip Van De Kamp (@MajorPhilebrity) September 21, 2016

The magazine is also being slammed for its "consistent" featuring of straight, white men who market to the LGBTQ community -- a not so subtle jab at their controversial Nick Jonas cover from May, also written by Moore.

Instead, @outmagazine consistently gives space to straight people marketing themselves to the gay community - and now this.
— jes skolnik (@modernistwitch) September 21, 2016

Guess Nick Jonas' abs were out of their budget this month? https://t.co/uoYN3zXzSa
— Arego Mitchell (@airuhgo) September 21, 2016

Others, including several writers and editors, were furthered offended by the "journalistic" pretense of Out's prominent "Not an endorsement" editor's note that opens the piece.

"Not an endorsement" @outmagazine, yet your author @Chadwick_Moore is all on Instagram with racists by the pound? pic.twitter.com/U98BVQhBZB
— Ira Madison III (@ira) September 21, 2016

. @outmagazine's response is that you shouldn't hate them for giving him a voice, even though they're giving him a platform to be hateful pic.twitter.com/fkIA8J6vih
— Carli Velocci (@velocciraptor) September 21, 2016

And while Out has not formally responded to the above criticism, their decision to feature Yiannopoulos has already been written off by many as an "outrage clicks" money-making tactic.

And the only reason to put Milo on the cover of Out is plain amoral greed. Outrage clicks. Ad $.
— jes skolnik (@modernistwitch) September 21, 2016

So what can you do in the meantime?