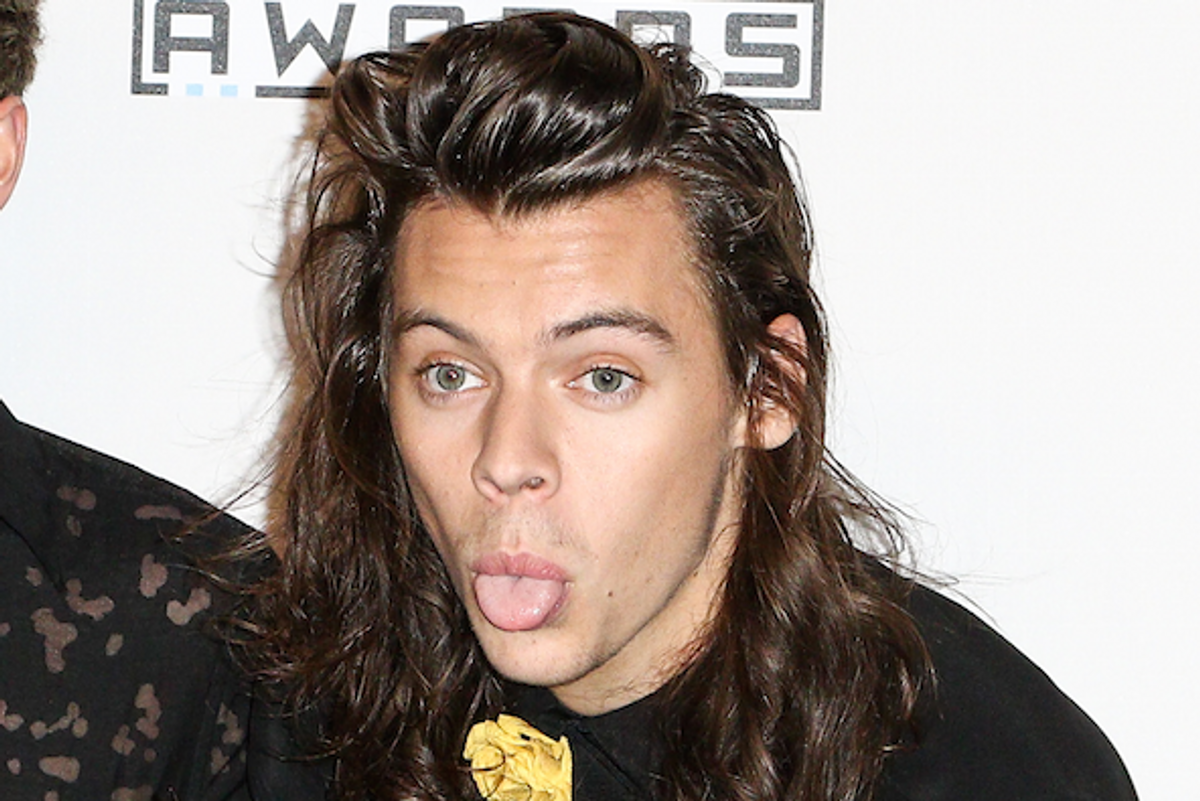 If you haven't heard, One Direction is over, finito, done. What has emerged is five boys, all trying to make it on their own. One has made the big time, two have made babies, one has made his lady friend's hair into a soft pony and then there's Harry. Until now we've all been under the impression that the sky is the limit for 1D's no.1 heartthrob...except it's apparently not.

After a busy time announcing music and appearing for several very, very brief moments in the trailer for new war epic Dunkirk, Harry Styles has now taken to the skies for his new "Sign of the Times" video. Mysterious footage has appeared online of the pop star trying to fly and the Internet did not miss that Styles really seems to be on struggle street. In fact, Harry got the meme treatment pretty instantly.

First of all, here he is. Have a lil flick through.

Sure. All looks well on the ground. But wait.

Oh yeah and his first solo single is out in two days.

when you're just casually walking but then remember Harry Styles is dropping his first single in 2 days pic.twitter.com/j2JibF6Yqj
— 80 (@lwtharoId) April 5, 2017