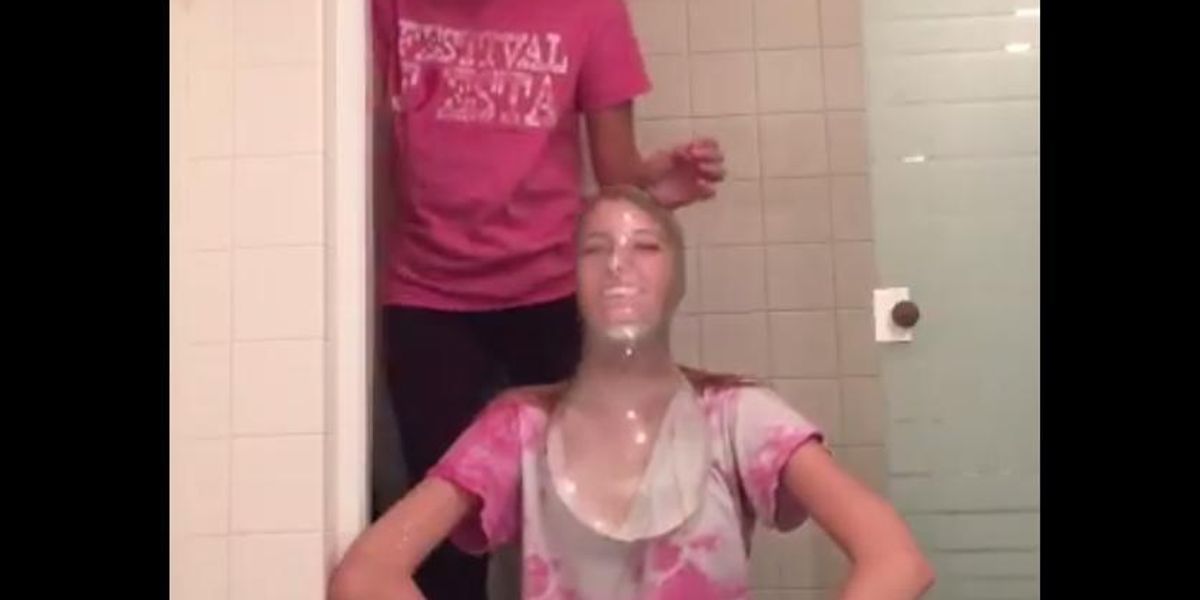 The Internet Is Going Crazy For The #CondomChallenge

Not the nose thing.

Move over, #icebucketchallenge, because there's a new well-intentioned, viral trend going around. Granted, this time is better because it incorporates condoms -- and doesn't involving snorting them.

That's right, the newly surfaced #condomchallenge basically just has participants fill up a condom with water and then drop it on someone's head, unbroken -- transforming them into the weird jelly blobfish of your nightmares all whilst also promoting safe sex. After all, that's some mad durability...like even if you (side-eye) think you're "too big" for a condom. Like chill, you don't have a cantaloupe-sized schlong. Check out a few of the videos below.