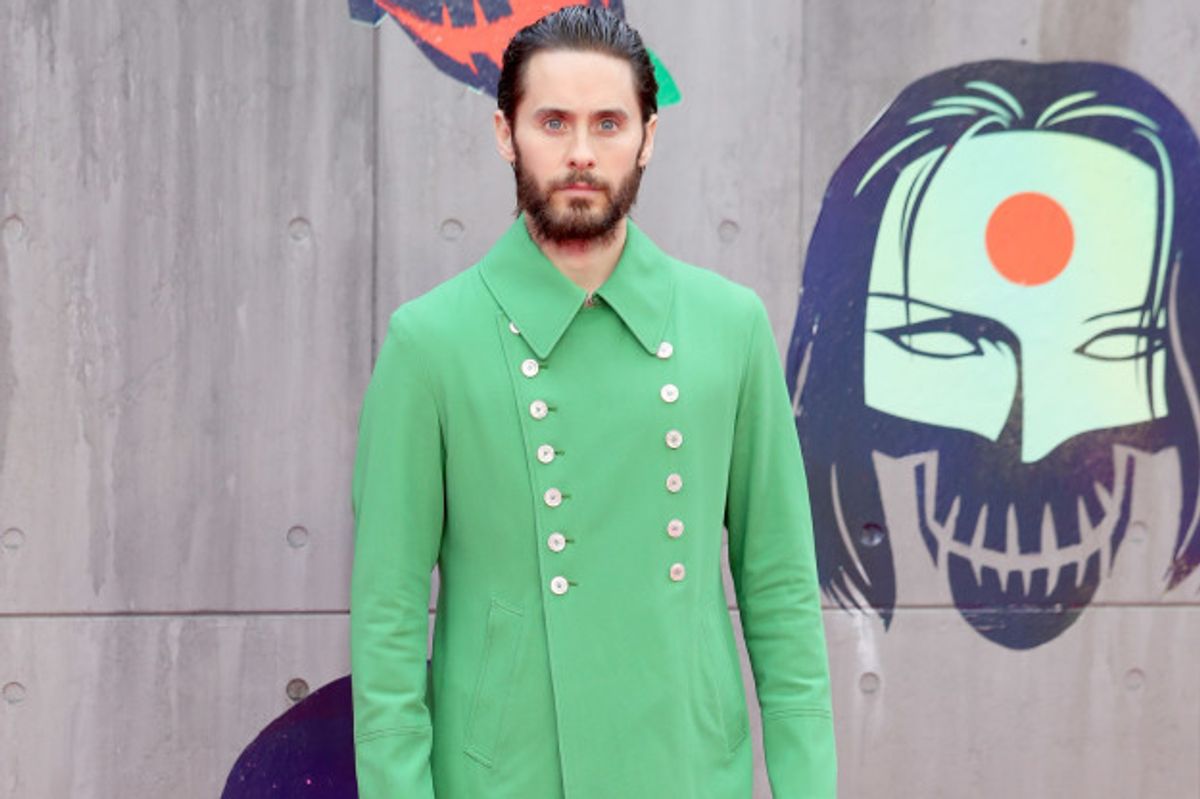 Earlier today, the cast of Rotten Tomatoes-rigged, superhero blockbuster, Suicide Squad, walked the red carpet at the film's premiere in London. However, all the social media commentary seems to be focused on Jared Leto's look -- specifically his bright green Gucci jacket.

Love London. Usually we're here with @30SECONDSTOMARS playing some shows but it's nice to be back with the #Joker 💚 pic.twitter.com/t6t2tVc7M8
— JARED LETO (@JaredLeto) August 3, 2016

A jacket he apparently has a storied history with.

i want someone to look at me like the way jared leto is looking at this green jacket 😭 pic.twitter.com/eYoZw3wQip
— Alp Ozcelik (@alplicable) August 3, 2016


And while we personally think his enthusiasm is adorable, the Internet-at-large hasn't been as kind about Leto's preference for loud outerwear.

what do these two have in common? a color scheme and they're both awful pic.twitter.com/RUaODhFA7j
— Gabe Bergado (@gabebergado) August 3, 2016

what is jared leto wearing he looks like a wizard but he's wearing green so he also looks like a discount robin
— OfficialOmnishambles (@Comedy_Reaction) August 3, 2016

To be fair though, he does look like he could be peddling some Great Lash :(