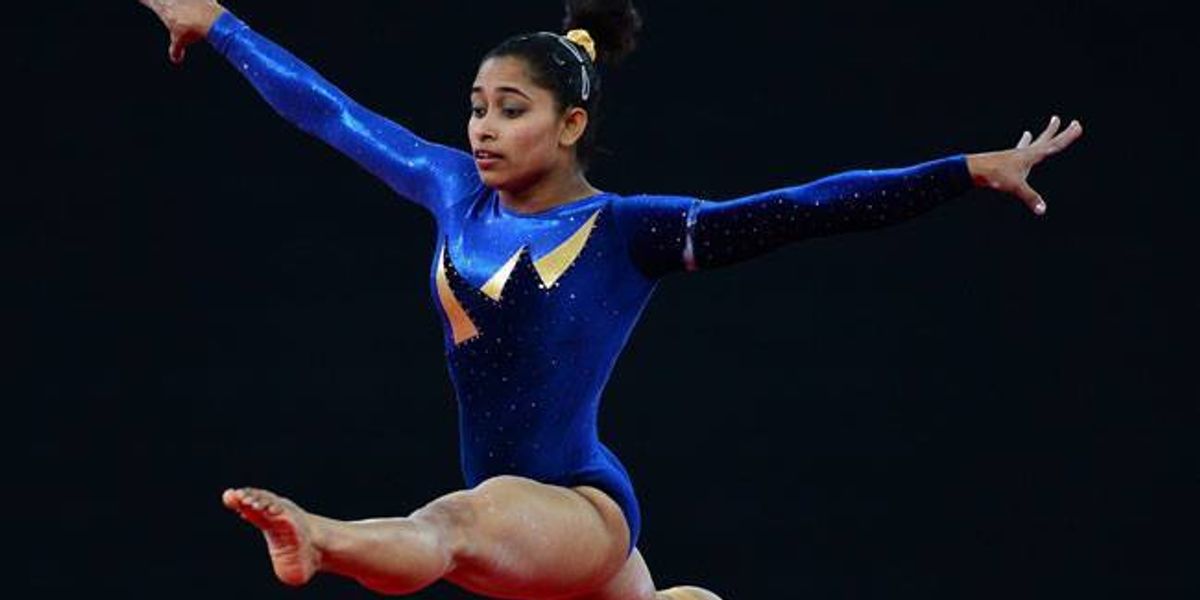 Dipa Karmakar made history this week as the first Indian gymnast to qualify for the individual vault finals.

The 22-year-old is the first female Indian gymnast to qualify for the Olympic Games, period, and the lone competitor on India's Olympic gymnastics team at the Rio 2016 Games.

She finished eighth – the last spot in the roster of the top 8 competitors who will make it to the finals on August 14.

Karmakar nabbed international attention by executing The Produnova, a notoriously dangerous vault that starts as a front-handspring and morphs into a high-speed double somersault. No big deal.

Terrifyingly nicknamed the "vault of death," The Produnova has only been completed by a handful of gymnasts. The danger of the move lies in the magnified possibility of landing poorly on one's back or butt, resulting in a potentially career-ending injury. So naturally, Karmakar incorporated it into her routine. But her risk paid off, and judges granted Karmakar a score of 14.850 - the edge she needed against more established competitors.

The American team, for instance, has no interest in attempting The Produnova. As Simone Biles told The New Yorker earlier this year, "I'm not trying to die."

Karmakar has faced a number of obstacles, including naturally flat feet, a lack of access to high end training equipment, and a culture that can prioritize conservative social values over the pursuit of female achievement.

"The vault is very dangerous," she told a crowd of reporters at the games. "I say, 'Thank you. I like risk.'"

Ms. Karmakar, we salute you.