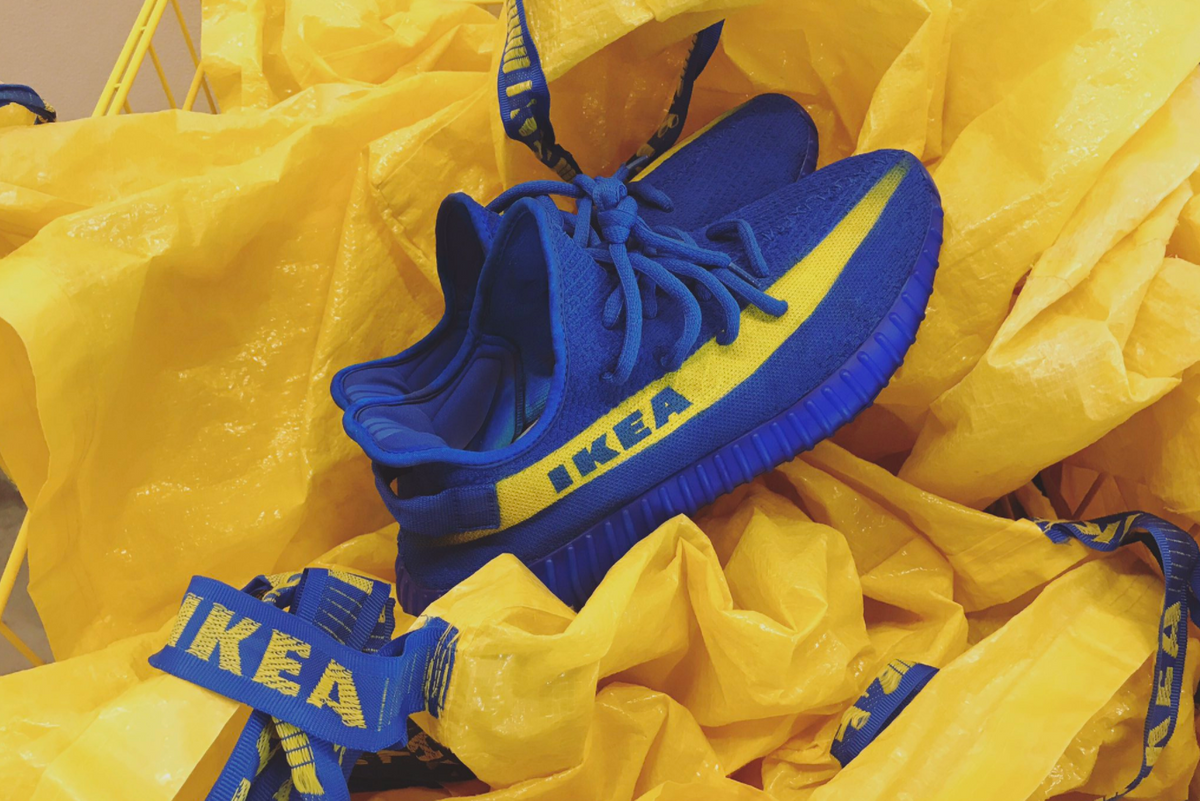 The Ikea Yeezy Boosts Are Real and They're Hot

We've reported on the friendly Balenciaga x Ikea feud/rivalry/meme-fest but for those just tuning in: Balenciaga released a $2000 crinkly blue bag that greatly resembles Ikea's 99 cent carry-all Frakta bag. Ikea was duly flattered by their high-end copycat and put out an ad making fun of the resemblance. What might have fizzled out if it weren't for the internet instead caught fire as fans from all over began to come out with their own Frakta "fashion."

Ikea apparently loves all the fashion iterations of their bag, telling GQ in a statement "We are excited and flattered by all of the creative ideas and designs we are seeing using the iconic sustainable blue bag from IKEA (available for 99 cents). We already know the big blue IKEA bag is versatile and these ideas show just how versatile it can be! As always, IKEA recommends keeping safety top of mind when altering products in any way."

So continue on, brave and foolhardy fashion friends, with Ikea's blessing.