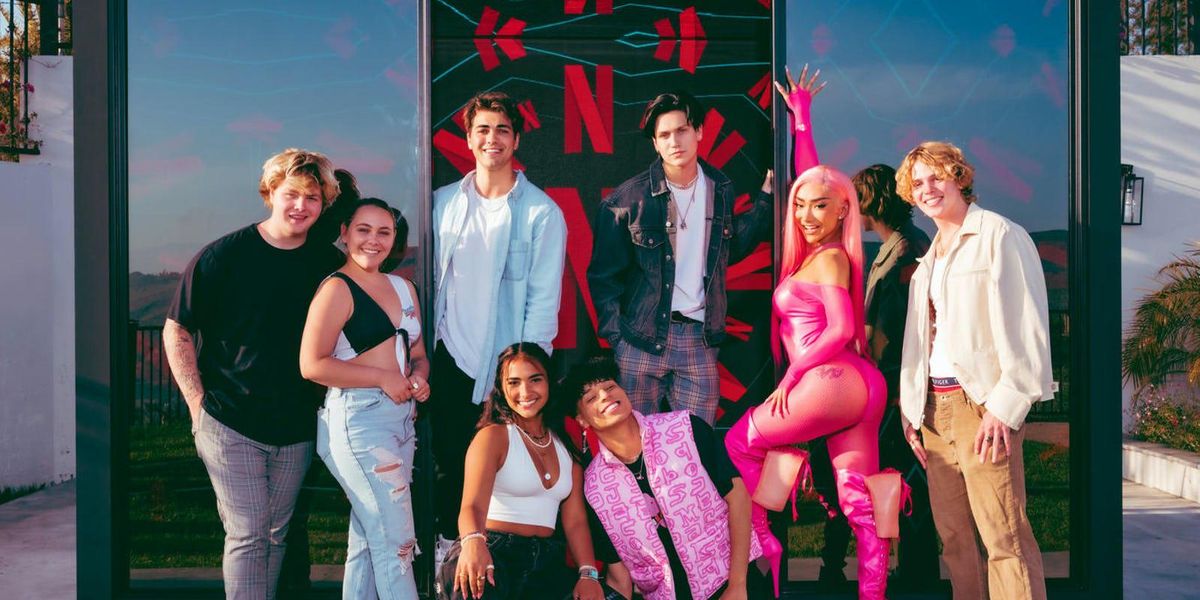 It's a Gen-Z cliche at this point that powerful creators move into lavish Spanish-style LA mansions together to create viral content, forge friendships and make mad brand money. The Hype House provided the blueprint for this new generation of internet famous cohabiting 19-year-olds, so it makes sense when TV production crews came calling to document the OG content collective.

Today, Deadline reports that Netflix has picked up a reality show about the Hype House produced by Wheelhouse Entertainment, featuring many of your faves, from Chase Hudson to Thomas Petrou to Nikita Dragun. Missing, of course, are some recent Hype House departees: the D'Amelios, as well as Addison Rae.

The production team includes alumni from the Real Housewives franchise, so you kind of already know what you're getting here: high drama. The confessional scenes are going to be lit. And maybe there'll also be some insights into the thought and effort that goes into creating a seemingly off-the-cuff video to be viewed by tens of millions of fans and haters.

There's no release date set just yet, but when the reality series starts streaming, we'll be tuning in for Lil Huddy alone. As for Charli, Dixie and Addison? Their absences from the cast are easily explained by rumors that all three influencers are working on their own shows. TikTok stars, it turns out, still want to get famous the old-fashioned way.

"It creates a longevity for their careers," Wheelhouse Chief Strategy Officer Ed Simpson told Deadline of the Hype House members choosing to film a TV show. "If you look at the average length of a social media star it's only a few years and sort of they peak, so, by bringing them across and building their business in a more traditional way, they have a foundation that means they can have a much longer career."