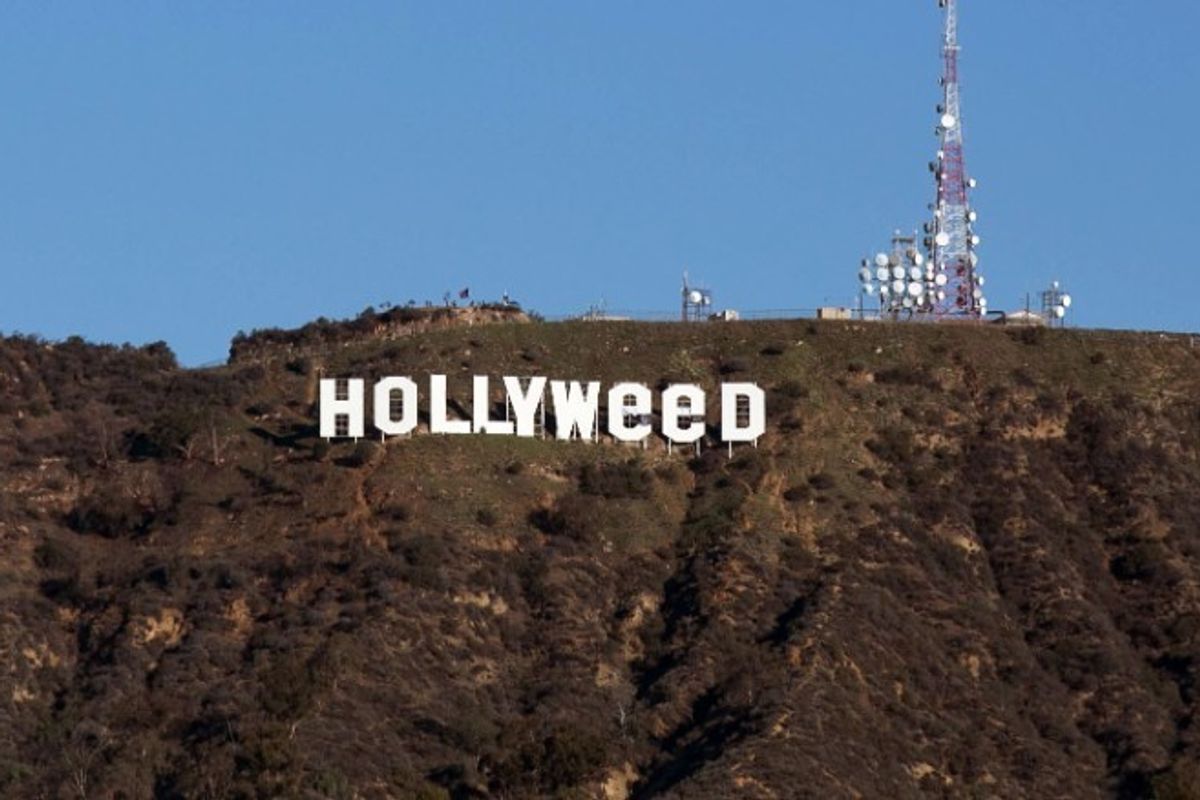 Angelinos may have gone to sleep in Hollywood, but they woke up in "Hollyweed." Overnight, someone altered the famous hilltop sign using tarp to turn the O's into E's.

The man responsible was caught on security cameras messing with the sign at around 2 a.m. local time. His handiwork remained up for nine hours before authorities took it down.

Even though most of the sign is rigged to alert the police if anyone tampers with it, there are also apparently ways to get up behind the sign without triggering any alarms. This is what authorities believe happened.

The Hollywood sign has been vandalized to read "Hollyweed" before, once in 1976 and again in 1983.

This is not the first time the Hollywood Sign became the Hollyweed Sign. -- Happened in Dec. 1983 (Her-Ex) pic.twitter.com/dVxXyHt1bo
— Shelby Grad (@shelbygrad) January 1, 2017

Right now the police have no suspects for who changed the sign, but Steve-O weighed in on the vandalization.

I don't know who did this to the Hollywood Sign, but I'm quite impressed they got away with it. pic.twitter.com/KaRZPSs1iw
— Steve-O (@steveo) January 1, 2017