The Hipsters Stand By Mr Mickey 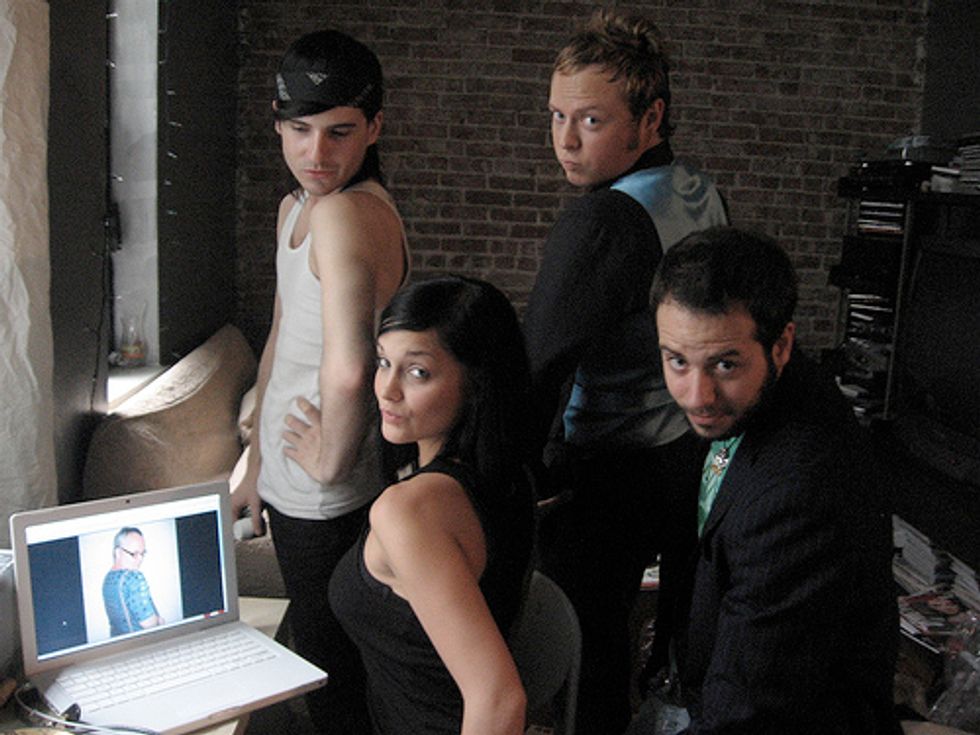 Oh it's been a time of trial for Mr Mickey. MM is not sure any of you MMBloggers read Gawker but MM had the distinction of being number 1 in the section called Blue States Lose. MM frankly is not sure what exactly this section is since MM doesn't read Gawker but it seems that someone who thinks he's fun and witty goes to some of MM's favorite party sites like the Misshapes and Cobra Snake and picks out photos to make fun of. Well MM was number one! MM happened to go to Misshapes because he was in the neighborhood at a friend's birthday party. MM loves the Misshapes and thinks they're super fashionable. Anyhoo, MM was showcasing a crazy t-shirt covered in rows of paillettes -- the height of housewife chic. His photo appeared on the Misshapes website where it was snatched by this Blue States kid.

Anyhoo, in a show of support for Mr Mickey, these cuties, including Geordan and Leigh from the Misshapes, are working a Mr Mickey pose. You can see MM's photo on the laptop.