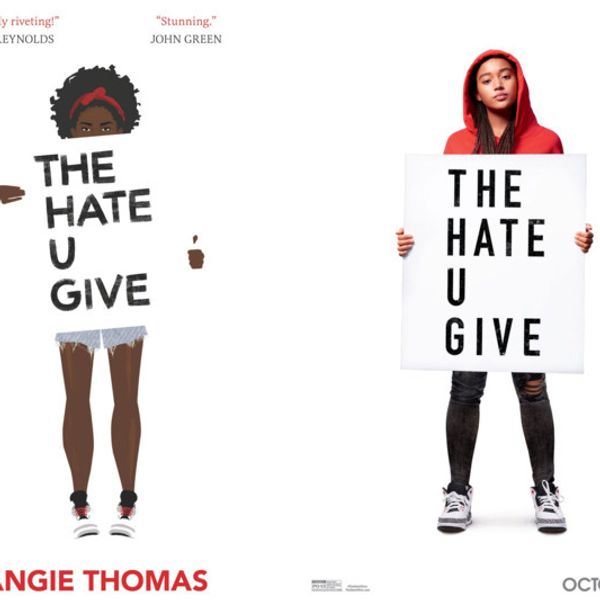 As if we needed more proof that inclusion in Hollywood isn't improving, the illustrator of the Fox-adapted YA novel The Hate U Give has revealed they insisted on casting an actress with lighter skin than the book's illustration of the lead character, as well as changing her hairstyle. The book and film centers on police violence against Black people.

Related | Vigil for Nia Wilson Turns Into a Protest

Debra Cartwright sat down with Vulture to discuss the buzz around the film, which debuts in October, and recalled a development meeting during which the production company told her "we're going to have to lighten your illustration, we're going to have to change the hair." While she gave Fox permission to adjust the illustration, given that, in the movie, the illustration fades into the character. she hoped they would adhere to the protagonist's description. They didn't.

Throughout the candid interview Cartwright expressed her disappointment in the casting choices and illustration updates, primarily because of the overwhelming colorism in the film industry. "I was hoping it would be a very brown-skinned actress, because there's so little opportunities in these big movies for darker-skinned actresses. I can't fudge. That's how I felt."

She goes on to explain how these decisions, especially in telling a story that spotlights the violence against Black people and general rampant racism in America, are enormously tone-deaf. It's a movie for 'woke' millennials and Gen Z, and for that reason "so much marketing was thrown behind it," Cartwright explains.

Related | Hollywood Diversity Is Even Worse Than We Thought

"I obviously still think it's going to be a wonderful movie, because I think Amandla Stenberg's a great actress, but I also think there are plenty of other actresses who would be wonderful in this role as well. It was a very specific description in the book, and to see that the actress is not that description, that would annoy me as a reader, especially if I was a teen. If I saw that, as a teen, it would be very disheartening, a little damaging."

A study released yesterday showed from USC's Annenberg Inclusion Initiative took a magnifying glass to Hollywood's diversity problem, finding that in 1,100 of the most popular movies of the last decade, many either failed to include characters of color or whitewashed those in the story. Specifically, the report stated that in 2017 70.7 percent of speaking characters were white, 12.1 percent were Black, with the other 17 percent divided between Hispanic, Asian, Middle Eastern and Native American or Hawaiian. Of the characters of color actually included in films, many were played by white people, such as Scarlett Johansson's portrayal of an Asian character in Ghost of the Shell, and Emma Stone's casting as the mixed-race Allison Ng in Cameron Crowe's Aloha.

"I think most of my work has centered on colorism and beauty standards and representations of black women," Cartwright concludes in the interview. "So that fit in well with what they were trying to do with the book cover. I wish they had stuck to that idea when they were turning it into the movie, but that's out of my control."