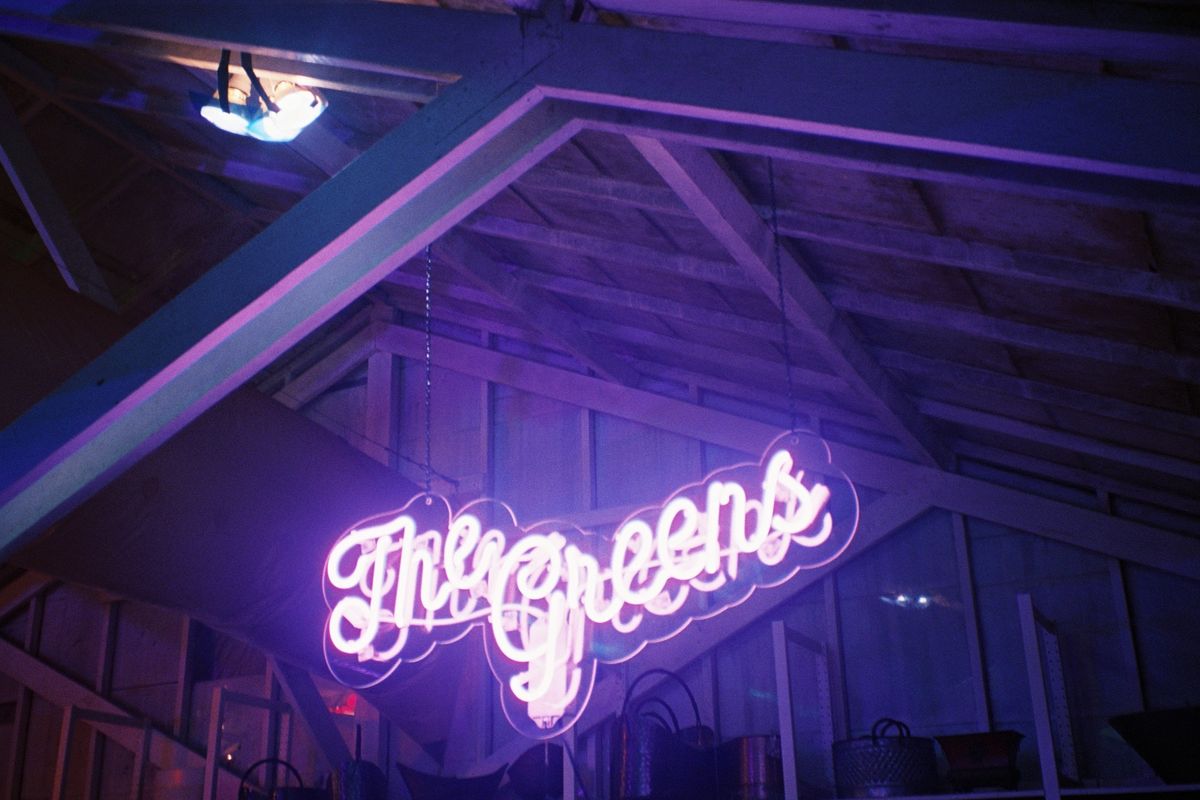 Major U.S. cities like New York, Los Angeles, Miami and Chicago may be hubs for young creatives looking for spaces to gather, collaborate and work together, but what's a young innovator to do when they find themselves living in a place like the Midwest with fewer opportunities for connection?

At least for the community of Columbia, Missouri, that's where The Greens comes in. A "boutique curation space" opened in 2017 by Curtis Taylor, Jr. and Marquise White, The Greens is part creative co-working space, part art gallery and part business — hosting exhibitions, presentations, screenings and the types of "activations and fireside dialogues" that foster a sense of interdisciplinary kinship and opportunity for networking, as well designing and manufacturing their own garments.

"The Greens is a symbol that reminds us that we are becoming the vision we have always dreamed of," Taylor says. "We are a boutique curation space that heroes streetwear and uses access as our ethos to bringing art and curation to a space that many deem 'fly-over' in an aim to move the needle."

Read on to learn more about the space and watch a short film, Solarium, giving further context for how one small group of people can make a difference in how connected a community feels:

Why were you inspired to open such a space?

The Greens is an experience. That moment in your childhood when you're sitting on the porch eating a push pop from the ice cream truck dreaming about what life was like on the other side, that's The Greens. That place in time where the seemingly greener, more manicured grass is suddenly within the cusp of your hands, that's The Greens.

The why is really because we had to. In spaces like the Midwest, creatives are casted as the "other." They're ones few understand and many do not have the resources or access to extend. The Greens allows for those "others" to see people from all over the world succeeding and doing what they love. It offers a moment in time where our creative is hero, where our fashion is hero and where our mere presence is enough. We opened this space as a symbol.

It was never about the white picket fences, the big houses and the manicured grass; the grass was only greener because it wasn't real. The lesson, nevertheless, was still in the dream; which only had power because we actually believed it could one day exist.

Who will you find at The Greens on any given day?

We are available to the dreamers. Persons who enjoy streetwear and individuality. The change agents who don't just wear garments but support narratives. We are outfitting and creating an incubator for next generation polymath creatives within the heart of the country. Whether it be through art, fashion or communal architecture, The Greens is that linchpin between the things we dream about and the moment they actualize.

We don't hear as much about creative industries outside of New York, LA and other major cities. What's it like to run a space in the Midwest?

Running a space in the Midwest is like playing a constant game of dodgeball. It's fun when you get picked to play but once the game starts it's a different level of acuteness required. It's kinda like that, we love creating the blueprint of what a space like this functions like here outside of Chicago. Then there are times where that thing that makes you great, is also the thing that makes you feel like you have to send up a flare to be seen. As for now what keeps us is knowing that we are giving the communities that raised us access to what we always wished we had.

How does the short film, Solarium, relate?

The beauty about Solarium is, it's a film about the power of imagination. As two Black boys growing up in Saint Louis, we never had tree houses or even knew people who had enough land to own a greenhouse. Solarium is us bringing the beauty of our imagination to life on screen. It's a story that presents Blackness in a way that is quirky, witty and cool. It follows a girl who finds an invitation to a mythical greenhouse but realizes she has no address, no directions, and no transportation. We wanted to create a film that not only showcased our latest collection, "The Meadows," but also was a work that when standing alone could be a great mythical narrative. Solarium is The Greens. Our imaginary space of refugee.