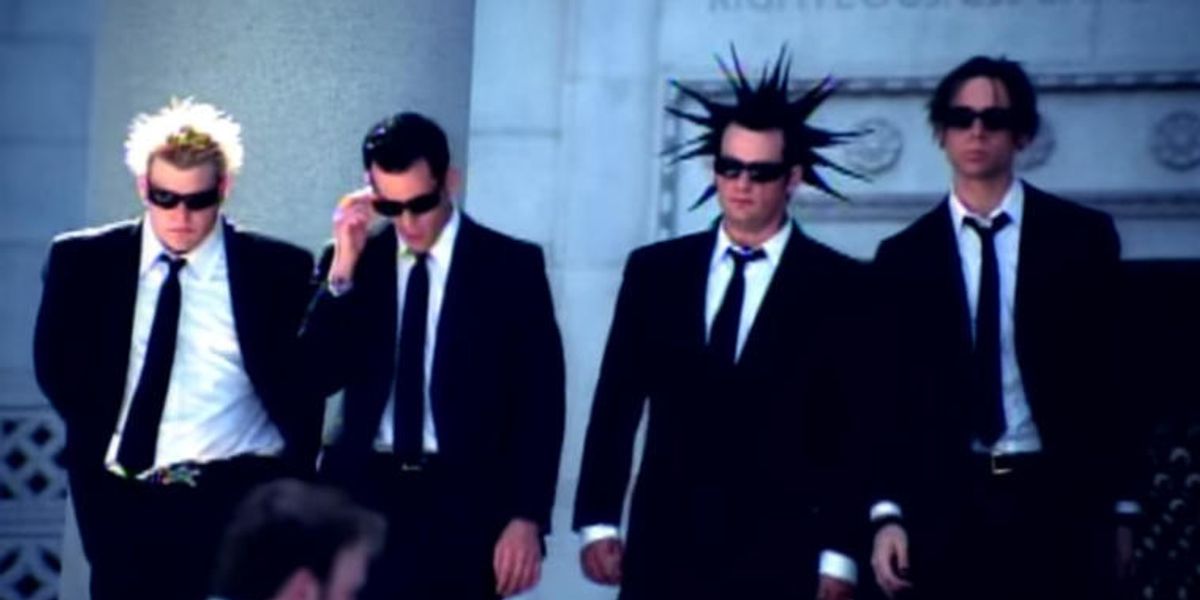 The Good Charlotte Retrospective You Didn't Know You Needed

Do you ever experience deja vu, that strange mental phenomenon credited to psychic forces and intuitive recall? When the "Shadowboxer" video by Good Charlotte dropped today, I certainly did. This isn't a bad thing, because it's a blast from the past; I was just talking about Good Charlotte with friends and colleagues, reflecting on their whereabouts.

Anyway, if you weren't aware, the group has continued recording music, releasing six studio albums including 2016's Youth Authority. "Shadowboxer" off their upcoming seventh album, Generation Rx, out September 14, continues in the vein of what Good Charlotte has always done so well. The video features a diverse cast of people gazing upon their reflections in the mirror, while the lyrics contemplate internalized self-hatred and facing one's demons: "All this hate will burn your life down/ All the pain you cause your own suffering/ Tell me when you look in the mirror and talk to yourself/ Do you even see at all?"

What we see is that we're glad that we can believe our own eyes: Good Charlotte is back and still fighting the good fight. Check out "Shadowboxer" below, but read on, there's more!

And now, a brief history lesson. The band and its frontmen, identical twin brothers and Benji and Joel Madden, first emerged in the early aughts during a time rife with artists bringing punk sensibility to Top 40 pop chart prominence, including Avril Lavigne, Sum-41, Fefe Dobson, AFI, All-American Rejects, Blink-182, and so many more. Good Charlotte broke through to mass consciousness with their 2002 megahit, "Lifestyles of the Rich & Famous," and —spiked hairstyles, black-and-white suit and tie, irreverent lyrics, deliriously catchy pop-punk sound and all — managed to capture American culture's Y2K-era obsession with celebrity, wealth, and power.

There was also "Girls & Boys," which relied on gendered stereotypes as an effective entry point for criticizing the immature relationships modern men and women find themselves in when embracing shallow value systems. And then, "The Anthem." (And those were just from one album, The Young and the Hopeless.) For deeper context, this whole scene seemed to converge, or directly conflict with the bubblegum pop movement that dominated American homes and airwaves. Where pop was "the system," the pop-punk era was anti-establishment (while working within the establishment), in some ways harking back to punk music's anarchistic origins. Rock music as a tool for conveying important social messages! Revisit those video below, and reminisce on where you were in 2002. I can only speak for myself here, but I was a teen who wore holey jeans covered in safety pins, heavy eyeliner, and wrote angsty poetry on my Xanga that no one will ever see.