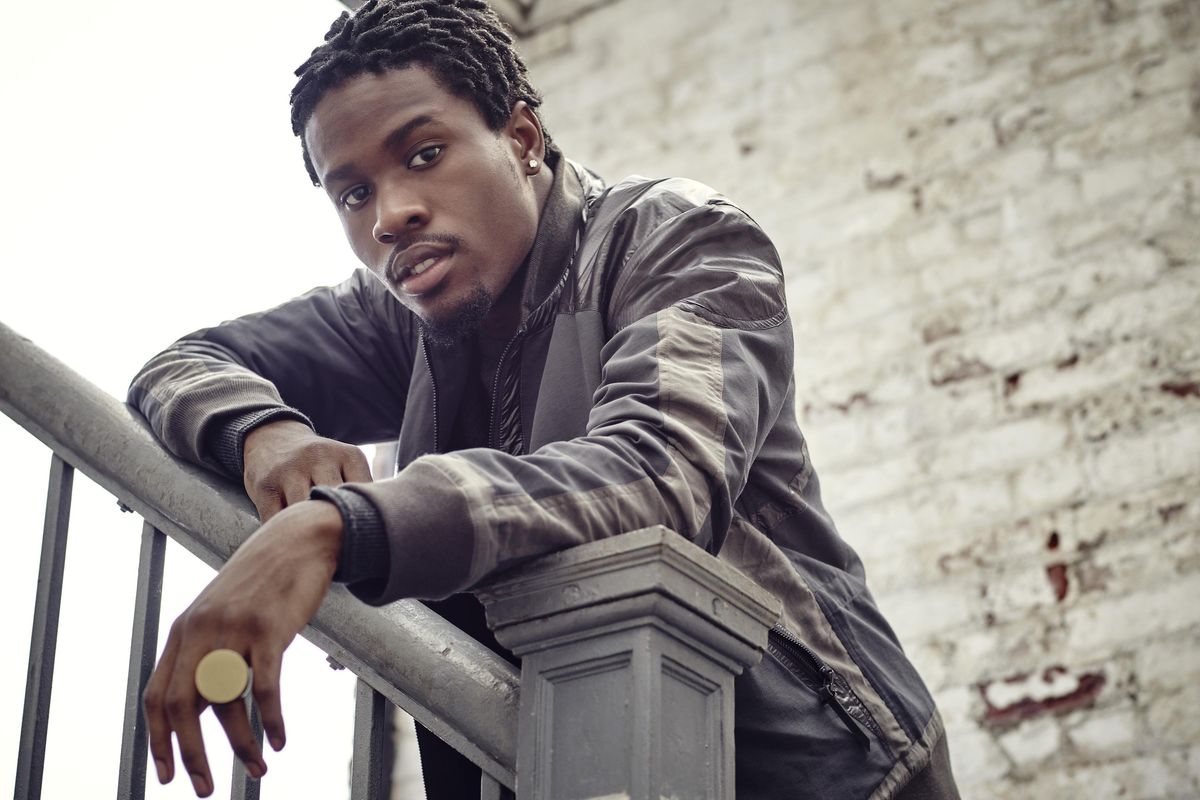 Shameik Moore has been keeping busy. The 21-year-old actor broke out in 2015 as the star of Sundance darling Dope, and went on to take a key role in Baz Luhrmann's 1970s birth of hip-hop epic The Get Down, and will star in the James-Franco directed The Pretenders. Not to mention, he's got a mix-tape and short film of his own dropping this spring. In The Get Down, Moore plays Shaolin Fantastic, a revolutionary Bronx DJ who, at the end of the first part of season one, is caught between the growing success of his hip-hop crew and his work with a local drug syndicate. Part 2 of season one comes out tomorrow on Netflix. We chatted with Moore about what's ahead for Shaolin in the new episodes, learning to be a B-Boy, and what's next for him (besides taking over PAPER's Instagram Story right now).

So at the end of Part 1 of Season 1, we left Shaolin Fantastic at a crossroads--he's got to decide whether to follow his friends in music, or go deeper into this more immediately lucrative work with Cadillac and the drug dealers.

Shao definitely has to figure things out and determine what is wrong and what is right.

Is that appealing to you as an actor, having to play that line of being both a little bit good and a little bit bad?

Definitely. I mean, it's cool, but next time I'd rather be completely bad! But I love playing Shaolin. He's a complex character.

The new episodes also feature a lot of animated sequences of the Get Down crew. Did you like the way you were translated into a cartoon? Think it was an accurate depiction?

I liked it. It was good. I didn't expect it.

Were you into comics as a kid?

I loved watching like Dragon Ball Z and stuff, but I wouldn't read the comics.

So it's kind of neat to get to see yourself as that cartoon.

Do you have a favorite scene from this upcoming series of episodes? One that was particularly fun or exciting to shoot, or particularly memorable?

It's so hard to choose favorite scenes, man! Everybody asks me that. It's so hard because I feel like I put my heart into so many of those scenes. It really will be the moment. I forget—I have to watch it over and over and I'm like, "Yo, I forgot I shot that." It took two years to finish this show—it wasn't like a six month process. It was like, we did some scenes that were cut out or they barely used a part of it—it's like almost a memory, you know? There's so many scenes. But one of my favorites, just off the top of my head, is when I am battling Cadillac, a dance battle. Yeah, you gotta see that.

Awesome. Did you have to practice a lot, or have a choreographer in for that?

I definitely had to practice a lot. We worked with a choreographer but I also did freestyling for that scene. It was, I mean, we practiced a lot because I'm not a B-boy naturally, so I had to learn the styles.

I can imagine. It's good though--you not only get to act, but you come out of it with some skills, you'll be able to dance battle in the future.

Luckily, I was already a battle-dancer long before I booked The Get Down.

Was learning how to work turntables another skill you learned on set, or did you already have experience with it?

I definitely didn't know how to operate turntables at all before the show. And Grandmaster Flash basically taught me his moves when he was working. Yeah, how he maneuvered behind the decks the way he does.

I have my mix tape coming out May 4. R&B with a little splash of dancehall vibes. There's a short film coming shortly after around that project. And a movie coming out at the end of the year called The Pretenders. There's a lot of stuff in the works.