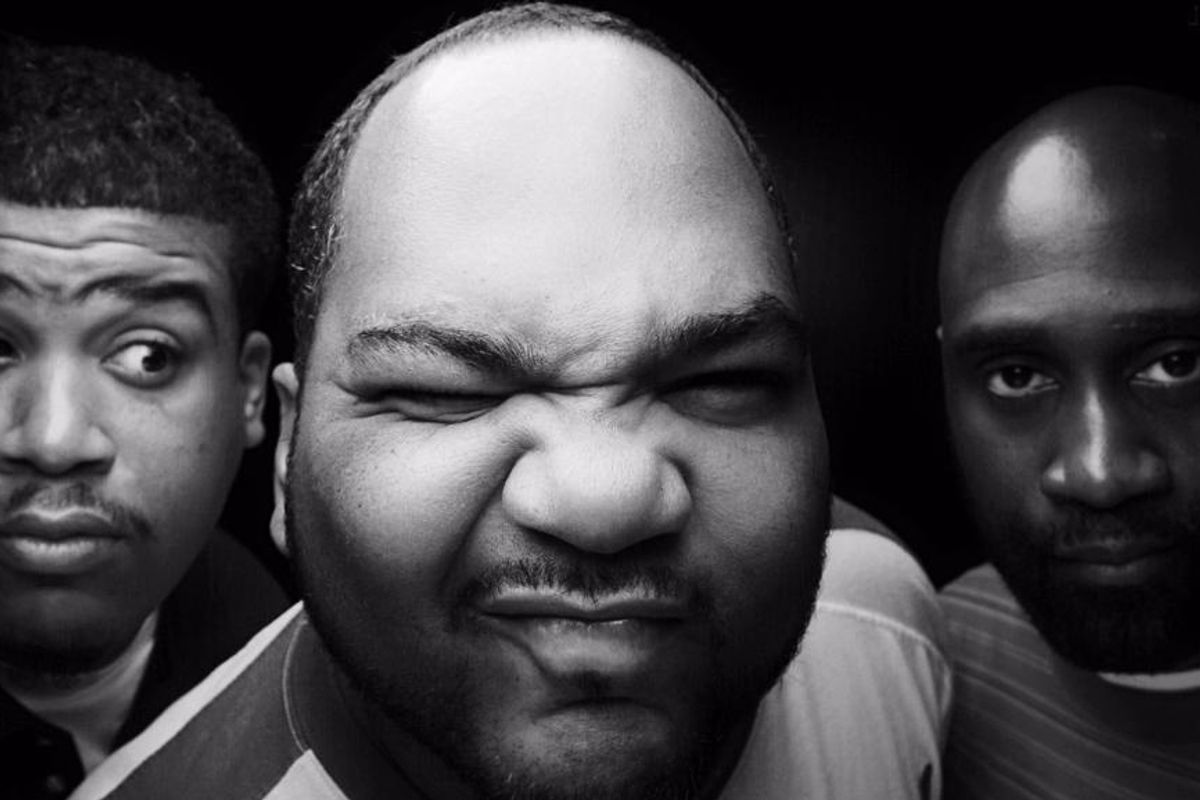 Pos From De La Soul on Originality, Absurdity and How Stevie Wonder Inspired a Hip-Hop O.G.

In 1989, Ice T released Power and NWA released Straight Outta Compton. Up until that point, rappers did two different things: they offered social commentary on urban life, and they stood really close to each other's faces and rapped back and forth about who was the best at rapping. Ice T and N.W.A. took the social commentary aspect of hip-hop and put it on steroids. Their lyrics told the harsh truths of South Central LA, and they didn't care who they offended. The backlash was intense, and a real threat -- Civil Rights leaders, the FBI and Congress alike wanted their music censored -- but that backlash only helped solidify the core defense of hip-hop: it was a Realist art form. If you don't like what you see, change the world, not the music reflecting the world.

But at the exact same time when N.W.A. and Ice T were doubling down on hip-hop realness, a trio from Long Island was taking hip-hop in the opposite direction. De La Soul's 1989 debut Three Feet High and Rising was metaphoric, abstract, and often surreal. Their music contained a social message, but you had to work hard to find it because half the time you didn't know what the hell they were talking about. They talked to squirrels and crocodiles, they rapped about potholes in their lawns, and they kept talking about some dude named Dante (who was a scrub). The album was riddled with inside jokes and absurd skits -- things you knew were funny even if you couldn't say why.

Their debut album cover was colored bright yellow and pink with hand-drawn Daisies. They called themselves Plug One, Two and Three. They sampled absolutely anyone -- from James Brown to Steely Dan to the Turtles, and they made those pieces fit in a pretty revolutionary way. De La was different in every way a hip-hop group could be different. We spoke to founding member Posdnuous about De La's creative drive, the origins of their absurd humor and abstract style, and asked Pos to explain how Stevie Wonder influenced his art.

Pos On Originality in Hip-Hop

"I think [being original] it's just about talking from your heart…I think when you can look into yourself and see there's 90 other motherfuckers saying the same thing, you can say well…what about me can I put out there that the 90 other people aren't saying? If it's the same subject matter, whether it's about the streets…if you can come from different angles with it, that's a part of being original."

Pos On De La's Humor and the Origin of their Skits

"For us, skits basically came from when we should have been in Mace's basement practicing our rhymes while he DJ'd…Mace [would be] cutting up another James Brown record, we should be saying our lines…and then we'd start doing silly stuff…And when you get to know your other peers you can see how they're just as funny. Like we toured with N.W.A. in 89 on the Nitro tour and we spent a lot of days just bugging out with Eazy, bugging out with Ren, and have good times…We didn't care if someone looked down upon it or thought we weren't hard enough…It was just very natural for us and we didn't feel the need to hide it."

"It was just the camaraderie and the lyrical competition and respect that I have for Dave. He was always such a great lyricist -- very vivid and colorful. I always felt like I needed to make sure I matched his skill level and I think he felt the same with me. We always paid attention to what we did and we were inspired by each other, just like when we were in school together and dressing differently. If he came to school wearing something different it made me feel comfortable like I could try it."

Pos On the Birth and Death of the D.A.I.S.Y. Age

"One day me and Dave was walking through the mall and we saw this long, pajama shirt with Minnie Mouse holding this Daisy on it. Before that we were trying to figure out a name for our production company..and we came up with Da Inner Sound Y'all, and we was like "that's cool, everything we do from the heart and soul, so D.A.I.S.Y." At our live shows we would have these girls and they were called the Flower Girls, and they would throw Daisies out. Now mind you, we're doing all this without any understanding of this is going to make people think we're hippies. Our label was like -- "YO, we can take this further, having these young black teenagers get access to a whole other crowd." And you know, honestly, it worked. It helped people to pay attention who would have normally not paid attention. And we never had a problem with that….We never felt like "this isn't hard enough"…we weren't really trying to present ourselves like that. We were hanging around people that slung drugs and people who was in the street, and they accepted who we were, so we never had a problem with it. But once it became the dominating thing that people talked about with De La, we had to kill it…That was the whole thing about De La…this journey with us is from the SOUL. Regardless if we have baggy pants on, Timbalands, or we're dressed clean cut it doesn't matter…this music is where our soul is growing and going to and that's what we want you to know."

Pos On Growing up with Stevie Wonder

"Being so young, to stand next to my father and have him play [Stevie's] 45s and hear his albums and his voice…he was young then, too, and continuously growing as I was growing. An album like Songs in the Key of Life, I just remember I could listen to it from beginning to end…I got to a point where my father said I could play with his albums and I'm trying to skip to my favorite songs. Songs in the Key of Life is one of the first albums I would let play from beginning to end. I would just be looking out the window. He was just hands down one of those artists that continuously grew and broke boundaries within music.

Hip-hop doesn't have boundaries…it was like a music that was born from the pain and the joy of other music, then brought through the feeling of what young kids could bring to it. Me being young and listening to the DJ cutting something that sounded so weird was the DJ cutting this incredible rock record or another DJ cutting this really amazing disco record, and another DJ cutting this amazing soul record by James Brown. So all of that lent to what became this culture that we put together and loved and nurtured. It was from all types of music. And even when sampling became big it was the same thing -- learning about the jazz records and everything we could bring about, calypso records, it was just all types of ingredients. To me that is hip-hop. It's like the child of all genres of music."