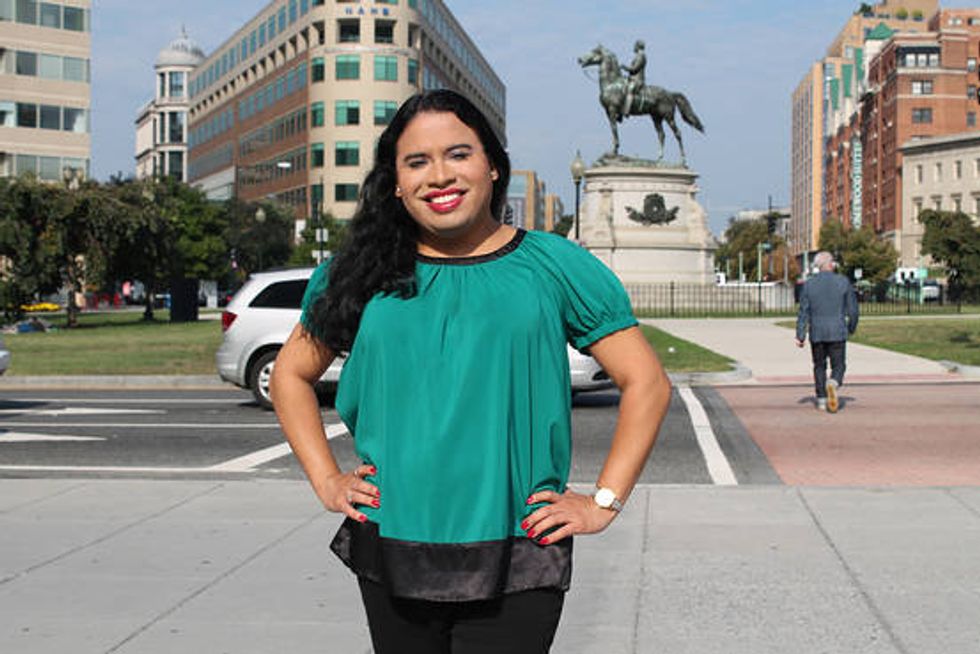 By Sandra Song
PAPERMAG
photo via National Center for Transgender Equality
The White House has just hired its first openly transgender staffer with President Obama's appointment of Raffi Freedman-Gurspan as the Outreach and Recruitment Director for Presidential Personnel yesterday.
A former policy advisor for the Racial and Economic Justice Initiative Policy Advisor at the National Center for Transgender Equality Advocates, Freedman-Gurspan is an important step toward ensuring that trans voices are also heard -- especially as she is a transwoman of color who has worked in the past to advocate for the rights of transgender prisoners and addressing violence against trans women of color, an issue too oft brushed aside. After all, Tamara Dominguez, was killed last week after being run over three times in front of her church -- and if she and the 16 other TWOC murdered this year aren't fucking wake-up calls for change, then I dunno what is.
A big part of Obama's effort to advance gender, racial and sexual-equality within his administration, White House senior advisor Valerie Jarrett said in a statement that Freedman-Gurspan's "commitment to bettering the lives of transgender Americans, particularly transgender people of color and those in poverty, reflects the values of this Administration." Claps all around.
[h/t The Advocate]
You May Also Like
Music