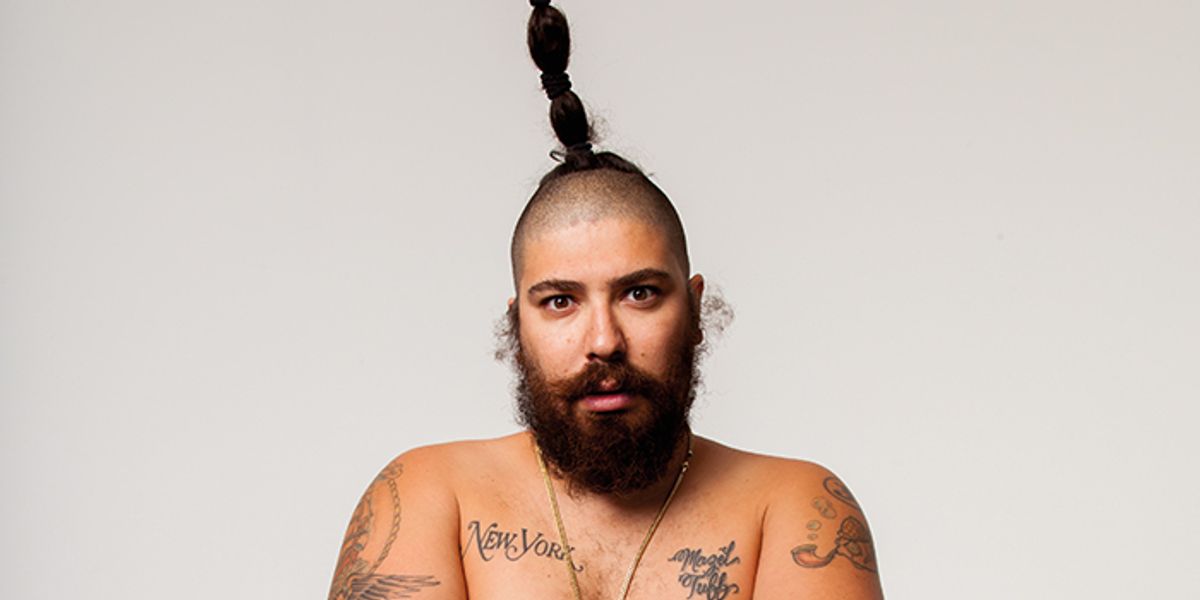 The Fat Jew's Book Got Stolen And Put On Twitter

Update: 11/06/15: After receiving a letter threatening legal action from Ostrovsky's publisher for posting scans of Money, Pizza, Respect, we have removed the direct links to the images from this post. While it's astonishing that this request was made, considering his career is based off the theft of material without giving credit, we continue to be humbled by his pathologically skewered morality.

Update 11/05/15, 6:30 p.m.: After reading through portions of The Fat Jew's stolen book, we felt the need to share a few choice highlights, so that you too can make the definitive decision to never give him any money ever again.

On the Just-Ok Women Competing in a Pregnant Bikini Contest He Judged: "It was a parade of preggo 4 1/2's, and then a few ridiculously hot, fuckable pregnant women."

An Entire Chapter Dedicated to His Groupies: Including deep dives explaining why three particular women (including a Stanford grad) were "psychotic" and how it can be hard to spot a "chuckle fucker" (girls who fuck funny guys, because "Sometimes they are overweights girls who try to do stand-up comedy"), all whilst listing the height and weight of these girls, complete with an "Issues" diagnosis.

4 Pages Dedicated Just To The Word "Boobs" Over And Over Again: 'Nuff said.

A Chapter About How He Likes To Ejaculate On World Monuments: Hit spots include the Pyramids and Great Wall.

The Fat Jew's been in some hot water as of late surrounding perceived plagiarism, and while that issue is still up for debate, it looks as if someone's taken him to task re: these accusations.

Recently, The Fat Jew, aka Josh Ostrovsky, published a book called Money Pizza Respect -- except now, instead of actually paying for it, you can just read the entire thing online thanks to Twitter user updog7. That's right, said user anonymously scanned every page of the (admittedly terrible) book, along with the snarky caption "hey there, i wrote a book."

And even though the Twitter account will likely be shuttered in the near future, @updog7 has conveniently assembled the whole thing into a Google Drive Document. Just in case you think it's a keeper.