The Extraordinary, Defiant To Die Like a Man Comes to the IFC Center 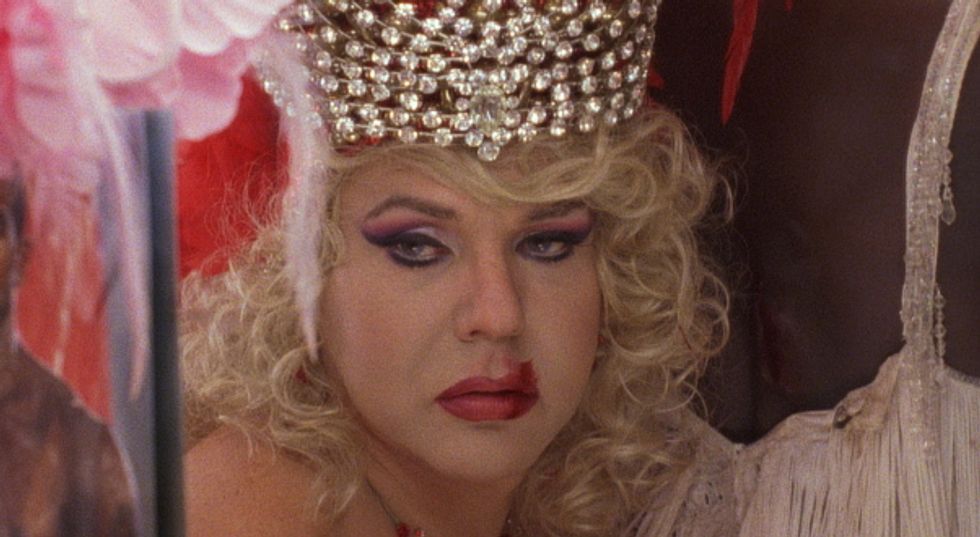 Opening this week at IFC Center is the extraordinary To Die Like A Man. The film follows the sorrowful, sordid last days of Tonia (Fernando Santos) a major drag performer in Lisbon in the 1980s, who is living with a troubled junkie named Rosario (Alexander David) who she loves unconditionally. There's a biological son, too, who went AWOL from the army after he shot a  fellow soldier following a homosexual encounter ,and who angrily storms through Tonia's world. Director Joao Pedro Rodrigues has always championed outsiders -- from the strange gay stalker in O Fantasma, to the woman possessed by the spirit of a dead gay man in Two Drifters, and in this film the fact that Tonia's last wish is to be buried as a man, despite the fact that she led her life extravagantly as a woman, is bittersweet irony. Parts of the movie are infuriatingly slow -- especially several long walks in the dark --  but they are offset by fabulous scenes like when Tonia visit the home of a dramatic, theatrical drag queen or when they sit on a hill and listen to Baby Dee's "Cavalry" in it's entirety. There is sweet poetry in the squalor.

Watch Carrie Brownstein In Movie Some Days Are Better Than Others